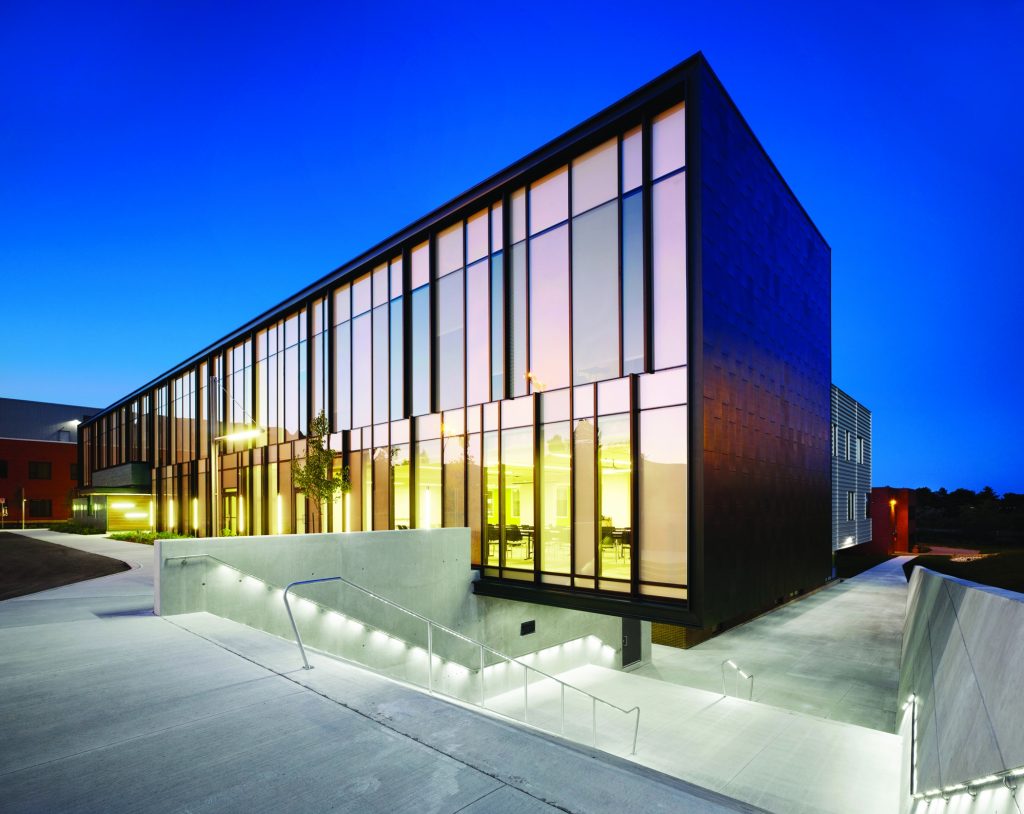 Ensuring a safe and healthy environment on university campuses has always been a tall task for the security professionals at these institutions, but new risks and heightened awareness of existing problems have added new dimensions to the responsibilities of campus security departments.

For Kirsty Bradley-McMurtrie, director of safety and security at Conestoga College in Kitchener, Ont., mental health is a priority at her school.

“My team are always the first responders to any medical situation, including mental health crises, so they’re all now trained in mental health first aid,” she says.

Bradley-McMurtrie continues, “There’s a real focus on how we respond to those situations, so we can better help the students that could be in crisis, or could be trying to reach out for help…we’re the only ones here 24/7, so for us it was important how we responded first at the scene to those incidents.”

Pat Patton, director, security and operations, for the University of Regina (U of R), agrees that there is a need for security officers to be able to respond to students grappling with mental health issues.

“We often see people at the face of an issue, if they’re having a challenge in the middle of the night, it’s often our folks that get called to it,” Patton says. Her officers also receive mental health first-aid training.

At Vancouver’s Simon Fraser University (SFU), there is a 24/7 number that’s available in over 40 different languages for students experiencing a crisis during off-hours, says Mark LaLonde, the school’s chief safety officer. “They can speak to somebody right away, which can then loop them into a physical meeting,” he says.

Man up against violence

Another issue that has received heightened attention on campuses in recent years is sexual violence.

To that extent, Patton has played a pivotal role in championing a sexual violence awareness program at U of R, “Man Up Against Violence.” The program emphasizes prevention and the root causes of gender-based and sexual violence, and it asks men to take an active role in prevention, by speaking out and speaking up. She was interviewed by Canadian Security magazine for the September/October 2016 edition about the program, when she was named Security Director of the Year. Now, in 2019, Patton says, “I think that people in general are starting to recognize the issue of gender-based violence and the issue around toxic masculinity and how that affects violence in our society and on our campuses.”

When it comes to recent developments like the #MeToo movement, Patton says, “I think it’s strengthened the resolve for the people on the university campus to understand that this is a major problem and that we need to have a solid policy in order to deal with it.”

With respect to that policy, “the university has undergone a bit of an assessment on the area around sexual violence and our response to that,” says Patton. “So, there is a task force that’s set up to support the policy that we have in place. What it ends up doing is giving us basically an integrated response, where we have more than just one unit involved in sexualized violence and responding to it — it’s really a group effort on behalf of the university.”

Bradley-McMurtrie says Conestoga focuses on educating its community on sexual violence, not just students but staff, visitors and contractors, and the school is offering new courses to staff and students, such as non-violent crisis intervention, “upstander” training (intervening against bullying or harassment) and free self-defence training. She says the school offers information for survivors on how to get support, on campus and off, reporting incidents, and for friends and allies of survivors, how they can help.

At SFU, there is a standalone office, the Sexual Violence Support & Prevention Office, which LaLonde says facilitates investigations, survivor support and safety planning.

Preparing for the worst

One of the most daunting challenges facing campus security is what to do in a worst-case scenario.

“We’ve got a schedule of how we do these throughout the year, and at least three times a year we’ll do something where we have the president and vice presidents involved as the senior policy group for an emergency,” LaLonde says.

He says his team has simulated a forest fire, a cyber breach and an active shooter situation.

In particular, the danger posed by an active shooter on a post-secondary campus has come into sharp focus.

“We use the run, hide, fight procedure for our lockdown,” says Bradley-McMurtrie.

Conestoga’s security director says it’s important to communicate to faculty what their responsibilities are in an emergency like a violent lockdown, and for faculty members to then communicate to students what their options are.

Another challenge, according to Bradley-McMurtrie, is ensuring her school’s emergency response policy is the same across its several different campuses in several different cities. “It doesn’t matter which campus you are at, you know the policy and procedure,” she says.

For U of R, their emergency response program is helped by a mass notification system called Alertus, which uses wall-mounted devices integrated throughout campus that provide visual, text and audio alerts in the event of an emergency. Patton says her staff can use the system to send out a message that is not only communicated through the wall beacons, but to TV monitors, desktop computers and student smart phones via the school’s app.

Conestoga has a mobile app specifically for safety which is used for emergency notification. Bradley-McMurtrie says the app also allows students to report suspicious activity, send their location to security staff in the event of an emergency and a sexual assault button is directly connected to 911. A safety toolbox, equipped with a flashlight and personal alarm, is also provided, as are links to support services and maps.

SFU also has an app for emergency messaging. “We’re trying to add more features to it to draw more users,” says LaLonde.

While campus security teams are adopting new tools, students also need to do their part to help keep themselves and their classmates safe. “We all have a level of responsibility in keeping
our own security,” says Patton. But it’s up to the security departments to communicate important safety tips to the students.

Patton elaborates, “A typical security group in terms of being proactive would always be giving the advice of locking up laptops, don’t leave things lying about, lock your door to your residence room, lock your car, make sure you hang on to your valuables, that kind of stuff, and I don’t think that has changed so much.”

LaLonde, who also sees safety and security as a shared responsibility, says faculty need to do their part as well, by learning where the emergency escape routes are, as well as the defibrillators. “Look at our online training materials around active threats, our emergency plans; what would you do if somebody had a heart attack in your classroom or there was some sort of event?”

Bradley-McMurtrie also stresses the importance of faculty and student orientation. She and her team go to a friends and family orientation for first year students to fill them in on the safety app, security resources, safe zones and how to deal with emergencies. As for returning students, they have videos they are required to watch prior to starting school. She says pop-up lunch and learn drop-in sessions are also helpful, as are giveaways, iPads for example, which can help keep a busy student body engaged.

Patton says student engagement is a challenge for her team is well: “They’re very busy young people, they’ve got lots on the go, so they don’t necessarily engage in the same way that I do as a working professional.”

LaLonde says, “We look at a whole variety of ways to get the message out to students throughout the year. We’re at all the different student events with a booth. When there’s a student fair we’ve got a booth at that. We’re constantly trying to get in their face.” He says his team is also engaged in a postcard campaign to educate students on emergency response.

While the tried and true methods of generating awareness still work, security departments are increasingly connecting with students online.

“We have online reporting, we have social media pages for students so we can connect with them that way, through Facebook and Twitter, as well as Instagram,” Bradley-McMurtrie says.

Patton says her team has had to become more savvy with social media: “We do have one or two staff that try to stay engaged in it…we’re trying to become more accepting of getting information via email, via social media, so students, that’s how they reach out now.” She says one of her department’s goals is to expand its online presence going forward.

While reaching out to students, both in-person and online, is a means of education, it can also help facilitate a better relationship between a campus security department and the students it is protecting.

Bradley-McMurtrie says her department has tried to be more accessible to students, with full service security desks in hallways. “We’re no longer behind a door…we are the first people that you see now, for assistance. We’re there to say good morning, have an interaction, not just security-related questions.” She continues, “We want to be seen more as a partner, rather than enforcement.”

Outreach to international students is particularly important to Bradley-McMurtrie’s team since, “depending on which country they come from, they might not have the trust of their local police or security in their own country.” Her staff makes an effort to explain their role and how security can support these international students.

LaLonde concurs that it is important not to be seen as an enforcement group, and stresses the importance of working with students, both by utilizing student safety patrollers and working with SFU’s undergraduate and graduate student societies. These student societies have been invited to take part in safety and emergency planning, and a new security hiring process had two student representatives on the interview panel. “They had an equal voice,” LaLonde says. “It worked really well, they were great; I’d do it again in a heartbeat.”

Patton agrees that a healthy partnership with students is crucial: “We’ve got 16 staff here that are out 24/7, but they can’t do it all on their own. Educating people to be their own best friend in these things and looking out for each other and working together with us, all of those things are still very important today.”