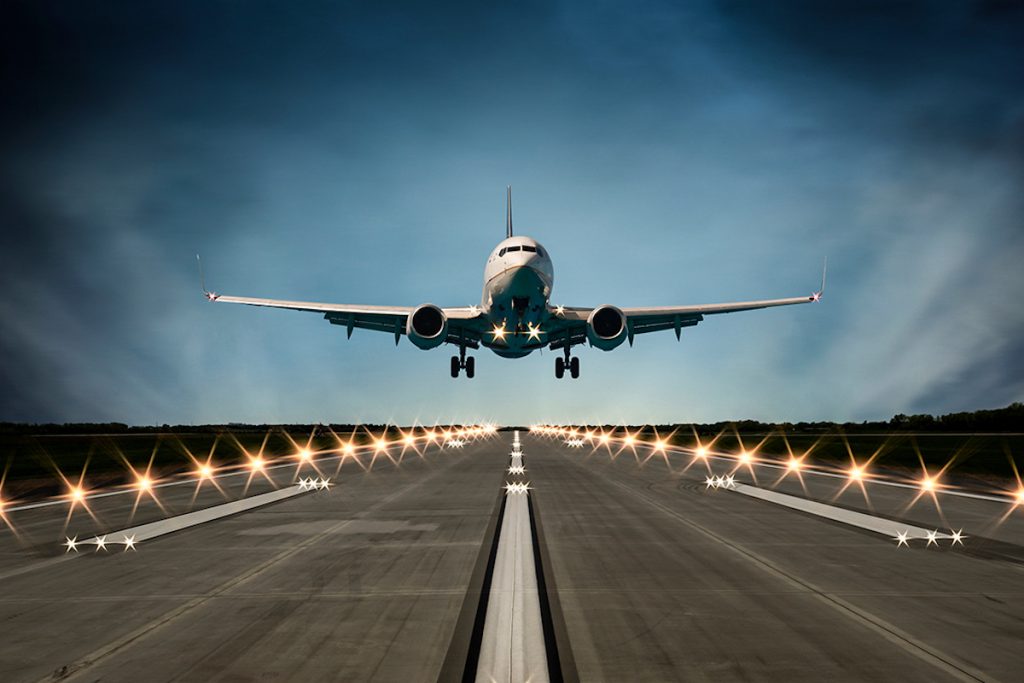 Just a few years ago, airports were practically synonymous with bustling crowds and long lines.

In 2020, that changed dramatically as people were encouraged to stay at home and travel was massively curtailed in an effort to limit the spread of COVID-19.

Airports are among the hardest hit industries as a direct result of the pandemic, with financial losses assessed to be in the billions of dollars. For security professionals working in Canadian airports, this dramatic shift also presented a new set of challenges.

Canadian Security, in collaboration with Wings magazine, asked some of these stakeholders to participate in a virtual roundtable to talk about the impact of the pandemic, as well as other issues that have affected the practice of airport security, including technology and training.

The roundtable discussion was conducted in the fall of 2021 and sponsored by Securitas Aviation Canada and Smiths Detection.

Onset of COVID-19
There are perhaps two hallmarks of the pandemic that have affected airport security most keenly: severely reduced travel volumes and new screening procedures.

“We went from being a relatively bustling airport of 15,000 to 20,000 people a day to days where we had maybe between 100 and 300 people in the airport,” said Michael Beaudette, vice-president of security, emergency management and customer transportation at Ottawa International Airport. He added, joking, “I think there were some days where we had more birds in the terminal than we had people. That’s how bad it was.”

Airports are known for a strong security culture of “eyes and ears” and a “see something, say something” mentality. Facing staff reductions, Beaudette said he took the opportunity to provide as much security training as possible. “We started increasing our red teaming exercises to keep people on their toes.”

Training exercises extended not only to airport staff, but to security partners as well, including police and government.

“We had canine teams from the police force [and] counter-terrorism organizations coming in. That physical presence was a good thing to have here as well,” added Beaudette.

The diminished presence of travelers and airport staff did allow airports to hone their focus on security culture, added Chris Phelan, vice-president of government and industry affairs at the Canadian Airports Council (CAC). “We’ve been doing a fair amount of discussion of this at the CAC Security Committee,” he said. “That’s one of the things that’s really come out this year is just how, when people hunkered down, the security culture of the airport has really revealed itself.”

An initial focus for CATSA was making sure its screening officers were provided with personal protective equipment (PPE) so they “could continue to do their jobs, and felt safe doing it,” said MacTavish.

The onset of the pandemic was akin to “drinking from a firehose,” in terms of coping with the sheer volume of information, she added, but CATSA has worked through a health crisis before, albeit on a much smaller scale, during the SARS epidemic in the early 2000s. Months before the coronavirus pandemic was declared in March 2020, CATSA was already monitoring the situation and preparing for change.

Denis Perron, senior director, screening technology at CATSA, said that the organization was tasked with deploying body-temperature screening devices early in the pandemic and on short notice. Acrylic barriers were also introduced at screening points, to “add a layer of protection between screening officers and those being screened,” he explained.

“I’m proud to say that CATSA was always there to do its part in terms of deploying tools or whatever was required to support the screening officers and to facilitate that passenger experience.”

Communicating with passengers
With so many business travelers grounded, either due to COVID mandates or restrictions imposed by their employers, the people moving through airports during the pandemic were often leisure travelers, less familiar with airport procedures.

Flight departures were sometimes scheduled into very tight timelines, which tended to create condensed peak periods and thus bottlenecks at security checkpoints, said MacTavish. “We’re trying to work with airports and with air carriers to get the message out to these leisure travelers about how they can come to the airports better prepared for the screening experience,” she explained.

Beaudette said Ottawa Airport has observed a change in behaviour amongst some passengers as a result of added stress due to the pandemic and a lack of familiarity with airport procedures and etiquette. “They get much more flustered,” he said. “And so things escalate very, very quickly when there are delays or when there’s frustration.”

Security personnel can provide a reassuring presence during these times, said Beaudette. Police patrols and canine units have “a calming effect,” he said. “People want to see that security is there.”

Police presence “tends to bring the tempers down and help people realize that this is a serious business,” agreed MacTavish. “When we have a calm and orderly processing of passengers, then the screening officers are better able to do their jobs, and to execute the mandate that they have.”

CATSA began implementing a more efficient approach to security screening several years ago. “CATSA Plus” is a screening system that incorporates the latest in available technology as well as streamlined processes that allow four passengers to divest their belongings simultaneously. It officially debuted at Calgary International Airport in 2016 and has since rolled out to other Canadian airports.

“I’m hoping once you see the passenger volumes come back, you’ll see the benefits of the CATSA Plus concept, which offers enhanced security effectiveness, while also processing passengers at a higher rate,” said Perron.

Nanette Fraser, sales account manager, Canada, at Smiths Detection, a global provider of screening and detection technology, said the company is always working on improved product efficiency and effectiveness. The development of remote monitoring for security checkpoint scanning equipment, for example, would allow operators to work from a standalone room.
“Another item we’re working on is more of an artificial intelligence application or automatic target recognition application (iCMORE) — what we consider deep learning,” said Fraser. The implementation of AI, configured for object recognition, would assist the operators in their detection duties during the pre-boarding security process.

Smiths Detection also develops CT (Computed Tomography) scanning technology, which, when used at pre-boarding security checkpoints, could significantly improve throughput. The technology is able to generate volumetric 3-D images of scanned carry-on baggage, meaning items like liquids and laptops may not need to be removed from bags.

Beaudette has implemented technology behind the scenes to improve the security posture in Ottawa. He indicated that video analytics technology has been very helpful in monitoring activity. Configured to detect movement, it can alert the security operations centre of any human activity in restricted areas, which helps the airport make the most of its security resources. Likewise, analytics can detect loitering and provide alerts. “It just makes you more situationally aware,” said Beaudette.

Virtual reality technology also plays a significant role at Ottawa Airport, providing a training environment that can be utilized not only by airport staff but by partners including police and fire agencies.

The airport has implemented XVR simulation technology, which can replicate emergencies ranging from crash events to lost dogs on the tarmac.

“We had our airport 3D-mapped and geospatially-mapped,” said Beaudette. “You can deal with just about any incident you could possibly imagine, primarily geared towards air incidents.… Whatever your imagination can come up with, we can reproduce it in a virtual reality environment.”

Constant change
Airport security professionals have had to react quickly to the strictures laid down by the pandemic, making adjustments to screening procedures and in some cases implementing new technology and mandates on short notice. But adaptation is a way of life in this industry.

The roundtable was convened not long after the 20th anniversary of the Sept. 11, 2001 terror attacks — an event that forever changed air travel globally. CATSA itself was created in 2002, less than a year after the tragedy.

“Transportation has continued to be targeted in the past 20 years in different ways,” said MacTavish, noting that air travel regulations about allowable liquids, aerosols and gels were implemented in 2006.

“But I think sometimes we forget that aviation security is a day-to-day thing. Its evolution is very incremental. And so a lot of what we deal with every day is about review, refinement [and] modifications to screening measures.”