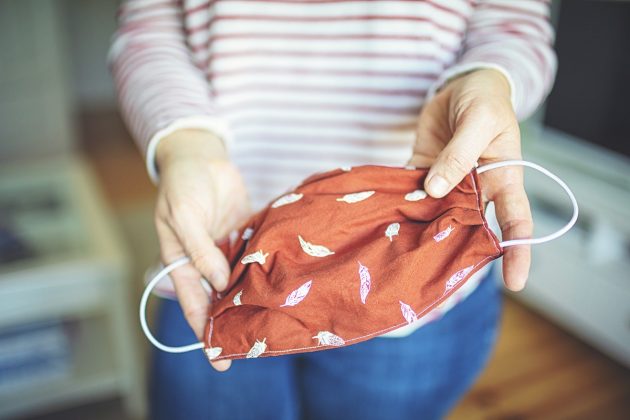 TORONTO — When Sept. 11 comes, Natasha Koifman’s backyard will be awash with chatter and music as up to 100 guests gather for an elegant dinner meant to raise funds for Haitians to access education.

But the public relations maven’s annual Artists for Peace and Justice gala will look very different from pre-pandemic years with its pared back guest list, outdoor setting and a plan to screen invitees in advance and ship anyone not fully vaccinated a COVID-19 test.

“It’s going to be fun, and we’re going to raise some meaningful funds, but I also want to make sure that we’re keeping people safe,” said Koifman, who typically hosts hundreds at the Windsor Arms Hotel or Casa Loma in Toronto.

Koifman’s gala, which is timed to the Toronto International Film Festival and has raised $33 million for Haiti since its inception in 2009, joins a trickle of events slowly filling calendars that sat empty for more than a year as party throwers cancelled gatherings in an effort to quell the virus.

With vaccination efforts now widespread and COVID-19 levels well below their Canadian highs, corporations and party circuit regulars are becoming more comfortable with bringing back their favourite fetes.

But there are thorny issues to consider. Should they require guests to be fully vaccinated? How do they deal with invitees unable or unwilling to get the vaccine? Do people still need to mask and physically distance?

Similar questions danced around Jason Goldlist’s mind as his TechTO industry group planned a patio dinner for 500 at the Slip restaurant along Toronto’s waterfront in early August.

TechTO surveyed the invitees in advance and found that only two were not fully vaccinated. They were offered a refund or ticket to a future gathering and accepted, said Goldlist.

To balance risks while fostering networking opportunities, attendees were assigned to tables of six.

The safety measures meant Goldlist was more worried about people getting along than about COVID.

“I was nervous we would forget how to interact in person and I was worried that people were going to want to mute each other or step away from the conversation to grab a coffee, but they were resilient,” said Goldlist.

“It was an electric atmosphere and I think people remembered what it used to be like and were excited for when it can all come back even more safely.”

Erin Bury has heard about recent events like Goldlist’s but hasn’t attended because she’s pregnant, wary of the more dangerous Delta variant of COVID and isn’t sure she wants to go back to a jam-packed social schedule so soon.

However, the co-founder of estate planning business Willful will gather with her staff of 15 in lieu of their annual summer retreat, which usually involves renting a Prince Edward County or Alliston, Ont. property.

Instead, they will likely picnic in a park, so attendees can distance and no one has to push their comfort levels.

“We were thinking about a Blue Jays game, especially because we have someone from Alberta, who has never been to one before, but the idea of a sporting event, concert or large public gatherings still seems too early for me personally, let alone for my team of 15,” she said.

“We do also have an obligation as an employer to create a safe environment.”

Safety obligations prompted Kia Canada to keep its guest list to 38 when it hosted a small, socially distanced outdoor event at the Kortright Centre for Conservation in Vaughan, Ont.

The July event was meant to launch Kia’s EV6 and featured a musical performance by Fefe Dobson that was streamed online by people who couldn’t be there in-person.

Guests, who paid $15 for tickets, parked two metres apart in the Sherway Gardens mall lot and were required to wear masks whenever distancing was not possible.

While other event planners have hosted similar drive-ins or relied on virtual methods, Koifman has kept her gala’s in-person format alive two pandemic years in a row.

Last year, an even smaller group gathered in her backyard.

Because this is the first year vaccinations are possible, she will send screening forms to invitees and COVID-19 tests for the unvaccinated.

“(Vaccination) is such a personal choice for so many people and I don’t want to intrude or impede on that, but I do want to ensure everyone does feel safe,” she said.

She will allow guests to unmask, but they’ll have to don one when entering her home to use the washroom.

She insists the protocols are worth it because she heard some Haitian charities lost 80 per cent of their funding after the pandemic increased the number of people in need and attention started to wane following the country’s 2010 earthquake and a visit Koifman made there aboutfive years ago.

“I remember this little boy in the classroom, as I was supposed to leave, saying, ‘you’re not gonna forget us. Will you?” she said.

“So I always think this is a cause that I committed to no matter what.”

This report by The Canadian Press was first published Sept. 5, 2021.