Retail theft on its way down

Retailers are beginning to stop the bleeding. The surprising results of a recent study show that the flow of stolen items out of their stores has gone down slightly, despite the bad economy. On the contrary, the recession served as a catalyst to step up efforts to combat theft with more training and technology. 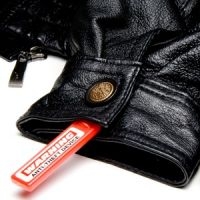 Retailers are beginning to stop the bleeding. The surprising results of a recent study show that the flow of stolen items out of their stores has gone down slightly, despite the bad economy. On the contrary, the recession served as a catalyst to step up efforts to combat theft with more training and technology.

“I would attribute the reduction firstly to staff training, and secondarily to technology. There’s been a lot of focus on education throughout the chain of command in retail,” says Bidwell.

West 49 marshals its troops
The bleak economic outlook last year galvanized many retailers into action. “We weren’t willing to lay down and accept defeat in the face of that,” says Jen Richard, director of resource protection at West 49 Inc., a Burlington, Ont.-based chain of 135 stores across Canada that sells trendy apparel, footwear and accessories.

West 49 has managed to reduce its shrink substantially over the past year, says Richard. “We ramped up our training and awareness program with our field management and sent out a battle cry, telling them exactly what our LP (loss prevention) goals are, what our attack plan is, and the specific contributions we expect of them.”

The company is open and transparent about its get-tough strategy, and offers incentives by tying compensation to the way staff manage shrink, she adds.

The multi-pronged strategy included training on how to identify shoplifting behaviour and employee dishonesty, monthly and quarterly operational audits, and greater scrutiny of inventory processes.

Internal theft is a bigger contributor to loss at West 49 than shoplifting, she says. “We mostly get amateur theft rather than professionals, organized crime or counterfeit rings. We get a lot of incidents like kids switching out their shoes and leaving their old pair in the box, and security tags literally ripped out of hoodies leaving fabric behind – so they’re not even using tools.”

While these are a big concern, losses were greater in internal incidents such as freebagging, where staff go through the motions of ringing items through the cash register but in fact don’t, and sweethearting, where staff allow their buddies to benefit from discounts, she says.

The company already had a whistleblower line in place, but did a blitz campaign every quarter with posters and other reminders to let staff know how to use it and what incidents they should report.

The audit component focused on inventory processes, says Richard. West 49 started conducting operational audits for the first time, rolling them out across the chain, and instituted more procedural controls.

“There are huge opportunities to reduce internal theft by improving accuracy. Without controls, this can lead to internal risk like stores modifying receipts for a shipment of 100 items and claiming they only got 90, which makes it look like a shipping error.”

Richard also invested in video analytics to combat theft, but had a bad experience with her first vendor, and had to turn to other vendors to get the system up and running.

“The first vendor made promises but didn’t come through. That company is going through some management changes, and still hasn’t delivered software updates. The analytics at entrances for people counting was supposed to be part of the basic program, but it still hasn’t been implemented. But Check Point and i3 have been great partners and completely open about what they’re going to do for me.”

She says she’s reviewed some of the newer anti-theft technology offerings, and they all have their pros and cons. “I like where vendors are going with video analytics tied to POS transactions to produce visual exception reports. But it’s too bad these systems aren’t affordable, as I’d love to integrate the two.”


Richard is still looking for the right security tag solution for West 49. “There are so many different types of technology, and I haven’t been able to find one solution that works well with all our items. You can try using two or three types of tags, but then you have to buy separate systems and detaggers. Integrated systems that can handle different types of tags would be great, as our cashier areas are already jam-packed with equipment.”

Like many retailers, LP and operations departments are pooling their resources to buy technology that serves multiple purposes at West 49. “I want more video security, and our operations department wants more people counting, so we can get both out of our video system.”

Broader trends
Canadian trends have been similar to the U.S. for the last 10 years, says Robert Miller, Toronto-based sales director at ADT Security Canada. He attributes the decrease in retail theft noted in the study to increased investment in video surveillance and electronic asset security (EAS) tags.

“The bigger retailers have more money to spend compared to two years ago, especially the big box stores. Smaller retail chains are also investing a bit more, but they’re more cautious about their spend.”

“They’re diversifying and now selling more higher-value items like gas grills and tools. Expensive cosmetic brands are another target for theft. There are a lot of mom and pop shops that are willing to buy those items and resell them at a discount.”

Retailers are also investing in more high-end EAS technology, which has been fortified with new capabilities, says Miller.

EAS pedestal readers at store entrances can now detect “booster bags.” he says. Professional thieves often walk into stores armed with innocent-looking shopping bags, typically the retailer’s own branded bags, which have been doctored with metal taped inside to block the EAS readers. Once inside, thieves fill the bag with merchandise, and then leave the store with impunity.

“EAS readers at entrances can now detect a large mass of metal when a person walks into the store, which sets off alarms. So booster bags are detected right away, before the thief has a chance to get into the store. These professionals are a small percentage of shoplifters, but when they hit you, they hit you hard.”

Vendors are also developing a variety of different tags that are harder to remove, says Bidwell. “They’re constantly coming up with new tagging designs, as EAS removal tools are available all over the Web on sites like Craiglist. They cost thousands of dollars but the cost is quickly recouped with stolen merchandise.”

Tags are also being developed for items that have been difficult to tag in the past such as leather handbags and shoes, says Miller. “Hard tags are usually attached with a pin, but you don’t want to pierce a handbag. Vendors have now developed metalized rope to attach the tag in a way that’s secure but doesn’t damage the item.”

EAS tags can also come with new operational capabilities such as people counting, he adds. “The EAS readers quietly read tags without emitting alarms, which are only set off if the tags haven’t been deactivated by a check-out clerk. People counting is a silent mechanism that works even after a tag is deactivated.”

Video surveillance installations have also increased in retail over the past year, says Net Payne, chief marketing officer at Ottawa-based video surveillance provider March Networks. On the video analytics front, vendors are starting to bring the price of these useful but expensive systems.

“As more and more customers deploy video analytics, the level of customization required goes down. We’ve been able to bring down the costs of our systems by 30 percent,” says Payne.