Denis O’Sullivan holds the distinction of being the first chairperson of the first chapter of ASIS International in Canada — the Edmonton chapter, established on Jan. 21, 1983. 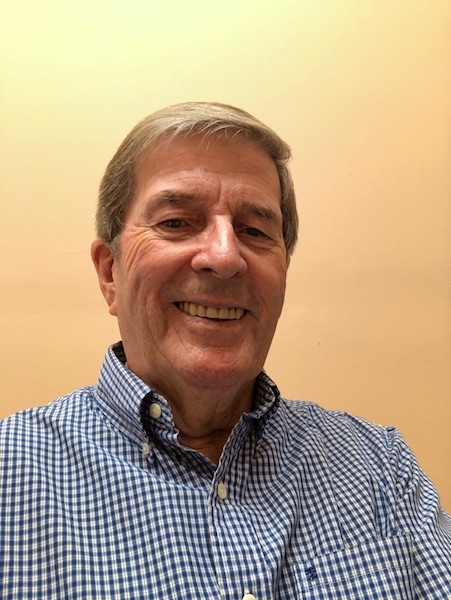 O’Sullivan is a security success story unto himself. He immigrated to Canada from Ireland in 1974, where he was a police officer — and, after serving on the Alberta Highway Patrol, joined the City of Edmonton’s security department in 1980.

O’Sullivan would later establish PPM 2000, an Edmonton-based security company that offered incident management solutions for more than 20 years before it was acquired by a Toronto investment firm called Klass Capital. (PPM was eventually rebranded Resolver through a separate acquisition.)

In the intervening years, O’Sullivan developed a close relationship with ASIS International and, along with security legend Ron Minion, helped to establish its Canadian presence.

Canadian Security spoke to O’Sullivan from his California home and asked him to share some memories of how it all got started.

Canadian Security: How did you initially get involved in ASIS International?

Denis O’Sullivan: I joined the City of Edmonton in 1980. Just before I joined, I became a member of ASIS. After joining, probably about 10 other security professionals with the city also joined ASIS.

I think together we became the catalyst for starting the local chapter. The City was the catalyst in broaching the subject with other security management people in Edmonton. We collectively petitioned for a chapter charter. We needed 21 members. We had a really tough time getting them, but we did.

One of the leaders of ASIS, the regional vice-president from Seattle, came up and presented us the charter.

CS: According to ASIS, Edmonton is technically the first chapter in Canada, but a Calgary chapter followed just a few months later.

DO: We agreed from the get-go that the Edmonton chapter would only take
half the province, leaving Ron Minion the opportunity to start the other Alberta chapter [in Calgary]. [Minion] also created a lot of educational opportunities for the security management people in Alberta. He ran conferences every year. He mentored us. The award that was named after him was well justified. (Ed. note: ASIS Canada’s annual Security Pioneer Award was named after security professional Ron Minion, who, along with O’Sullivan and others, was instrumental in bringing ASIS to Canada. Minion was the first chairperson of the Calgary chapter and also the first senior regional vice-president (SRVP) for ASIS International in Canada.)

CS: Did the two Alberta chapters share some common interests?

DO: The interest [in the Calgary and Edmonton chapters] was definitely in parallel. Some people interested in the southern Alberta chapter from Calgary attended some of our meetings where we were discussing the formation of the chapter. Again, it would have been largely under the leadership of Ron.

CS: What is your memory of the regular chapter meetings?

DO: The highlight of every luncheon was a guest speaker — anybody from the chief of police to the mayor. The one thing about the chapter, and this was definitely not down to me, was that we had many members who were very forward-thinking. They were very supportive of new ideas.

One of the early things that the Edmonton chapter did was approach the University of Alberta and asked them if they would allow us to form a certificate program in security management as part of the extension program. We were very lucky that they agreed. The following year, we were given the job to develop the curriculum for three courses in security management. I think there were five additional courses that were in general management. That was one of the high accomplishments of the Edmonton chapter.

CS: What was your relationship like with ASIS leadership in the U.S.?

DO: The relationship I remember was absolutely fantastic. They embraced us as Canadians and they highlighted us at the annual conference. We put on a Canada Night from the get-go [now entering its 26th year] and all the board members would attend that function. The Canadians were definitely the new kids on the block but they were a favourite of the leadership at ASIS.

This article originally appeared in the July/August 2018 issue of Canadian Security.
Print this page