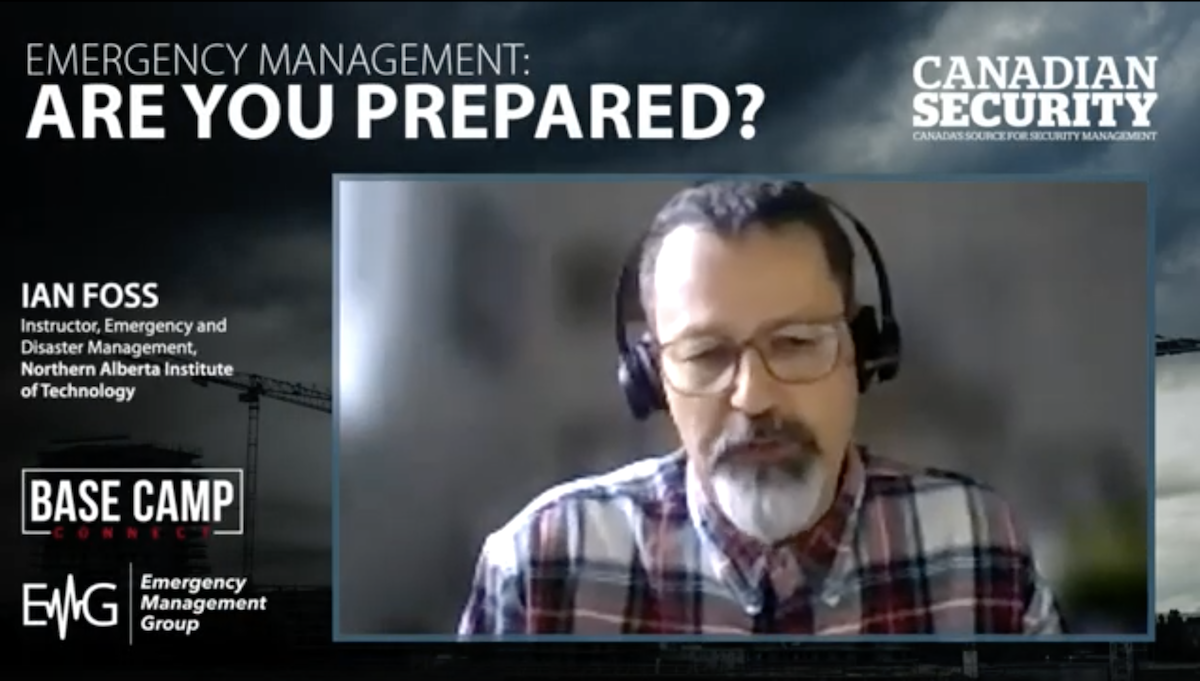 How does a risk-based approach benefit emergency management professionals?

How do we respond to a 24-hour emergency, 365 days a year, multiple years in a row? That’s a change, a change from when I started. I can remember, you know, a couple of weeks a year of major activation.

And then, not that long ago, it was a few months a year. And now it’s 365 days a year. So, it almost needs a different approach. It’s not that you’re doing it off the side of your desk anymore. You need somebody to be in those seats, all year round.

So, there’s been a change. In the past, when it was two weeks, or even a couple of months, you can put your daily business down, you can put things on your desk aside for a couple of weeks as you deal with the emergent nature of whatever it is.

But I think the data and metrics will show that as well. And, you know, as we move forward, we’re going to learn more, obviously, as we always do. As an emergency manager, that is the nice thing, is that we typically learn from our experiences and pass those wise practices on so that we don’t have to learn the same lesson again and again.

How can emergency managers collaborate more effectively across organizations and share resources and best practices?

To some extent, I think this is happening now. There are provincial or interprovincial agreements in place. You know, during the atmospheric river, I can remember working with people from B.C., Alberta, Manitoba, Saskatchewan, Ontario, which in a catastrophic event is pretty normal — we want people to move across the country.

And I think we should be doing that, you know, every time we exercise these things, whether there’s an agreement in place or not. If our neighbours are at risk, we need to be there for them. That’s a wise practice.

And I think that we need to learn again, and again, as any type of a major event happens across the province, or any province, or even in the States, you know, they’re our neighbours as well. There’s an agreement in place between Alberta, B.C., Washington State and several of the U.S. states and, you know, perhaps in a catastrophic earthquake that would impact us all equally…

These are the kinds of events that, you know, I think we’re duty bound to continue sharing experience — that’s not experience you can buy. You need something to happen. And then you need somebody to call somebody else and ask for help.

I teach at a school. Several of the instructors I teach with in their other roles — because most of us that teach also have a base role — in their base roles ended up in British Columbia. A multitude of people reached out through different mechanisms asking to help, but because of the provincial agreement, it’s very easy to get a provincial staff member or even an academic to transition across the province and assist in the case of an emergency.

During the atmospheric river, for several weeks there was different stuff moving across, and those are the things that we need to do, you know, those staff travel and those experiences that they get, does benefit us all.

So, if people come to B.C. and experienced atmospheric river, you know, maybe the flood in Alberta next. It’s the same staff that were here for that, plus some of the B.C. staff, and maybe the other provinces that were there as well, that have seen it from the B.C. example.

And then, maybe if it happens in Alberta, and we get to go help there, or Saskatchewan, or whichever province. I think all of us overall benefit by those experiences and seeing how it’s run, because not everybody’s going to do it in the same way.

You know, we all teach and we all learn academic examples, and then there’s the real world. So, what does it look like? And I think that in emergency management, it’s such a small world. And typically not impacted at the same time.

We have those opportunities to share, and this is how we build strength across the country — by responding together in this way. It doesn’t have to be your entire department. You can send one or two staff to bring back the lesson.

There’s a different feeling than when you read the report, you know, when you were there to see how it worked and hear the things in the room and just experience it. It’s very, very different than reading a report after the fact or seeing a video because, when you’re deployed, you sort of live and breathe it for a certain period.