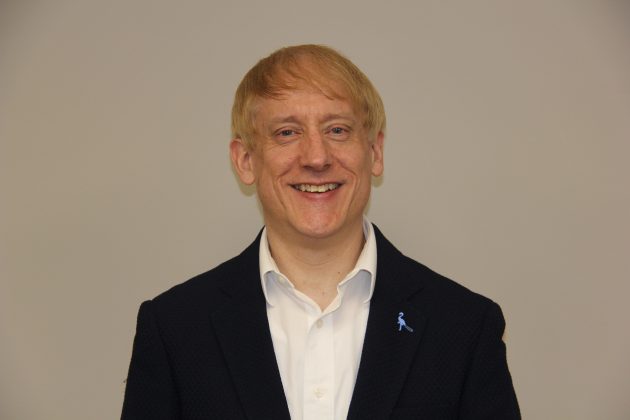 Since 2018, when the Government of Canada legalized cannabis from coast to coast, licensed producers have had to constantly navigate changing regulations, volatile markets and surges of mergers and acquisitions within the sector.

Grow Opportunity: Please tell us how you started in the industry, and how your position evolved to where you are today.

David Hyde: It’s been a really eclectic kind of journey. I didn’t expect to be in the cannabis industry at all. I spent 20 years working for a very large corporation, ending up as a global director of security and risk management. So, a very business kind of background.

While I was security consulting, I was also doing a TV hit for CBC — I did quite a lot in the old days of national security, terrorism related news, news stories. The CEO, at the time, of Bedrocan, which was one of the first Canadian LPs, and a well-known global LP, saw me on the news and rang me up after and said, “Hey, I saw you talking about security. We need some security specialists for this new cannabis regulated industry that’s coming around. We want to be one of the first out of the gate, and we’d love to have you on board.” So, we met for a coffee, and he introduced me to cannabis, the science of cannabis and what’s behind it, including the medicinal qualities. From that point, I started to learn and read up on it. I jumped in with both feet.

GO: What are the biggest changes, both positive and negative, in the Canadian cannabis industry since its legalization?

DH: For me, the big changes that I’ve seen is of course medical cannabis regulation that came into place with the MMPR and then ACMPR. I really feel that the medicinal side of the industry has been left behind with recreational use coming out in October 2018. One of the things that I think can be improved is the focus on medical cannabis in this country. The education of doctors and patients is important for some medical patients don’t want to speak to a budtender. With all due respect, there are some great budtenders out there, but they’re not medicinal professionals. We need a much better system where patients can get really good support, education, and be motivated to get medical cannabis through their insurance packages, and not taxed as well.

Another change is in product development, which has evolved with competition. We’ve definitely seen some companies make bad decisions, like perhaps borrow too much money, or not have sound business fundamentals, and today they’re paying a price. We’ve also seen a lot of consolidation in the industry, but we’re also seeing the positivity of that. There are some companies out there now that have learned those lessons, and have realized that you can’t overspend, you can’t overbill, and you must be lean and mean when it comes to how you operate your business. In the end, you must apply sound business fundamentals, which was missing in the early days of the regulated cannabis industry.

GO: Where do you see the industry heading both in the short-term and long-term?

DH: Over the next five to 10 years, slowly but surely, we are going to see a kind of a leveling out of the regulatory burden. I like to call it, the “right touch approach” to regulation. I think Health Canada understands that concept. They came out of the gate strong, which I think you can defend, but today it’s a bit of a new vanguard. Remember, cannabis is a substance that’s regulated through global conventions. So, Health Canada had to be cautious, but now we’re nine years in, and they’ve learned a lot.

I also think people are realizing that you really can’t do it all. We’ve now seen many cannabis companies stop trying to be all things to all people. They are starting to pick specific lanes of expertise where they have the best people, the best team, the lowest cost of goods, the right type of products, or the right type of methodologies, and the right type of IP. I think we’re starting to see some of the cream rise to the top, if you will, in some parts of the industry. That will continue and we will start to see greater success when more companies narrow your focus, versus trying to be the biggest and baddest — companies that make all the claims of what they are going to be one day, which never really comes to fruition.