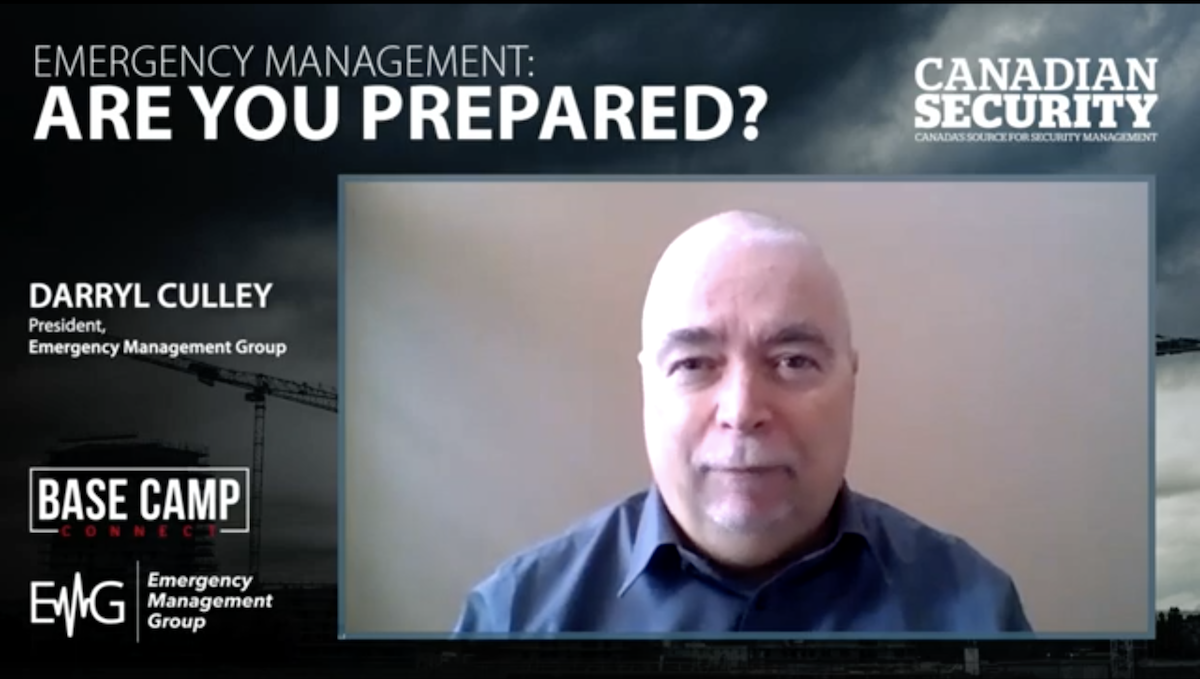 Has the pandemic raised the stakes for emergency management and boosted investment?

Governments, in particular, have invested heavily in the pandemic response, as well as post-pandemic preparation, in the event of something happening in the future.

What we have to realize is that, although this was a major event, you know four million people in Canada have had COVID since the beginning of the event — 48,000 Canadians have died — that this was not the worst-case scenario.

Worst-case scenario, if we go back to the Spanish flu again, that attacked primarily people between 15 and 30 years old and was a major disruption in not just the society, but a whole generation was devastated through the deaths.

So it had a, you know, a greater impact on the economy and that sort of thing, per capita. And I don’t want to minimize the illnesses people went through or the deaths. But I’m hoping that organizations don’t say, “Hey, this is as bad as it can get. We’re prepared, because we got through it once.”

And that includes governments. There is the potential for something more severe, and we need to be prepared for it. Has it opened the eyes of the population and the government in turn? Absolutely.

Following SARS, which primarily affected Ontario and part of British Columbia, there was investment into pandemic planning. And we were actively involved in a number of clients in developing pandemic plans back in the years after that.

By 2010, you know, the memory was gone. People, were … the last thing they wanted to talk about was pandemics. So it takes an event to get people focused, to get governments invested, to get organizations prepared to start planning for it.

What is the best way to engage your organization or C-suite when it comes to emergency management planning and response?

It’s a very challenging question, on how do we reach the C suite? Because as emergency managers, we’re always going into the room talking doom and gloom, right?

And so they’re always hearing that negative component, as opposed to what are the good things that are happening.

And so, to better engage the C-suite, we need to be talking about our value. How, you know, when something has been successful. And prevention or mitigation, how did that benefit the company? How did that provide savings for the company? What are the benefits of emergency preparedness as opposed to “If you don’t do this, there’s going to be a lot of risk.”

Sometimes it takes that significant incident to actually get you into the office or in front of the executive team. As emergency managers we need to be, as opposed to being reactionary, we need to be giving them short little bits and bites. Get in front of them five minutes a month, and say, “Here’s what we’re doing. Here’s the successes. And here’s the areas that we’re struggling in.”

And then, just leave it with them. And build that up, five minutes a month, so that they don’t forget you’re there.

The other thing that I think emergency managers should be doing is, particularly in larger organizations, where you’re just one of a thousand or thousands of employees, is be giving your card to those executives and saying, “I’m your solver.”

“As the emergency manager, I’m here to identify issues and solve them. And that’s the strength of our department. And so if you have any questions, any concerns, give us a call, make sure I’m on your speed dial.”

While I’m trying to project, you know, try to be positive, what we do deal with are the risks. And we are a cost that I don’t want to say is non productive, but is seen as non productive. We’re seen as a cost centre as opposed to a revenue generating centre. And that’s why emergency managers really have to focus on what are the benefits for the company.