Perimeter: The first line of defence 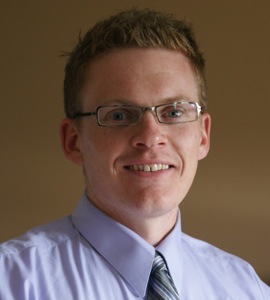 Whether you are responsible for protecting critical infrastructure, financial institutions, retail or public sector facilities, perimeter security is the first line of defence in a comprehensive physical security program.

Deterrence
Perimeter security countermeasures should be configured with the goal of deterring most adversaries from selecting your facility as a target. However, the security practitioner must keep in mind that no facility is completely immune from an attack by all types of adversaries. Signs, fences, lights, sensors and security personnel all have a psychological impact on individuals who may be gathering information during the target selection process. Ideally, if perimeter security countermeasures have been implemented properly, adversaries with limited knowledge and skill will see the risk of detection is far greater than the reward that lies within the perimeter, and they will move on to another target.

Detection
The more skilled and desperate an adversary, the less likely they are to be deterred. In these situations, detection of adversary activity is crucial to protecting the assets within your perimeter. If at all possible, the security practitioner will have input during the facility design stages so detection equipment is implemented as far out from the asset as possible. One example would be the installation of detection devices on the perimeter fence of a power plant. In this case, detection would occur possibly 100-200 feet from the facility. In a retail setting, detection would occur at the perimeter walls and portals of the structure. In either case, detection of adversary activity must occur at the earliest point possible.

Detection is not complete without assessment. Assessment is the
process of determining the cause of the alarm condition and deciding on
the appropriate response. Assessment can be accomplished by on-site
security forces, remote video monitoring or through the use of other
devices. Although technological devices are far superior to humans in
detecting adversary actions, humans are best used in assessing and
responding to these situations.

Early detection will provide security and law enforcement officials a greater amount of time to respond to the situation.

Delay
In the event an adversary chooses to attack your facility, perimeter
countermeasures should provide as much of a delay as possible after
detection has occurred. A common mistake made non-security
professionals is placing delay mechanisms prior to detection
equipment. One example would be a retail store owner placing security
bars on the outside of his storefront windows. Without implementing
detection equipment to supplement the outer security bars (i.e. shock
sensors, CCTV with motion activation), an adversary could have all the
time he required to remove the bars without being detected. In order
for the delay elements of physical countermeasures to be effective, the
configuration of such devices and structures must be done well in
advance.

Countermeasure selection
When selecting perimeter security countermeasures it is important to
examine the design limitations of the device and how it is impacted by
environmental conditions. Furthermore, the practitioner must ensure
that the correct technology is selected for the application. One of
the main challenges security professionals run into when designing
perimeter detection systems is environmental conditions. Among many
things, you have to consider weather, topography, wildlife, natural
lighting, vegetation and soil conditions. Many types of devices are
sensitive to these elements and more. There are a number of methods
the practitioner can use to reduce or eliminate both false and nuisance
alarms. Installing dual technology sensors, complimentary sensors or
combining different types of sensors are all ways to increase detection
while keeping false alarm rates low.

A few examples of improperly selected perimeter detection
countermeasures can include a fence mounted stationary CCTV camera that
is aimed facing directly east or west; an active infra-red sensor
installed in a location that receives a large amount of snow or that is
overgrown with vegetation; and the installation of in-ground
fiber-optic sensors near railroad tracks.

False alarms or nuisance alarms caused by the implementation of a
countermeasure that does not meet site specific requirements may lead
to vulnerabilities in the overall physical protection system. All too
often do we see expensive intrusion detection systems left unused
because the wrong type of technology was chosen for the application and
the facility owner is unhappy with the number of false alarms. With
careful planning and countermeasure selection, these types of
situations can be avoided.

Although improvements in technology make perimeter detection devices
smarter and more effective, the planning, testing and implementation of
these devices requires input from the security practitioner.

When choosing countermeasures and considering how the different
technologies will compliment each other, it is important to remember
the concept of protection-in-depth. If an adversary chooses your
facility as a target, he must bypass or defeat a system of increasingly
more robust countermeasures that begin at the outer perimeter.
Similarly, no matter how an adversary attempts to achieve his goal,
effective components of the entire physical security system should be
encountered.

The saying “a chain is only as strong as the weakest link” applies
directly to the planning and design of a perimeter security system. Think of the homeowner who installs a high-end lockset on his front
door, has exterior lights that detect motion, has signage on his lawn
indicating that there is an alarm system installed and has reduced his
landscaping to increase levels of natural surveillance. These
perimeter security countermeasures will deter some adversaries.
However, the determined or seasoned criminal will see that the glass
sidelight in the door frame presents a weakness that can easily be
exploited. In the majority of cases, homeowners will not have
installed glass security laminate. The unprotected glass sidelight is
the weak link in this chain of perimeter security countermeasures.

Perimeter security plays an important role in any physical protection
system. Both the practitioner and the client must understand what is
to be protected, from whom it is to be protected and what the desired
outcomes are for this system. The client must also understand what the
limitations are and that countermeasures of similar or greater
protection must be implemented between the perimeter and the asset.

Adam Storms is a Security Analyst for the Alberta Electric System  Operator. He has spent 10 years in the security industry and is
board certified in physical security through the American Society   for
Industrial Security. He has experience with retail loss prevention,
corporate security as well as critical infrastructure  protection.