Canada’s borders are safer thanks to the groundbreaking work of an up-and-coming Ottawa researcher who is being recognized for his contributions to developing a first-of-its-kind innovation that is helping aerial surveillance missions in Canada operate more efficiently and accurately. 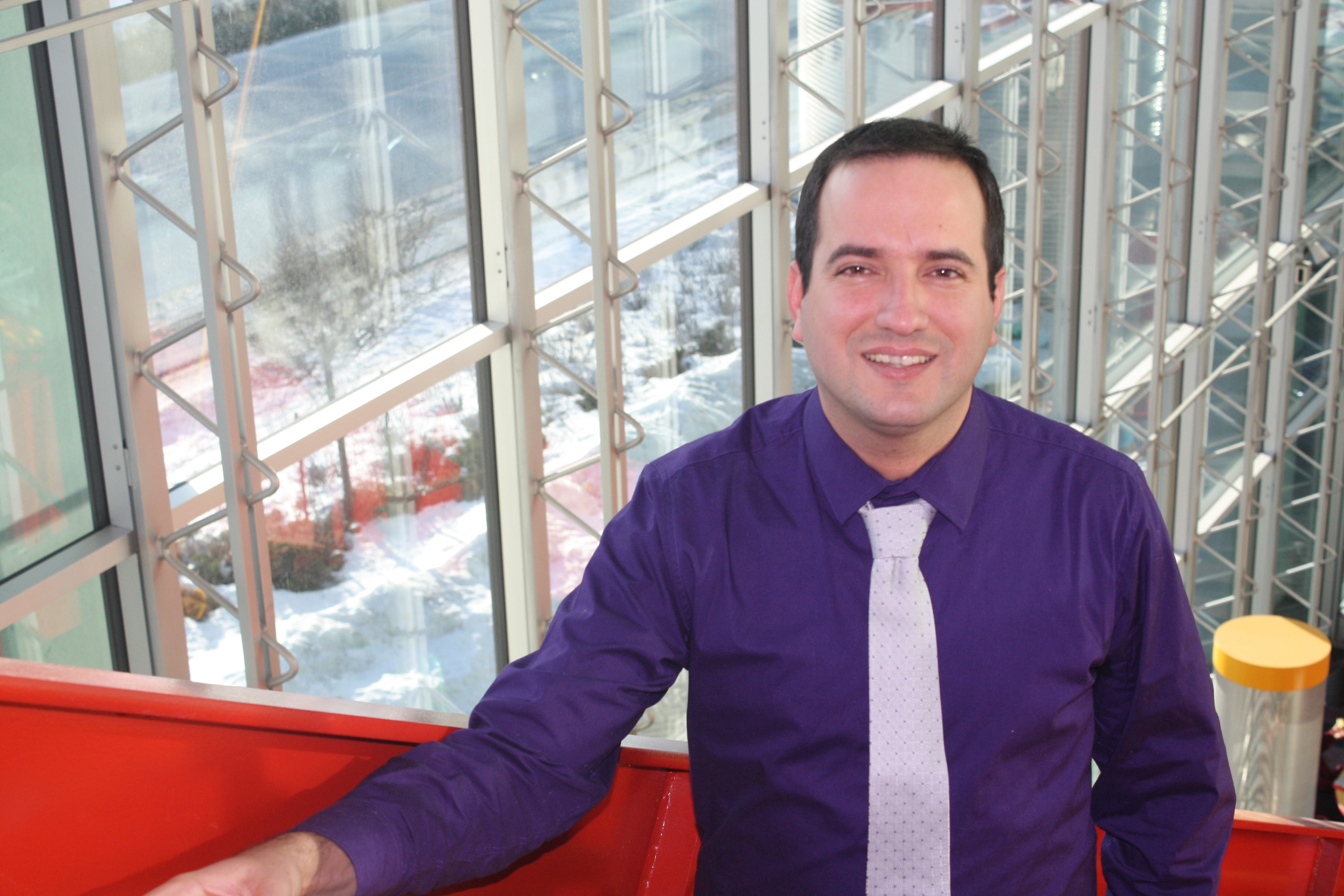 Rafael Falcon, who graduated with a PhD from the School of Electrical Engineering and Computer Science at the University of Ottawa, will be presented the Mitacs & NRC-IRAP Award for Commercialization in Ottawa on November 18. The award is being presented to Falcon by Pam Bjorson, Executive Vice-President of the National Research Council, on behalf of Mitacs (www.mitacs.ca), a national private, not-for-profit organization that partners companies, government and academia to promote Canadian research and training.

Falcon was nominated for the award by Ottawa-based Larus Technologies, a company that specializes in next-generation technology for developers of mission-critical safety and security systems. Now a full-time research scientist at Larus, Falcon is being recognized for his groundbreaking contribution to the company’s Total::Insight™ product. Primarily used by security and defense contractors, Total::Insight is a first-of-its-kind multi-sensor, multi-source decision support system that quickly analyzes and interprets huge amounts of data – both information collected from remote sensors as well as human input. It is currently being used by Canada’s Department of National Defence to ensure aerial surveillance aircraft are optimally deployed to maximize coverage, reduce cost and minimize pilot strain, among other mission-critical objectives.

Falcon’s innovation is called the Risk Management Framework (RMF), which is unique in the predictive analysis industry for its ability to layer risk awareness on top of decision support. As Falcon explains, the RMF enables Total::Insight to intelligently explore a space of hundreds of millions of possible scenarios and alternatives in a matter of minutes or even seconds from a risk-driven angle, and then provide human operators with a concise, accurate summary that incorporates elements of situational awareness.

“If you see a person running from a grocery store with a bag, the only way to know if he’s a thief or simply late for the bus is to apply situational awareness based on comprehensive risk analysis,” explained Falcon. “Our tool does that for the territorial security market.”

The revolutionary product is also being evaluated for use in other sectors, including maritime search-and-rescue, critical infrastructure protection and hazard mitigation, with a European customer expected to deploy the system early next year.

The Mitacs & NRC-IRAP Award for Commercialization is presented to a Canadian researcher who has participated in a Mitacs program and who has brought an outstanding idea to market.

Falcon is one of five Mitacs award winners nationally who was chosen from thousands of researchers who take part in Mitacs programs each year. The other recipients were recognized for outstanding innovation or commercialization in other areas of research.

“These researchers are true ambassadors for everything we stand for at Mitacs, including academic leadership, strong problem-solving skills and an aptitude for business,” said Rob Annan, Mitacs Interim Chief Executive Officer and Scientific Director, in congratulating the award recipients. “They join thousands of Mitacs researchers across the country who are working to bridge the gap between academia and industry to better the lives of Canadians.”