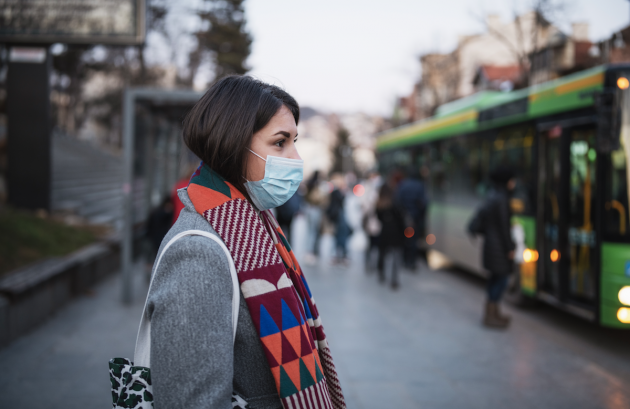 By Allison Jones in Toronto

Mask mandates in Ontario will be removed by the end of March as long as positive public health trends continue, the province’s chief medical officer of health said Thursday, while acknowledging there may be more than 20,000 new COVID-19 cases per day.

Dr. Kieran Moore said he will monitor the impacts of the province’s reopening, which saw capacity limits lift and the vaccine certificate system end on Tuesday, but if all goes well mandatory masking policies could soon be gone.

“I do believe they are protective, they do decrease your personal risk,” Moore said.

“But as the chief medical officer of health, we can only mandate masking for so long. As long as the risk is decreasing, we’ll make a decision together as a province to remove them.”

Change management is difficult in a pandemic, Moore said.

“The removal of masks, I’m sure, will make some feel ill at ease, but also will allow others the freedom to not wear – who may have already had COVID and/or have had their second doses, third doses, and feel confident that they will not require hospitalization if they get ill,” he said.

Ontario’s high vaccination rate, an estimated 30 to 40 per cent of Ontarians already having had COVID-19, declining hospitalizations and stable COVID-19 activity in wastewater suggest the worst is behind us, Moore said, though he noted that there are some early indications of COVID-19 increases in the wastewater surveillance in some regions.

However, he said that due to limited access to PCR testing, the true number of daily new COVID-19 cases can be estimated by multiplying the number of positive tests by 10 – meaning there may be more than 22,000 new cases Thursday, instead of the 2,262 that were reported.

Ontario is tracking the Omicron subvariant B.A.2 in the province, and because it is 30 per cent more transmissible it will likely be the dominant strain by mid-March, Moore said. But it so far isn’t increasing hospitalizations, and since the science table estimates that 30 to 40 per cent of the province has had exposure already, it likely won’t jeopardize reopening, he said.

“That combination of natural immunity plus vaccine immunity is building a strong wall of defense for Ontario against B.A.2 and potentially a recurrence of Delta,” Moore said.

Moore also said directives that the Ontario Public Service and colleges and universities require unvaccinated employees to undergo regular testing have been rescinded, and he is looking at the directives for health-care and education.

Ontario reported 834 people in hospital Thursday with COVID-19 and 267 in intensive care.

It’s a slight decrease from Wednesday, when the province said there were 847 people in hospital and 278 in intensive care.

The province also recorded 17 new deaths from the virus Thursday.

This report by The Canadian Press was first published March 3, 2022.