The “On the Clock” video series, which was launched earlier this year, focuses on getting to know security professionals through brief yet informative conversations. Our guests (15 and counting) have shared stories and insights from their careers and dispensed advice for career development.

One of the most common questions they answered is: “How did you begin your career in the security industry?” 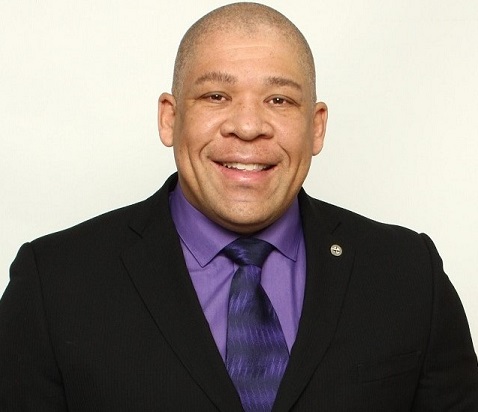 I basically started out as a security guard, and I worked the beat late nights, wearing the uniform while I was in university. I wasn’t sure what kind of career path I wanted to take and initially I got into HR. I didn’t really like HR too much, and I think the security bug was tugging away at me. So, I decided to join the military, where I enlisted as an officer. I had [an] awesome experience in the military and I learned a lot about leadership. I also think that’s where I really learned the fundamental principles of security. Because when you really think about it, a lot of the principles we have in corporate security really are rooted [in] the military. The military has been doing this stuff for thousands of years and so they’ve learned over that time to adopt what works, and [leave out] what doesn’t work. After I left the military, I wanted to continue on with my security career. I upgraded my education and I got a master’s degree, and then found my way into corporate security. I haven’t looked back since.

My background is in law enforcement. Back in 2002, I joined the TD Bank right when debit card and credit card fraud was just taking off. I moved up through different ranks and managerial positions and ended up as an executive at TD Bank, working in the investigative field. I ended up leaving TD Bank to join Rogers Communications for the opportunity to build a corporate security team. They currently have four different teams under different disciplines and brought them under all one umbrella together and we have a great team now.

I began in the industry in the late 90s as part of a high school co-op. It

seemed at the time to be an interesting way to pick up a couple of credits, but very quickly, it became a good fit for me — enough so that my bosses offered me a position and so I was licensed as a security guard. I very distinctly remember showing up my very first day in my guard uniform and complete with clip-on tie, and I felt very important about myself. I took my first post at the vehicle access control gate for a manufacturing facility, signing in cars. I think if you whispered in my ear at that point that I’d still be doing this 20-plus years later, I’m not certain I’d have believed you.

I started in the security industry back in 1987. I had just finished Grade 13 at the time. I wanted to join the Toronto Police [but] my eyes were not good and I couldn’t get on. At the time, my dad worked at the old Greenwood racetrack in distant Toronto. He went to his boss and said, “You know, my son’s hanging around the house. He’s got to get out of the house and needs some kind of job,” so I got hired on in security.

Back in 2002, I was a finance officer with the Department of Justice, and an opportunity came up for a role in accommodations and security. It piqued my interest, so I took the chance and I made the adjustment and went over to that role. That’s where I think I found my passion for security. I became involved with business continuity management, physical security, personnel security and security awareness.I was there for about five years and then I took an opportunity with a different department at the Canada Border Services Agency… In addition to the previous functions in security, I also took on and learned threat risk assessments and investigations. I was there for about three years, and then an opportunity came up to advance in my career, so I made a move to a different department to real property and contracting. I wasn’t there for very long before I realized how much I actually did miss security. In 2011, I had a chance to come back to the security industry and the position that I’m in now.

I started off just out of university … doing loss prevention. I enjoyed it thoroughly. I lasted within loss prevention for just shy of 10 years. I really climbed the ladder while I was there, starting from floor walking to working credit card frauds, internal investigations and then moved up to a task force that dealt with major claims for the retail store that I was working at. From there, I jumped to a totally different platform within security. It was the acquiring side of credit card fraud, and I was there for a number of years. Now I’m with ADP, with the global security organization. I’m very proud to be working for such an amazing company. And now I’m in public safety, physical security and protection. 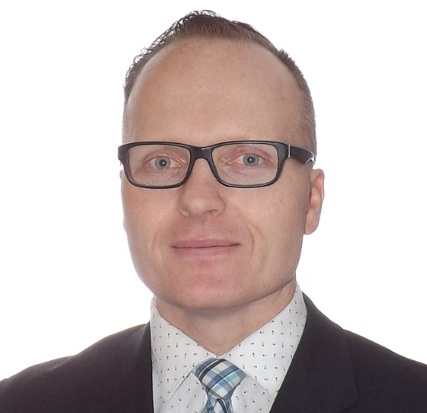 Many years ago, I was doing your typical student jobs — a myriad of really exciting things. Some friends had given me the opportunity to throw on one of those security t-shirts and go to some concerts and local little festivals and events, and get to experience the limelight. It was very intriguing to someone who’s young. When I came of age to get a security licence, a friend helped me get on with this company, and it was an exciting start. I found myself in the first few months, going from a factory, to a nice condominium, to a security-cleared site, to a major shopping centre and I did some loss prevention. That was a very exciting introduction into the industry for me.