After the shooting in Las Vegas on Oct. 1 this year, when a gunman shot at concertgoers from his room on the 32nd floor of the Mandalay Bay Hotel and Casino, high-rise building security has moved to the forefront of the security industry. 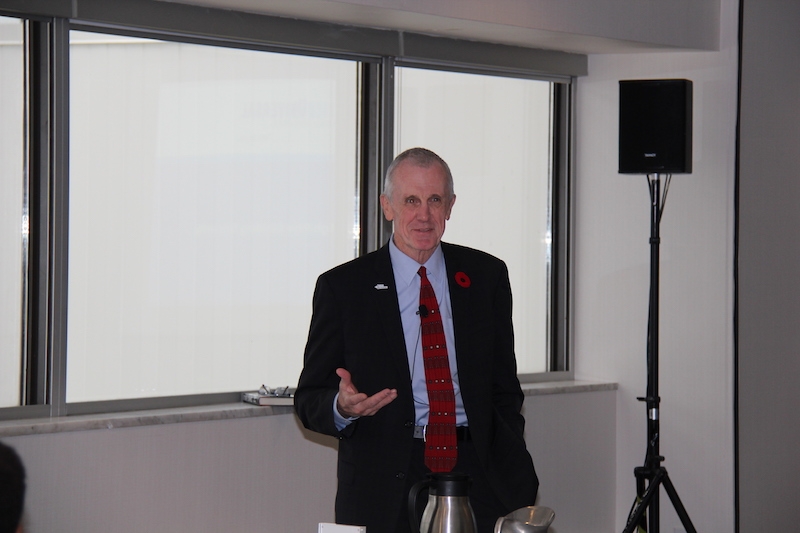 Geoff Craighead, vice-president, Allied Universal, spoke about the current state of high-rise security at a recent Toronto lunch event, exploring the impact of the Las Vegas mass shooting, the Grenfell Tower fire and 9/11.

In reference to the Las Vegas shooting — particularly how the gunman was able to bring so many weapons into his room — Craighead highlighted the impact of hotels’ open environments.

No one would think it unusual if a man came into the hotel lobby, pulling a suitcase, and went up the elevator.

“You can do that over a period of time and it’s not going to look abnormal at all,” said Craighead.

While active shooter guidelines are increasingly included in emergency plans, the shooting has also led to public concern about the proximity of outdoor events to a vertical structure, particularly hotels, since most don’t have strict security measures.

While the Marriott Hotel in Islamabad, following the 2008 bombing, now has a perimeter wall guarding its entrance and x-ray machines and metal detectors at the entrance, such measures depend upon the frequency of incidents and costs.

“There’s only so much that people can bear as regards to adding cost, because obviously if you’re going to involve security personnel implementing these programs and using these devices, it’s extremely costly to society,” Craighead elaborated.

However, Craighead explained how emergency plans and risk management programs have improved high-rise security over the years.

Higher-end condominiums, he added, will often have controlled access to the building and parking garages. He highlighted the importance of training security staff and implementing resident fire life safety programs so people know what to do in emergencies.

After the Grenfell Tower fire in the U.K., resident life safety programs have gained prominence, particularly in high-rises. The fire resulted in more than 70 deaths and 70 people injured.

The building had a single stairwell in the centre of the building, which is a U.K. common practice, explained Craighead. But two stairwells should ideally be the minimum, since the average high-rise building is at least 20,000 square feet.

In Canada and the U.S., most fire codes limit the use of combustible exterior cladding material and require automatic sprinklers and at least two escape routes on every floor. These regulations decrease the chance of a fire spreading while giving people the time to evacuate.

The ability to evacuate potentially thousands of people is not only vital if a fire breaks out, but also in hostile situations such as 9/11.

Craighead said the both towers had  very good emergency plans in place and the inclusion of three stairwells — not just two — played a key role.

In the years following 9/11, discussion has focused on the vulnerability of tall buildings to hostile acts, such as bombings and vehicular attacks, improving their design and construction to withstand explosions and the capacity for occupants to evacuate.