Mobile operation can gear up for indoor/outdoor special event security 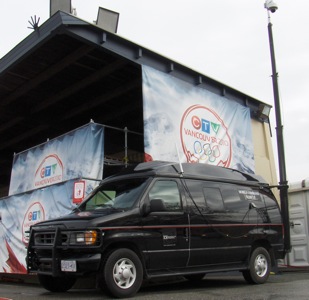 International Crowd Management Inc. helped the City of Richmond address its security needs during one of the busiest times in its history by using a van it bought off the Internet and a CCTV/alarm system made of paint cans and PVC piping.

Burnaby, B.C.-based ICM provides security consulting and services for
indoor and outdoor venues. Until recent years, one of its main
businesses was providing security for touring artists like Sarah
McLachlan and Avril Lavigne. But the company stepped away from the
grind of touring to focus on the Canadian market, mainly the West Coast.

“It’s not that we wouldn’t do it, but we got out of the focus of doing
that to concentrate more on venue security and special event security,”
says Marc Greenberg, risk manager and security consultant at ICM.

The ability to manage security at so many different styles of venue
during its touring years gave ICM a broad range of event experience and
an impressive portfolio. Those skills were brought to the attention of
the City of Richmond, B.C., which needed security on site at the O Zone
— one of three designated celebration sites to host concerts and
attractions during the 2010 Winter Games, held earlier this year.

The O Zone was the largest of the three celebration sites in Lower
Mainland B.C., comprising 24 hectares and multiple buildings, including
Holland Heineken House, the official home of the Dutch Olympic
Committee during the Games.

“Our job was to do a security review of the site and make
recommendations to the city on how to protect it,” says Greenberg, a
retired FBI agent who served for five years as the bureau’s
representative to the Canadian government and RCMP in Ottawa.

During the Games, the O Zone was host to 13 different concerts and
about 300,000 visitors. Richmond wanted the site to be as
family-friendly as possible and set limitations on security, says
Greenberg. “They opted for a slightly less stringent type of security
screening than the Olympic sites themselves.”

Since the O Zone was not one of the sporting venues and not governed by
VANOC, the Vancouver Organizing Committee, the City of Richmond was
forced to pay for security out of its own coffers.
Greenberg and ICM had originally planned to set up a series of CCTV
cameras in a wireless mesh network, but had to rethink due to cost
issues raised by the city.

“With a 24-hectare site, we had a tremendous fence line and open space.
That had to be protected from people who would want to enter the site
to do harm or people who wanted to enter the site after hours to steal
or vandalize property. There was some very valuable equipment there
from the concerts and the vendors (worth) hundreds of thousands or
possibly millions of dollars. That presented a big challenge for us in
terms of how to secure it.”

ICM provided anywhere from 35 to 65 guards and security personnel on
site to handle bag searches, wanding and screening at key checkpoints.
But they also needed more eyes. Since a wide CCTV network was deemed
unfeasible due to cost constraints, ICM had to get creative.

The solution to the problem was a fully mobile CCTV unit — one mounted
on a vehicle. ICM found a retired U.S. Secret Service van on Craigslist
that was almost perfect. It was already fully equipped with wiring and
cabinets.

“I guess (the Secret Service) deactivated it and somehow it got into
the public domain. I don’t know if they sold it off to the company that
built it originally and they resold it, but somehow it became available.
“We made modifications to that van. We were able to place monitors and
radio equipment and those types of things to turn it into a mobile
command post.”

Greenberg estimates that ICM spent $12,000 retrofitting the van with
equipment, including an Axis dome PTZ IP camera. The van could be moved
from venue to venue and was manned 24×7. The van’s crew were in
constant radio contact with security personnel; the CCTV camera was
used to review crowd behaviour, search for missing children and record
transgressions. Some of the van’s footage was turned over as evidence
to the RCMP as part of ongoing criminal investigations.

About two dozen of these detectors were placed in high-value target
areas like the stage, mixer panels, gates and choke points. When
tripped, these would generate an alarm on a panel in the van and
provide 10 seconds of video to determine whether the alarm had been set
off by a person or an animal.

Greenberg says the system was built for about one-tenth the cost of the
CCTV plan originally proposed to Richmond and was quite effective — by
using the system two trespassers were caught.

The van and detector system were such a success that the City of
Richmond is considering using them at future events. The van could also
be used for other security work, particularly monitoring labour
disputes, says Greenberg.