On Jan. 18, the ASIS Toronto Chapter invited Kevin Kempcke, director of security, Maple Leaf Sports and Entertainment (MLSE), to speak about the challenges and successes of managing a security program at professional sporting venues. 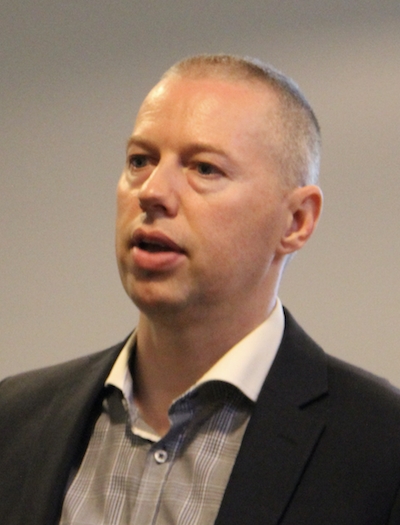 According to Kempcke, security at sporting facilities such as the Air Canada Centre and BMO Field — venues that often host concerts and multiple types of sporting events — is “very unique.”

This is partly because of the amount of training and planning required for staff, he said. MLSE employs a large number of part-time staff for events, so training these employees can be a challenge because of the change over and different schedules.

“I’m continually educating everyone,” he said. From part time to full time staff to supervisors and office administrators, everyone receives training.

Part of training also includes performing spot tests, which are given to all staff, including supervisors.

“We spot test them, we give them written tests, we’ll do what we call ‘leader walks.’ And it’s a great idea; if you have trouble finding time to meet with your staff, try a leader walk,” Kempcke advised.

Leader walks involve walking through the facility with supervisors for 10 to 15 minutes, having a causal conversation, he said. This, Kempcke said, helps security directors learn more about the facility.

Additionally, as part of their emergency planning and business continuity plans, MLSE is mandated by the leagues to perform table top exercises.

In one table top exercise, Kempcke said they discovered that their original court intrusion plan needed to be changed due to a different court configuration.

Consequently, he recommends doing live table tops in conjunction with first responders to see where any changes might be necessary.

On top of training and testing, security hardening and technology are gaining importance as threats to sporting venues become more common.

As such, in MLSE’s arenas and stadiums, there is a heavy K9 presence.

“Every game, we have six K9 at our venues, we do interior sweeps prior to anyone getting on scene,” he explained.

However, Kempcke is more concerned with maintaining the security of the building’s exterior.

“The interior we control very well,” he elaborated. “You can see that… we have metal detector walk-throughs, we don’t allow bags in, we don’t allow any in-and-out privileges. We screen everyone from our players to our employees to obviously the fans coming in. We challenge a lot of people,” he said.

But as vehicle attacks become more common, this is the new big challenge to security, he explained.

Technology-wise, Kempcke said the Air Canada Centre’s surveillance system will be redone, changing from CCTV to an analytics program with facial recognition.

Once again, the leagues play a role in increasing the security of sports venues.

“Facial recognition is being mandated by the leagues next year,” he said. “We have to work with the privacy commission to see how to work with that, but it’s going to be mandated.”

A new way to work with first responders

Through all of this, relationships are paramount.

In fact, MLSE has strengthened its relationship with first responders through a new program, ERP — Emergency Response Portal.

Previously, “we couldn’t connect to the Toronto Police due to privacy … and we’ve been able to secure this technology to help us mitigate that.”

ERP is a communication tool with the Toronto Police, through which the police can alert security staff to incidents affecting the entire city or incidents near the facility, and security can alert police to incidents inside the venue. The police send these alerts via text, voice or email.

“Let’s just say something’s happening outside the Air Canada Centre,” Kempcke explained. “Police will say, ‘Hey, I want to look at your Bay Street cameras.’ They’ll ask for an invite. Because of the privacy commission, we have to have a paper trail. So a password will be created, I will send it to them, I’ll accept them to view only, no recording, and they can view my camera.”

Through this program, the police have access to a dashboard for each facility. Kempcke showed attendees the Air Canada Centre’s dashboard, and demonstrated how the ERP works.

Consequently, when first responders arrive on the scene, they will have “access to the cameras, they’ll know where any gas lines are, emergency shut-off. They’ll have our floor plans,” said Kempcke.

“That’s a piece of technology that’s been so important and it’s increased our relationship with our first responders, with Toronto police,” he concluded.