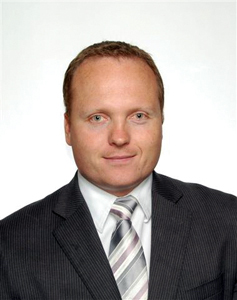 After almost two years with Oxford Properties, Michael Allen has taken a security position with the Canadian Imperial Bank of Commerce.

Allen, CPP, PSP, PCI, worked at Oxford as Manager, Security, National Programs before accepting a position at CIBC. His new title is Manager, Security Programs, Corporate Security. Allen said the full range of his responsibilities are still to be determined, but will include “anything from crime prevention to assessments.” CIBC is growing its security team, he added, to cover an increase in workload.

“It’s an incredible opportunity,” said Allen. “There’s exciting stuff to work on. At that level, you’re more operationally involved with all business units. It’s more cutting edge. There is no facet of security that you can bring to executives in this (financial services) industry, that they’ll say, ‘We don’t need to focus on that.’ Risk is risk. It makes you feel very wanted and important.”

Allen will report to Alex Hilton. CIBC also recently hired Ric Handren, who took on the role of Chief Security Officer earlier this year. Handren had formerly worked for RBC as director of protection services and was named Canadian Security magazine’s Security Director of the Year in 2009.