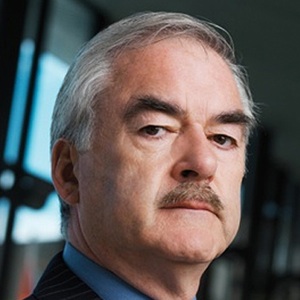 Gene McLean has been named the new president and chairman of The Canadian Society for Industrial Security (CSIS) following its Annual General Meeting held in Ottawa May 26.

McLean, who was not challenged for the position, recently moved back to
Toronto after serving as CSO of Telus in Edmonton for many years. He is
now principal of McLean Security Advisory & Associates Inc., and
says he is looking forward to taking on the job leading the 55-year-old
organization, which has had its challenges since 2004.

“I want to build on the current success and work done in the
organization and expand on the depth of knowledge by bringing more
people into membership and increase the number of events, providing
practical information and raise the profile of security professionals,”
says McLean.

McLean said he understands there has been a call to bring security
associations in Canada together under one umbrella, but believes there
is a place for organizations like CSIS to continue to provide
leadership. The organization currently has about 250 members across the country.

“Some associations are smaller in nature and serve a specific need, but
I realize some feel they make get more bang for their buck if they
belong to a national association that can advocate for them at the
government level. I think there is room for everybody.”

This was the first time in four years that CSIS held its annual meeting
independent of another association. In previous years it has
collaborated with CANASA, holding its AGM during the October Security
Canada show in Toronto. At this year’s event, held at the Crowne Plaza
hotel in Ottawa, about 41 people attended the two-day conference
entitled “Securing the Nation — The Next Steps” with speakers from
public policing and private security addressing the issue of public and
private sector partnerships.

Past-president Kevin Murphy says the board is undertaking a “management review” of the Executive Director function.

“The amount of time required on a weekly basis is significant for a
volunteer position,” says Murphy. “It would likely be a salaried
position an any other national organization. We are looking at
restructuring the workload to reduce that burden.”

From now on, Murphy says all certification issues will be referred to
him but Marentette will continue to handle day-to-day business in the
meantime.

A Life Membership award was also handed out at the conference to past Atlantic Region Chair Roger Miller and Graham Ospreay received the
Lifetime Membership Award "for substantial contributions to the
advancement of the Society" in terms of his time, effort and commitment
and for providing "extraordinary and continuous service in the
advancement of the security profession in Canada."

McLean, who is principal of McLean Security Advisory & Associates
Inc., is also a retired RCMP officer.  He brings more than 35 years
experience to the position of president. He is a life member of the Canadian Association of Chiefs of
Police, an Associate Member of the International Association of Chiefs
of Police, and The American Society for Industrial Security,
International Association of Financial Crimes Investigators (IAFCI) as
well as other related associations. He also sits on the Program
Education Advisory Board for the British Columbia Institute of
Technology, Forensics Faculty, and the Advisory Committee with
Concordia University College of Alberta. In addition, Gene is a member
of the Overseas Security Advisory Council.  McLean is also a Director
at The Society for the Policing of Cyberspace (POLCYB and sits on the
Board of AFI-International, a Crisis Management and Response Group.

In October 2007 Gene was appointed to the Board of Directors for the
Canadian Air Transport Security Authority (CATSA), a federal government
of Canada appointment.
He is also a past recipient of the Canadian Security magazine ”˜Director of the Year’ award.

Fergus Keyes has many years of diversified experience in the Canadian
security industry particularly in the areas of systems; consulting; and
general security management. He has also had a long involvement with
the Canadian Society for Industrial Security (CSIS) with his first
membership certificate having been issued in May 1976.

He has been the President of Panamsec.com Inc. ”“ an independent security operation in Montréal since 2001.

In recent months, Fergus has been working with Bill Twerdun, another
long-time and well-known member of the Canadian security industry, to
rebuild the CSIS presence in Québec. They have started a new CSIS
Québec Chapter web page at:
http://www.csis-scsi-quebec.org/

“All associations provide the benefits of knowledge transfer and basic
networking, but the Canadian Society for Industrial Security (CSIS) has
the unique advantage of having attracted the very best security
professionals from across Canada for more than 50 years. Anyone with a
serious interest in our Canadian security industry should be a member
of the CSIS,” says Keyes.

Colin Kiley is currently the Head of Security for Trade Centre Limited
in Halifax, Nova Scotia. Trade Centre Limited is comprised of the World
Trade & Convention Centre, the Halifax Metro Centre (arena and
exhibit hall) and Exhibition Park, the site of the Maritime Fall Fair.

Kiley became the Head of Security after returning from Bosnia and
Hercegovina in 1999, where he had served as the Commanding Officer of
the Canadian National Intelligence Centre in Sarajevo. Kiley has
continued his Army Reserve career after serving overseas and is
currently a Lieutenant-Colonel and the Acting Commander 3 Operational
Support Group. He is an active participant in the Halifax Security and
Police community and has taken part in a number of local
community-based initiatives to improve communications between law
enforcement and private industry.