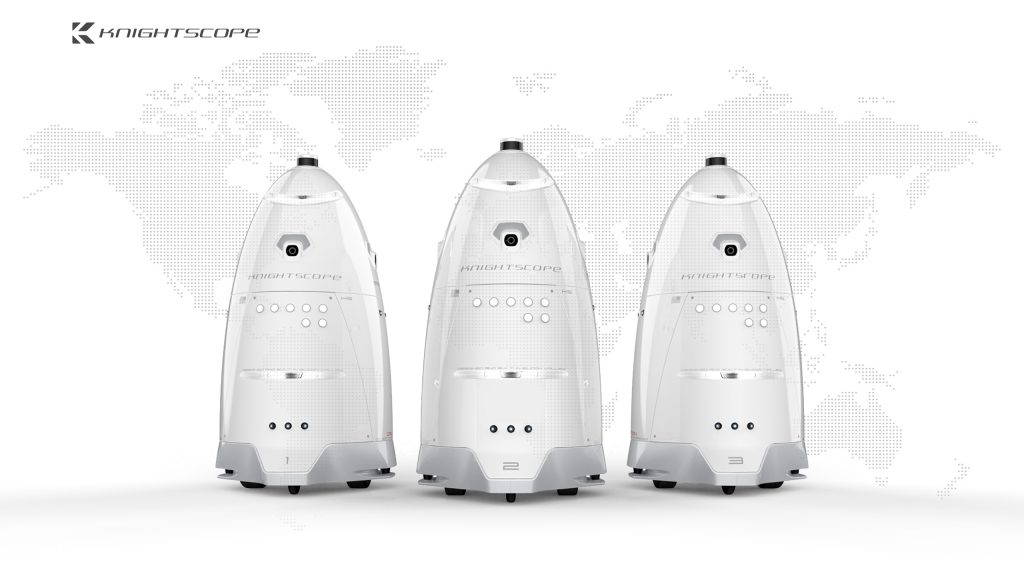 Founded in 2013 in the aftermath of the Sandy Hook elementary school shooting and the Boston Marathon bombing, founders William Santana Li and Stacy Stephens began to brainstorm ways to help law enforcement and security officers be safer and aggregate data in a way that was going to give them better situational awareness.

“After [Sandy Hook and the Boston marathon], people were literally running around trying to figure out as much information as possible, but there was no one place to go to try to distill that information,” said Stephens, a former police officer, in a recent interview with Canadian Security. “That got us to thinking how we provide more intelligent eyes and ears for people in public safety.”

The concept of robots as a security solution came up in a conversation between Santana Li and Stephens, when discussing the aftermath of Sandy Hook and the Boston bombings.

“We were sitting around one day and jokingly said, ‘they’ve been promising us robots since we were kids, why don’t we just build the robots?'”

One month later, the company had its first robot, which would inspire their signature line of security robots.

According to Stephens, the purpose of the robot is to create a platform that can place different types of sensing technologies and capabilities to then report back to a security operations centre.

The security robots are applicable to anyone in the U.S. with a physical security program in a commercial application.

Having raised capital in the U.S. under Regulation A+, a type of offering which allows private companies to raise up to $50 million from the public, Stephens shared that Knightscope did not have the ability to do that in Canada.

“We were constantly getting notes from companies up north who wanted to invest,” Stephens said. “We never had an avenue to do that.”

Back in May, Knightscope announced that it is able to accept investments in support of the Company’s Regulation A+ Offering from Canadian investors through FrontFundr.

According to FrontFundr founder & CEO Peter-Paul Van Hoeken, the relationship between the two companies was first established two years before.

“Knightscope called us and they wanted to essentially maximize their investor outreach and open up their investment opportunity for as many investors as they can in Canada, and that’s where we came in,” said Van Hoeken. “We brought them on our platform, then we support them as we opened them up to Canadian investors and to all investors or creditors, and smaller retail investors.”

The Regulation A+ Offering will close on July 20.

Stephens also said that while Knightscope is currently only selling in the U.S. market, the company would consider exporting their security robots to internationally as a secondary market to consider.

Believing that the move to Canada is a natural fit for the company, Stephens said that the opportunity to invest up north would be a significant one, as the need for security is similar to the U.S.

“The need to provide public safety in both Canada and the U.S. is very similar,” Stephens concluded. “It’s not just your next social media app, it’s actually has meaning and purpose to it. The goal is just to make people safer.”