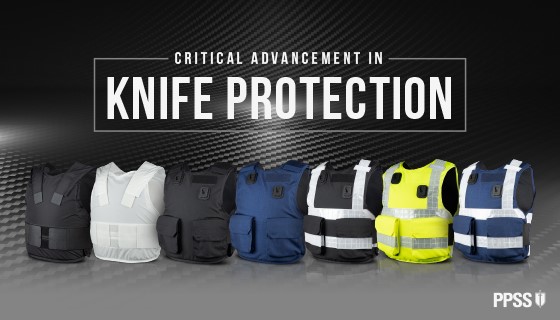 The firm’s product video, featuring the CEO Robert Kaiser being beaten and stabbed wearing the body armour is widely regarded as ‘physical evidence’ of its precise performance level and quality.

Kaiser said: “Following years of relentless R&D we have concluded that Polycarbonate as a raw material is, or at some point will no longer be good enough. Its lack of certified spike protection resulted in it becoming ‘morally’ very difficult for us. We learned to accept that improved protection from knives, machetes, razor blades, shanks and indeed spikes was needed.”