Cyber security will remain as much of a challenge for the next U.S government administration as it has been for the current White House, especially in light of the constant barrage of cyber attacks from nation states, Director of National Intelligence James Clapper said recently. “The Russians hack our systems all the time, not just government but corporate and personal systems,” he added. 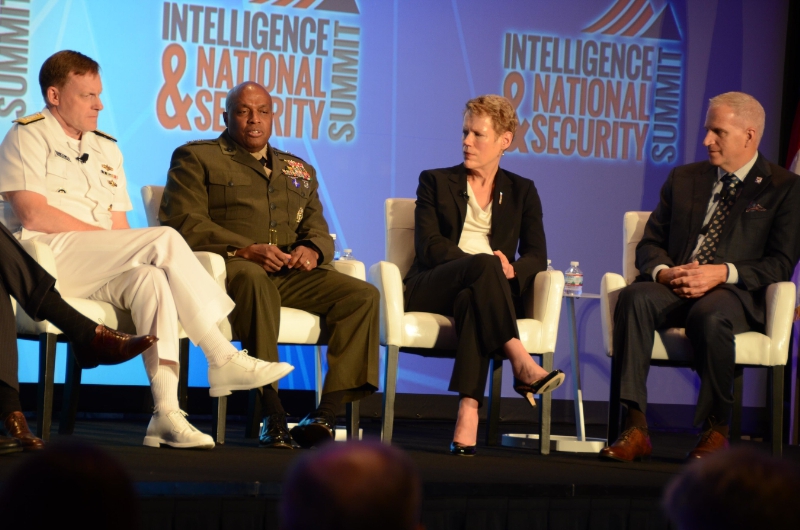 Senior intelligence officials, including FBI Director James Comey and CIA Director John Brennan, touched on a variety of issues during the event. On the terrorism topic, Comey believes it is the threat that will dominate intelligence efforts during at least the next five years and will be the result of “crushing” of the Islamic caliphate in Syria and Iraq and the surviving “hardened killer” militants who will flow into Europe to carry out attacks.

Brennan echoed the concern, saying that despite the group’s loss of territory in Syria and Iraq, militants threaten security in the United States and Europe. Though al-Qaida in Iraq – the predecessor of ISIL – once had been “reduced to the hundreds,” the group reemerged, he said. And while security in Europe improved following attacks in France and Belgium, a fragmented alliance of 28 countries and different legal systems slows progress.
Intelligence experts participating in the event’s panel discussions agreed that combating terrorism is a multi-faceted challenge. Nick Rasmussen, director of the National Counterterrorism Center at the Office of the Director of National Intelligence, pointed out that the new face of global terrorism has morphed to an unrecognizable and nearly unmanageable element. Its face, he said, is the core of al-Qaida, the rise of the Islamic State, insurgent groups growing in Africa, radicalization in Europe and the increased risk of threats in the United States.

In fact, the terrorist threat today is “broader, wider and deeper than any point in our past,” with homegrown terrorism a mounting problem for national security, he added.

In Clapper’s opinion, climate change will be an underlying meta-driver of unpredictable instability in the coming decades. “Major population centers will compete for ever-diminishing food and water resources, and governments will have an increasingly difficult time controlling their territories. And so, because of all of these factors, after ISIL’s gone, we can expect some other terrorist entity to arise and a cycle of extremism that will continue to control us for the foreseeable future. And by the way, our more traditional adversaries like Russia and China and Iran and North Korea will continue to challenge us,” he stated.

“And of course, technology will continue to be disruptive. Just think about the fact that Uber is the biggest taxi company in the world, and they don’t own any cars. Airbnb is the biggest hotel company, and they don’t own any properties. It is difficult to predict how technology will affect national security,” Clapper said. “Tech areas like artificial intelligence, health care and agricultural, self-driving cars and 3-D printing have the potential to revolutionize our lives for the better or they could present vulnerabilities that are very hard to predict.”