FREDERICTON – IBM wants its Watson computer system to learn how to fight cyber crime and it's asking eight leading universities, including three in Canada, for help. 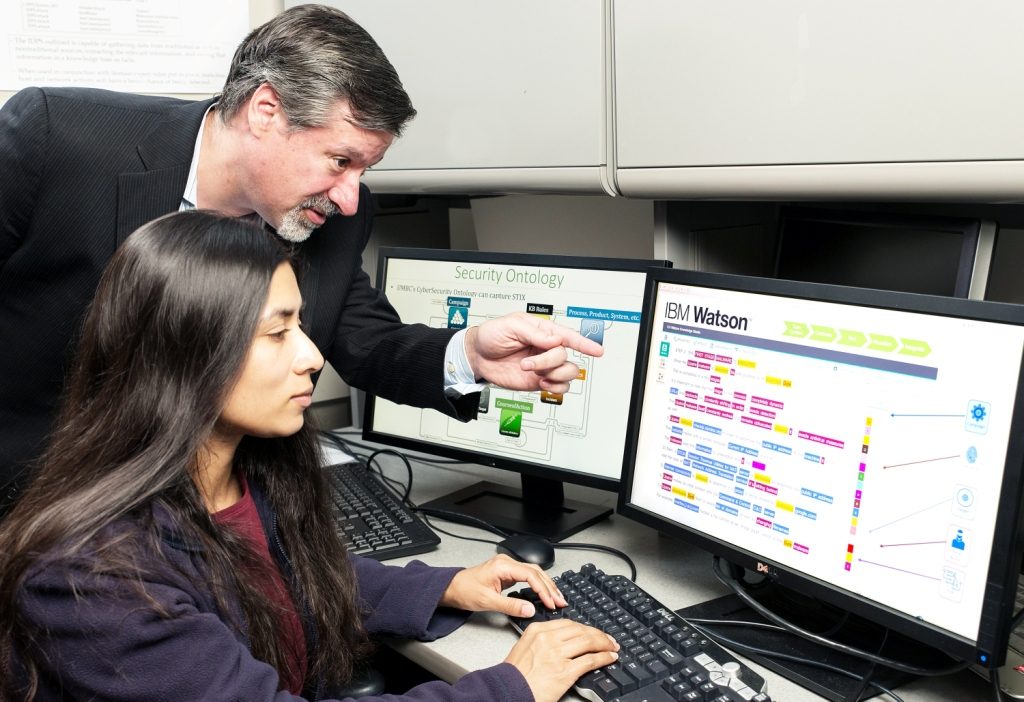 Watson – IBM’s question answering computer system – was originally designed to compete (and win) on the television quiz show Jeopardy, but the technology has since been used on other problem-solving projects.

Now IBM is launching Watson for Cyber Security – a cloud-based version of their cognitive technology – that will be trained over the next year to examine threats of cyber crime.

Caleb Barlow, vice-president of IBM Security, said it is becoming increasingly difficult for security staff to deal with the growing number of cyber threats.

“Your average enterprise is dealing with 200,000 incidents a day that they’ve got to dig through. Human beings simply cannot look at all of that data,” he said.

“Combine that with the fact we have a major skill shortage in the security industry – around 1.5 million jobs by 2020 – and even if we could fill all those jobs we still can’t get through the data as it continues to grow.”

Barlow said experts are doing a good job to examine cyber threats, but their work often ends up in various forms such as reports, blogs and presentations and in numbers too large for others to read and remember.

That’s where Watson comes in.

“The more information that Watson has, the better reasoning it can provide and therefore in some cases the better prediction it can provide,” said Ali Ghorbani, dean of the faculty of computer science at the University of New Brunswick in Fredericton.

The students will input about 15,000 security documents per month during the year-long project, starting this fall.

“Our students are getting involved in a real-world cyber security project with a global company. Not only will they increase their knowledge, but also create a relationship with IBM for future collaborations – either jobs for our students or more research and development projects with IBM,” Ghorbani said.

He said IBM is hoping that not only will Watson be able to provide early warnings of potential attacks, it will also do it fast.

Barlow said IBM opened its entire threat intelligence database to the world a year ago, and invited people to develop applications to work with their QRadar software. That software was developed by Q1 Labs, developed in turn at the University of New Brunswick, and purchased more than four years ago by IBM.

He said by getting information out to security staff around the world, cyber crime may become less lucrative for organized crime.

“We start changing the dynamic for the bad guys because it’s not worth investing $100,000 or more in that new attack you’ve got if it’s only going to be viable for a few minutes before we find it and tell the rest of the world,” Barlow said.

Related
Why CSOs should care about IT
Alberta casino hacked, customer info stolen
British cybersecurity expert pleads not guilty to U.S. charges
Cyber Security Survey Part 3: How is the talent shortage affecting you?