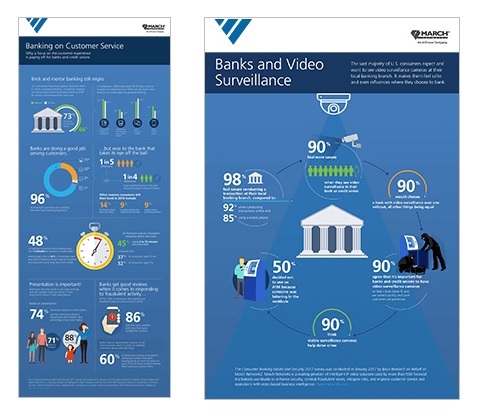 The survey revealed that 15 per cent of consumers experienced fraudulent bank account activity in 2016. However, banks and credit unions responded successfully, with 85 per cent of those consumers saying they were satisfied with how their financial institution handled the incident.

The results also showed that a continued focus on customer experience remains critical for banks and credit unions when it comes to retention.

Additionally, 90 per cent of consumers said they feel safer when they can see video surveillance cameras in their bank or credit union. Furthermore, they would choose a financial institution with surveillance over one without, all other things being equal.