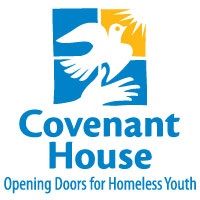 For Canada’s largest shelter for homeless youth, an upgrade to the latest surveillance technology wasn’t a luxury, but a smart business decision. The shelter, based in Toronto’s downtown core, provides 24-by-seven crisis care to homeless youth and offers a wide range of services, including education, counseling, healthcare and employment assistance.

An estimated 10,000 runaway and homeless youth spend time on the
streets of Toronto every year, according to the Mayor’s Homelessness
Action Task Force (1999). Covenant House takes in youths from ages 16
to 24, regardless of sex, race and circumstances, and it generally
takes three to four months before they’re ready and able to stay off
the streets. The shelter relies on donors for 80 per cent of its $17.7
million operating budget, and also receives funding from the City of
Toronto.

Covenant House aims to provide an “emotionally and physically safe
environment,” which includes a curfew, appropriate dress and language,
and no drugs or weapons on the premises. As such, the shelter (which
includes two buildings joined together) uses CCTV surveillance in the
buildings and around the perimeter to ensure house rules are being
followed.

But Covenant House was using old technology — an aging DVR-based
analogue system that delivered poor video quality, had limited storage
and had no ability for remote monitoring. “It wasn’t really working for
us,” says Maydene Herman, facilities coordinator for Covenant House,
who handles maintenance of the new system and user training. “We’ve had
incidents where our setup wasn’t really conducive to retrieving data.”

She wanted to enable youth workers to call up information whenever they
needed it, in a secure environment. But youth workers range in age and
level of computer skills, so she was looking for technology that anyone
could use with minimal training.

Paul Baziuk, senior account executive with Intercon Security, has been
working with Covenant House for several years, and helped upgrade the
system from two aging DVRs to an NVR solution.

“They couldn’t remotely view images from their office within the
building, and they really wanted that because they are a 24-hour care
facility for youths,” he says. The old DVR technology wouldn’t allow
for that.
“In the past they couldn’t review it on their own machines, so they had
to come to our head office to review these DAT tapes,” he says.
“They’re like old Chevys ”“ they hold a lot of information but they’re
extremely slow on extraction. It just did not make sense for them to
come to our office.”

He presented them with a new DVR solution as well as a more expensive
NVR solution, and did a demonstration of both technologies at
Intercon’s CCTV lab (where it demos different manufacturers’ products).

Covenant House opted for the newer technology — not for the sake of
newness, but for the ability to do remote viewing in a secure
environment and increase storage capacity, which was limited with the
old platform.
But just as important was that they didn’t have to pay for additional
licenses, like they would have had to for a typical DVR, says Baziuk.
“If they want 10 or 20 or 30 users, they can do that under the existing
solution without paying $400 or $500 per person.” They can also add
more cameras whenever they want and plug them into the local network
connection, which reduces cabling costs.

The DVRs were replaced with an IndigoVision NVR with five terabytes of
storage (NVRs are location-independent and can be installed at any
point on the network). IndigoVision uses MPEG-4 compression technology
so video can be streamed over the network without eating up a lot of
bandwidth.
All of the original 32 analogue cameras were re-used and connected to
an IndigoVision 8000 transmitter/receiver module to convert the camera
feed into digital video. Both live and recorded images can be viewed on
Control Center, IndigoVision’s IP video and alarm management software.
And, using IP video, new cameras can easily be added to the system in
the future.

“With the system we had before, it would be a lot costlier to add a new
camera, because not only would you have to buy the camera but you’d
have to buy the recording device that would allow you to transmit the
signal,” says Herman. “In its current setup, we’re saving time and
money down the road.”

Youth workers — provided they have a user ID and password — can login
from any workstation (five workstations were deployed around the
buildings). “Now we’re able to get the privacy we need,” she says.
“With the old system, they would have to call me, pass the information
to me and then, if we had it available, I would make it available to
them,” she said. This wasn’t always possible, however, since the tapes
sometimes ran out of storage.

“Before they made a decision, we were working with their IT department
and that was a huge benefit in making it a smooth transition,” says
Baziuk, “because they needed to know what their system requirements
were for this to happen.”

However, Canadian organizations are still reluctant to jump on the NVR
bandwagon and embrace the technology as quickly as other markets, such
as Europe. But some Intercon customers are willing to pay more upfront
for the newer technology once they see the long-term benefits of IP
video.