Have a health-care security question burning a hole in your brain?  If you’re working in Ontario, there’s an easy way to put out the fire. 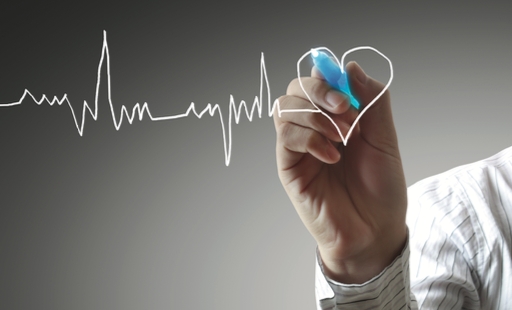 Members of the Ontario chapter of the International Association for Healthcare Security & Safety (IAHSS) can sign up to be added to an exclusive email list, administrated and monitored by Brad Stewart, the IAHSS Ontario chapter secretary and manager of security services at Grand River Hospital in Kitchener, Ont.

Those on the list can email questions or concerns, reminders about events, notices of relevant deadlines and even interesting news items. Stewart then compiles an e-newsletter and sends it back out to everyone on his list.

“A lot of it is on what people are doing in their hospitals and they’re often looking for advice on policies,” Stewart says. “This is a system where you don’t need to reinvent the wheel.”

The week Canadian Security spoke with Stewart, he says he had just sent out a bulletin about the $1.2-million theft at Toronto Western Hospital where three suspects made off with a large quantity of colonoscopy equipment.

“So in that one, it’s more or less to get people thinking about their own facilities. I myself went and got the director of surgical services to take a look at all of our stuff and where our storage areas are.”

“The intention of this networking group and the emails is to make sure we’re sharing best practices across a lot of facilities,” says Scott Jupp, IAHSS Ontario chapter chairperson.

“And that when members are subject to or exposed to specific challenges within their facility or new initiatives, then they have this opportunity to reach out to their peers through the chapter to collaborate and develop best practices and have sample policies from other facilities.”

The only qualification to get on this list? Be an IAHSS member.

The Ontario chapter of IAHSS began to organize back in the early 2000s, according to Jupp. “It started as a group of Ontario hospitals that wanted to get together and network, collaborate,” he explains.

“A lot of key players, well-know names in the industry, were involved in that, such as Martin Green, Ken Close. They started the chapter and we’ve been rolling with it ever since.”

“From my recollection of attending that, it was mostly the Toronto hospitals and they had close ties with Toronto EMS as well,” Stewart says. “I think the catalyst for the group was SARS and a lot of hospitals realized they couldn’t lock down their facilities. They had a lot of challenges back then and it was more reactive than proactive, which are issues we still deal with today… They figured they needed a governing body and so IAHSS was the way to go.”

He became fully involved and engaged with IAHSS around 2012 and began sending the eBulletins shortly after.

Dave Pym, the G4S manager of protection services with Quinte Health Care, says he has been using Stewart’s eBulletins for years, starting when he was a security co-ordinator for Kingston Hospital.

“There I had a very much operational role, so I would use it to ask operational-type questions in regards to enforcement of bylaws, enforcement of provincial legislation,” Pym says. “There was this time there was a discussion about medicinal marijuana and it was posed to the IAHSS group and we had some very valuable answers out of it that were a great help.”

Pym is based in Belleville, Ont. and started as a guard around 2008, joining the health-care vertical in 2010 and working his way up from there. Now, in his current role, he says he’s switched to using the mailing list for generating policy discussion and insight.

“So, for example, in regards to how hospitals handle interactions with patients, restraints, lost and found, valuables and that type of thing. It’s great because you can use it [the eBulletin] for both — operational and policy-driven stuff.”

Due the plethora of respondents who hit “reply all” to the emails, you can bear witness to “quite a bit of discussion happening back and forth,” according to Pym, who adds that, “when you’re asking these types of questions, you don’t just want to have one perspective; you want as many as possible so this is a great tool for that.”

Similarly, these email chains open the doors for another layer of industry networking.

“I’m only 28, so I’m relatively new to the industry in that regard, and just through these newsletters you start seeing names and hearing about people and you connect in that way,” he says. “When you realize certain people have expertise in specific fields, you can reach out to them directly afterwards.”

The emails have no set schedule, Stewart notes, and he sometimes sends three in one day and then sees a drop-off for a few weeks. Their frequency varies and the members don’t mind.

While it’s still a formal enough format that not just anyone can add whatever they want into the emails, Pym says he enjoys the relaxed structure, which he thinks generates a lot more discussion.

Plus, they’re efficient, Pym says, as you get “pretty direct access to things that are directly applicable to you, which is fantastic,” and you don’t have to travel for physical meetings with these members to do so — highly beneficial for the large area Ontario covers.

“He had 15 responses and pulled together the data to do a presentation at his own hospital and he then shared that information with the others who participated,” Stewart says.

Stewart himself used the data to help his own case at Grand River in wanting to up-staff. “So now it’s actually under consideration to build my budget up a little bit more — all hinging on how much we receive from the government.”

Stewart, who compiles everything that comes to him, says he’ll continue his email bulletins and hopes that once the chapter’s website (www.iahssontario.ca) moves to something similar to the international website, he’ll be able to set up a regional login system where members can access an archive of the emails and online resources.

This duty is completely volunteer-based but Stewart doesn’t bat an eye at the extra work and one-on-one time he puts in with other members.

“I’ve been in the industry for 22 years and it was time to give back,” he says. “There’s no representation out this way [Kitchener/Waterloo] at the chapter level and we are trying to secure more interest from the outlying areas across the province.”

He wants the hospitals that aren’t involved with the group to know they can really benefit from the knowledge exchanged.

“We’re all sharing the same challenges. We’re all going through same things right now: heavy caseloads, mass amounts of people coming through our doors with mental illnesses and addictions and then the vast amount of viruses out in the community, and you’re overloaded in your emerg rooms, more incidents of violence…

“This is a fantastic venue for everyone to talk to each other so they know they’re not the only ones going through this.”

As for the other IAHSS chapters, they all engage and network in their own way, Jupp notes.

“They have their own successes and their own programs they’re very proud of, as they should be,” Jupp says.

“The chapters throughout Canada continue to grow… Overall the professionalism in the industry and the need to address the shared issues Brad spoke to is growing every day and these chapters are all rising to the challenge.”

Pym also encourages all new IAHSS members — especially those new to health-care security — to give the email list a try and pose a question, noting it’s the “go-to spot for information” and you are exposed to policies you’d never have thought of on your own and other fresh ideas.

“The last time I asked a question, I got an entire policy document to help me out,” says Pym.