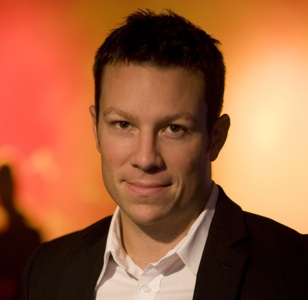 Ron Lovett has kept a watchful eye over such superstars as Justin Bieber, Nicole Kidman and Paul McCartney. He’s walked the red carpet with former U.S. vice--president Al Gore, and has been on tour with Canadian punk princess Avril Lavigne. But Lovett is not an entertainer or a politician. He’s the president of Source Security and Investigations, a Halifax-based company that provides personal security to some of the best-known names in the entertainment business.

Although glamorous, personal protection – for rocks stars, professional athletes and other celebrities – only accounts for about five per cent of Source’s business. The bulk of the company’s projected $9.5-million revenue for 2010 will come from corporate and event security. The client list in these areas is equally impressive, including Bell Aliant, TD Canada Trust, GAP, Olympics 2010, Juno 2010 and the upcoming 2011 Canada Games.

It’s been eight years since Lovett started the company — a long way from those early days when he recruited a couple of friends and two-way radios from Radio Shack, and began peddling his wares to nightclubs in downtown Halifax.

“Until we came along, most of the security at nightclubs was done in-house,” explains Lovett. “And lots of people told me it couldn’t be done – that’s kind of the mentality on the east coast – if it’s never been done, you just can’t do it.”

This kind of unconventional thinking has served Lovett well. He has spent the last eight years challenging the status quo in the security business – on everything from mandatory training of guards to portable licensing. A few years ago, for example, the government and the security industry were exploring the idea of mandatory training for security guards, but it didn’t make sense to Lovett.

“How can you have the same training for the guard who’s working the Justin Bieber concert and the one who’s working at the mall? It requires a different skill set,” says Lovett. The idea died before it was born.

Lovett has expanded Source’s footprint across the country with more than 2,000 part-time and full-time employees. In addition to offices in all four Atlantic provinces, Source has three locations in B.C., and has recently opened up shop in Toronto.

The pace of growth has translated into big opportunities for staff. Jack Tobin started working for Source as a part-time security guard in 2007 while he was finishing a degree in political science at Halifax’s Dalhousie University. In August of that year, he and four other security guards were stabbed while on-duty. Tobin admits he had mixed feeling about returning to work, and against his mother’s wishes, he “got back on the horse.

“I really enjoyed the work in Halifax and the people I was working with, so it was part of my healing and recovery process to go back to work,” he says.

Three years later, Tobin’s determination has been rewarded. He was promoted to operations manager of Source’s new office in Toronto. Tobin’s first order of business was providing personal security for celebrities at the Toronto International Film Festival in September of this year. The company has also been awarded the contract to provide security and management services for the Hazelton Hotel in Toronto, a luxury hotel frequented by celebrities.

“It’s been exciting to watch the company grow over the last three years. It’s a new and exciting chapter in our history,” says Tobin.


Although Tobin is just 24-years old — two years older than Lovett was when he started the company — he says he’s ready to take on the new challenge, having learned so much about leadership from studying Lovett and how he interacts with staff, clients and the community at large.

“He is a mentor to me, and to a lot of other young people working for the company and young people in the community. He’s very personable with the employees and he’s always there as a co-worker,” says Tobin.

Lovett admits he’s given a lot of thought to his leadership style, and to creating an environment where employees at all levels are encouraged to be leaders.

“I’m street-smart — not book smart — but I read people and situations, and try to train my staff to do that as well,” he says. “I’ve tried to create community at the workplace and make sure everyone is a leader in the business. I want them to follow my philosophy, which is to treat everyone the same.”

When it comes to hiring the best people for his business, Lovett says it can be a challenge, but he’s taken an unconventional path which has proven successful. The company doesn’t accept resumes, which Lovett says provide a limited perspective of the applicant. Instead, job seekers are asked to fill out a five-page application that provides a well-rounded profile of the potential hire, offering insights into his/her personality that can’t be found on a resume.

“We want to know what makes you tick,” he says. “We can train anyone in first aid, combat and the like, but what we don’t do is provide in-house therapy to manage people’s egos.”

The caliber of Source’s staff was just one of the reasons Bell Aliant recently ousted five of its existing security firms and signed a two-year contract with Source to provide corporate security for its high-value facilities in Atlantic Canada, Quebec and Ontario.

When Lovett and his team met with Bell Aliant, it was clear they were a cut above the standard security company, says Tony Power, Bell Aliant’s corporate security officer.

“The difference was their energy, and their interest in doing whatever they could to solve our problems,” says Power. “Typically security is a very black and white role; you buy it off the shelf. But here was this team with all this positive energy and we got excited about what we could with them.” The Source team’s enthusiasm struck a chord with Power, and even though the relationship is in its early days, he’s optimistic.

“When you see a president who rolls up his sleeves, that’s always nice. To see in so early on in our relationship, makes you feel good about your decision.”