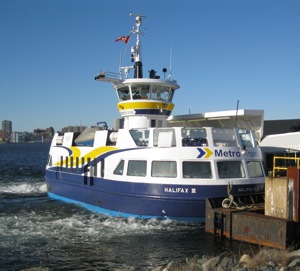 The improvements, which were financed, in part, by a $393,000 grant from the Federal government, consist of more than 200 high-definition Avigilon cameras and video management software for central monitoring of the city’s recreation centres, ferry terminals and transit garages.

“A couple of years ago, the city did a security audit to determine the level of security across the municipality, and I put together recommendations from that report. We looked at what policies we needed, the physical security equipment that would be required and the people who would be required,” says Stoddard.

Speeding up forensics
The city owns or manages more than 250 facilities, and prior to the upgrade, nearly all its major assets were monitored by individual departments using stand-alone cameras. Stoddard says the forensic investigation following a security incident used to be a painstaking process where staff would spend hours going through tape to pinpoint the moment of the event.

“Different business units and divisions would manage it individually, and it didn’t always maximize capabilities of systems. There were no economies of scale. The solutions were varied and weren’t integrated,” he says.

In 2008, HRM started looking for a surveillance system that would integrate with the existing IT infrastructure at HRM and provide it with a more accurate picture of its assets. Stoddard looked at several vendors’ products, and in the end chose Avigilon cameras and software for a couple of reasons.

“On the licensing side and the capability side, we really felt that some of the other manufacturers were too costly. May of them told us ‘this is the Cadillac,’ but we didn’t need the Cadillac or the price that went along with the Cadillac,” he says. “Avigilon provided megapixel cameras with better resolution and the ability to drill down into the frame.” Unlike some of the competitive products HRM investigated, Avigilon’s system doesn’t require annual licensing fees for its software, so HRM awarded it the contract in September 2009.

Central monitoring
Avigilon’s surveillance system allows for one-stop monitoring of all assets from a central control room as well as individual monitoring stations at each location. The new system also leverages the IT networks already in place at HRM, and Stoddard’s security team worked closely with the IT department during the installation of the new equipment.

“The cameras are just another device on the IT network,” Stoddard explains. “In the past, I’d have to run coax cable through a closet, and now I use (IT’s) cabling system so the camera not only passes data through the wire, it’s also powered up through the same wire.”

The co-operative approach by IT and security makes sense given that most organizations have an existing network infrastructure, and bandwidth isn’t as relevant as it used to be, says Ray Gilmore, account executive with Chubb Edwards, the integrator who worked on the ferry terminal project.

“You can introduce cameras anywhere, drop them on the network and manage them from a single point,” he says. “You’re not looking at running hundreds or thousands of feet of cable. IT departments have budgets and are becoming more involved in security as managers of the backbone and controllers of the budget. The technology has evolved, and the flexibility and power of the system has increased; it’s now not an imposition on their network and more and more you have to involve the IT dept in any discussions.”

“Avigilon qualifies what the scene requirements are to forensic video information,” he says. “If we’re looking at an outdoor parking lot, a single camera with a higher megapixel value can provide the same (picture) as older technology that might takes hundreds of cameras.”

“Let’s say you have a camera looking at a building with a statue out front,” he explains. “One morning, the statue is gone. You used to have to replay the entire video.” Now, he says, you can program it to show changes in a specific area, and the feed will reveal thumbnail images of exactly where the changes took place.

High-definition (HD) cameras are becoming the new standard in corporate security, according to Rick Ramsay, Avigilon’s product manger in Vancouver.  Ramsay says the government sector has been a strong vertical market for Avigilon since many existing surveillance systems are based on antiquated equipment.

“What’s unique about the control centre software is that it’s tailor-made for HD,” he explains. “Working efficiently with high definition translates into better resolution than analogue.”

In a number of Halifax facilities, security personnel remotely monitor access to municipal buildings in real time. When a door is opened, says Stoddard, it’s much easier to identify if that person is one of HRM’s employees or an intruder.

“We have a number of facilities where we can see who walks through, using their security cards,” he says. “Using Avigilon technology, we can start to see if the picture on the security card matches the picture of the person walking in. A door opens, and the guard can see who is moving through it, and if they’re authorized or if we need to send someone to check on it.”

Gilmore admits there were a few performance issues with the cameras initially, but he and Stoddard worked with Avigilon to resolve them.

“There were a few nagging issues with the cameras; more focus and resolution than anything, and we pushed to get (Avigilon’s) technical people in. It turned out that the problem was manufacturing; some of the cameras were from a bad batch, but that’s pretty much resolved now.”