Guardians of the journey: How Metrolinx transformed its Transit Safety team 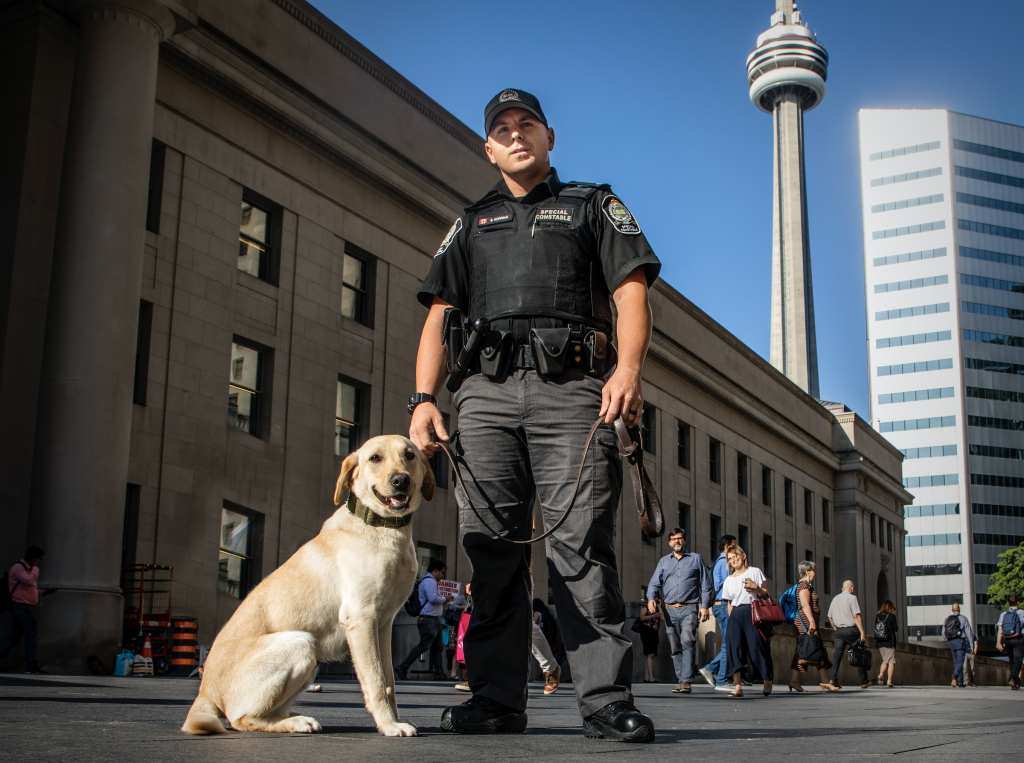 In operation since 1967, GO Transit is the regional public transit service for the Greater Toronto and Hamilton Area, serving nearly 70 million customer journeys a year. In 1988, GO Transit moved to a barrier-free proof-of-payment system for its rail services and customers. That development, and a recognized need to improve security arrangements, led to formation of a 40-member Transit Enforcement Unit to handle system-wide revenue protection. In 1992, GO Transit applied for and was granted special constable status through the Ontario Provincial Police.

In 2013, Metrolinx Transit Safety began to transform itself from an enforcement-oriented organization to one much more customer service focused. A culture change model was developed, which focused on leadership; operational excellence/customer service; an enhanced structure; enhanced partnerships and relationships; effective communications and lastly and critically, enhancing our image and profile.

We have successfully built on each of the pillars of our culture change model with a particular focus on letting frontline staff from each part of Transit Safety lead these changes. Along the way we have achieved moving successfully from “enforcers” to becoming “guardians of the journey” who are dedicated to the safety and security of our customers, staff and communities.

How was this accomplished? 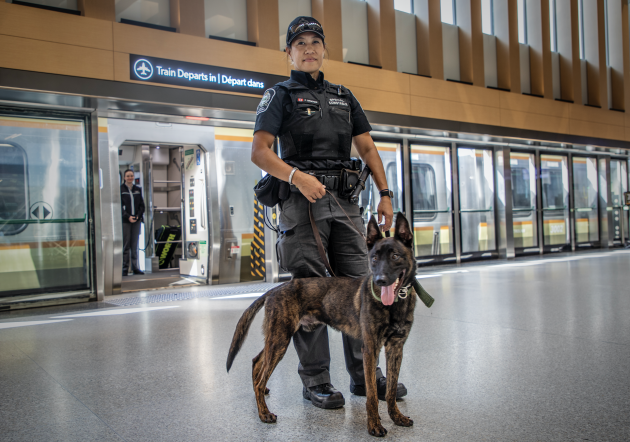 Starting with frontline engagement, using the philosophy of leadership without rank, individual members were challenged to undertake initiatives that supported our culture change model.

Early efforts included launching a Transit Safety branded Twitter program, a success that remains a key component of our communications strategy. An award-winning Victim and Witness Code of Care program was created, joining initiatives with a wide variety of community partners such as the Arrive Alive Drive Sober, Fire Safety Week, Festive RIDE kickoffs, Children’s Safety Villages and provincial programs like the Ontario Association of Chiefs of Police’s “Lock it or Lose it.”

Our first involvement with the organization, Ontario Women in Law Enforcement (OWLE), was full of trepidation and as a special constable agency we asked ourselves, “Do we have a role in this organization?” Well, here we are today, with six years of participation and recipient of one of OWLE’s most prestigious awards, the Presidential Award.

More importantly we have had the opportunity to support and share in the recognition of outstanding female police and law enforcement professionals. Our involvement in OWLE helped kick off a first-ever Women in Transit Policing Symposium, jointly hosted in 2018 in partnership with members from Toronto Transit Commission, York Region Transit and Metrolinx.

One particularly effectual program used by other agencies in urban settings was adapted to the GO railway network with our award-winning Bicycle Program Pilot, which is quickly becoming part of our core business. Hugely popular with all our staff as well is the Ontario Police Fitness Pin Program. This outstanding example of employee engagement in action with team work, comradery and hard work translates into over 400 Fit Pins earned since 2013.

An important part of our journey was recognizing the strong foundation laid over almost 30 years ago by those who went before us. Initiated by one of our original members, we applied for and were granted eligibility for the Peace Officers Exemplary Service Medal; subsequently, 27 of our original members were awarded this honour. Our members now proudly attend the National Peace Officer Memorial each year, standing shoulder to shoulder with peace officers from across Canada — including a Transit Safety bicycle team participating in the annual Ride to Remember.

We further improved our operations by partnering more closely with our security and policing partners, thus increasing collaboration and co-operation at all levels. A key milestone in this journey was the establishment of a dedicated Investigations and Intelligence Unit comprised of an inspector, staff sergeant, two sergeants and six special constables. The work of this unit has raised our reputation for being a safe and secure system in a network that crosses 14 different police jurisdictions.

To ensure an integrated emergency response across our network, we have strengthened how we respond to emergencies, adopting Ontario’s Incident Management System with a dedicated Emergency Management Unit which provides support for our Emergency Management Program, including leading large scale exercises and liaising with our emergency service partners.

During this journey at Metrolinx Transit Safety, we changed our mission statement to “Guardians of the Journey.” This pivot from “enforcer” to “guardian” was an evolution in the path already well underway. It reinforced our approach to law enforcement in our system being “guardians” to the vast majority of our customers.

However, when victimization does occur, we are relentless in addressing criminal behaviour by working with our policing partners. The change in mission was accompanied by a rebranding of vehicles, uniform, insignia and returned the designation “special constable” to a place of prominence on our uniforms.

Being guardians especially means looking after our staff. Working closely with our employee assistance provider, an enhanced employee support program was put into place to support our members and now includes a Peer Support Program for employees who regularly attend the scenes of rail fatalities.

At our last recruit swearing in ceremony, we swore in the first group of “revenue protection officers” (RPO). This change, the single largest to our fare inspection strategy since 1988, had our RPO team doubling in size, with new uniforms and a new title reflecting a guardianship role along with a new zero tolerance approach to those who attempt to cheat our honour system. 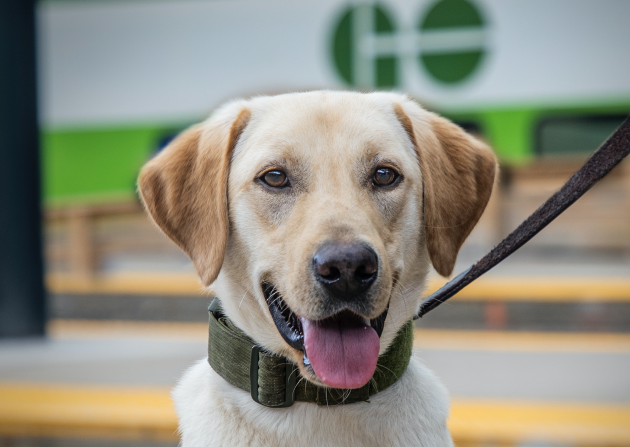 Continuing along our journey as guardians, we are now involved in the implementation of a Canine Explosive Detection Program. As canine teams are proven resources at deterring danger and enhancing safety, this was a logical step in taking our efforts to the next level by partnering with the Toronto Police Service (TPS). Under the leadership of an experienced canine sergeant and the guidance of TPS trainers, our goal is to have three service dogs and their dedicated handlers trained to comply with provincial standards.

Our canine officers and partners will be responsible for patrolling both Union Station in Toronto and the remainder of our network. Kicked off in August 2019 at Union Station to enormous media attention, the message of reassurance and deterrence was clear, as was the delight on the faces of customers meeting our canine unit for the first time.

The original Transit Safety team has now grown to over 200 strong with uniform special constable and revenue protection officers, strongly supported by communications, corporate security, investigations and operational support teams. While the change in scale is impressive and continues to grow, the biggest difference is not in our numbers or our new uniforms.

What truly stands out is far more substantial and critically important at a time of extraordinary growth in our network and the challenges facing police and law enforcement agencies across the country. Moving forward together, we have embraced professionalism and accountability, built strong positive partnerships and focused on employee engagement. All of this has led to gaining enormous pride through our mutual accomplishments and becoming a premier special constable agency and, more importantly, becoming guardians —guardians of the journey.

Bill Grodzinski, M.O.M., is the director of transit safety at Metrolinx.

This article originally appeared on www.blueline.ca