OTTAWA – Canada's current military procurement models and levels of industry-government cooperation are vulnerable, and could compromise national security if left unaddressed, a new report from the Canadian Association of Defence and Security Industries (CADSI) concludes. 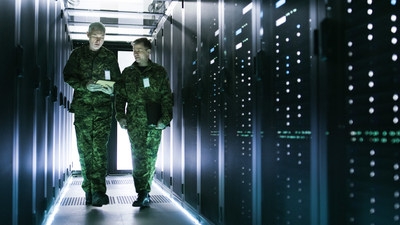 The report, entitled From Bullets to Bytes: Industry’s Role in Preparing Canada for the Future of Cyber Defence, outlines some of the challenges associated with preparing and equipping the Canadian Armed Forces for a modern battlefield where the physical and digital are seamlessly merged.

“Warfare has changed,” said CADSI president Christyn Cianfarani, in a prepared statement. “Our military is moving rapidly into a future where cyber-defence will be essential for protecting Canada and Canadian military missions abroad. How industry and government work together and get decisive cyber technologies into the hands of Canadian soldiers and intelligence agencies must change, too.”

Based on a year of research and 70 interviews with government, military and industry leaders, From Bullets to Bytes confirms that there are dozens of Canadian firms with cyber-defence expertise that could be leveraged by DND as it invests billions in cyber-defence programs and procurements over the next decade. The report notes, however, that government and industry lack formal mechanisms to collaborate and build trust – and procurement cycles can take years.

“Our adversaries can deploy new cyber capabilities in a matter of months, or even days,” said Cianfarani. “For Canada to win on the cyber-enabled battlefield, Canadian government and industry must collaborate intentionally, the way our allies do. Now is the time to lean on Canada’s national security innovation base and overhaul the procurement process to work at cyber-speed.”

CADSI’s report outlines a path forward, offering five core recommendations that the association believes will move Canada’s military toward cyber-readiness. These include setting up a secure Canadian cyber-defence network to facilitate collaboration, increasing the pool of available experts to be used as cyber reservists, and overhauling the government’s classification system and capabilities database.