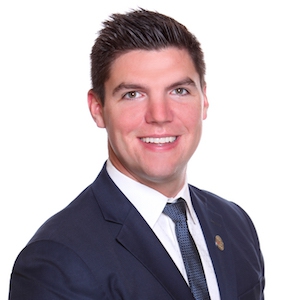 Young has been with GardaWorld for over 10 years, having lived and worked in Edmonton, Calgary and Vancouver.

For the last four years he has overseen growth in the west, predominantly in the retail, government and commercial sectors.

Young is very active with ASIS International having served as Young Professionals Liaison in Calgary and Vancouver as well as currently serving as the Canadian Pacific Chapter Chair. He completed an MBA in 2016 from Athabasca University and was recently named as one of Canada’s Top 10 Security Professionals Under 40 by SP&T News.

According to the company, Young will be tasked with expanding GardaWorld’s footprint in Ontario and Atlantic Canada in addition to his continued involvement with Western Canada.