G4S, the leading global integrated security group, announces today that it has appointed John Kenning to the role of Regional CEO, North America. 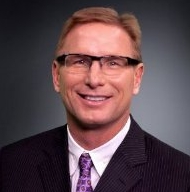 Mr Kenning has over 30 years’ service sector experience in North America, including senior leadership roles with ADT-Tyco, Nortel and OfficeMax.   Mr Kenning will succeed Grahame Gibson in the role of Regional CEO, North America on 1 December this year. Mr Gibson will retire from the company in October 2015 and will retire from the board of G4S plc at the conclusion of the company’s Annual General Meeting on 4 June 2015 and will not, therefore, be standing for re-election as a director.

Ashley Almanza, Group CEO of G4S said:   “We are delighted to welcome John to the executive team. John brings a wealth of relevant experience gained in leadership roles in the security, technology and services sectors in North America.   I would like to thank Grahame for the enormous contribution he has made to G4S. Grahame has served with great distinction in roles across the Group over the past 31 years and under Grahame’s leadership our business in North America has become a market leader, recognised for outstanding customer service and innovation.”

John Connolly, Chairman of G4S, added:   “On behalf of the board, I would like to thank Grahame for his contribution to the board and the Group. He has been an outstanding member of the board for the last decade and played an important role in the development of G4S for more than 30 years. The board wishes him well for the future.”