From the archives: “Big Brother Hits the City” 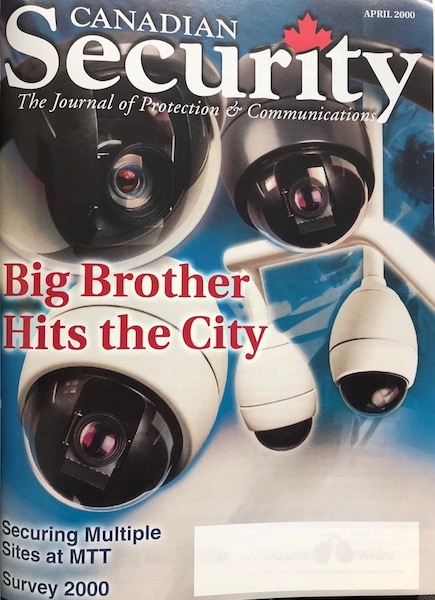 This week, we take a look back at the April 2000 cover story, “Big Brother Hits the City,” which focuses on the growing popularity of CCTV systems and resulting privacy concerns.

In the late 1990s, communities were turning to CCTV systems to bolster public safety and bring down crime. The first Canadian city to install a system was Sudbury, Ont., in December 1996. The results proved fruitful, with community members saying they felt safer and crime rates dropping. As of April 2000, Sudbury had four cameras, and other cities were also beginning to install systems.

But despite the security benefits of CCTV, the BC Civil Liberties Association (BCCLA) in Vancouver voiced opposition. They argued the people monitoring the surveillance footage could watch anyone they chose, and voiced concerns that signage alerting the public to the cameras would go unnoticed. Consequently, the group called for strict criteria to ensure surveillance does not become an “unjustifiable defence against privacy.”

Regardless, “This new policing tool is likely to roll out into even more Canadian cities before long,” the article concludes. That prediction has come true, as CCTV systems are now a staple in communities across the country — although privacy issues remain a concern, especially in the face of video analytics and AI.