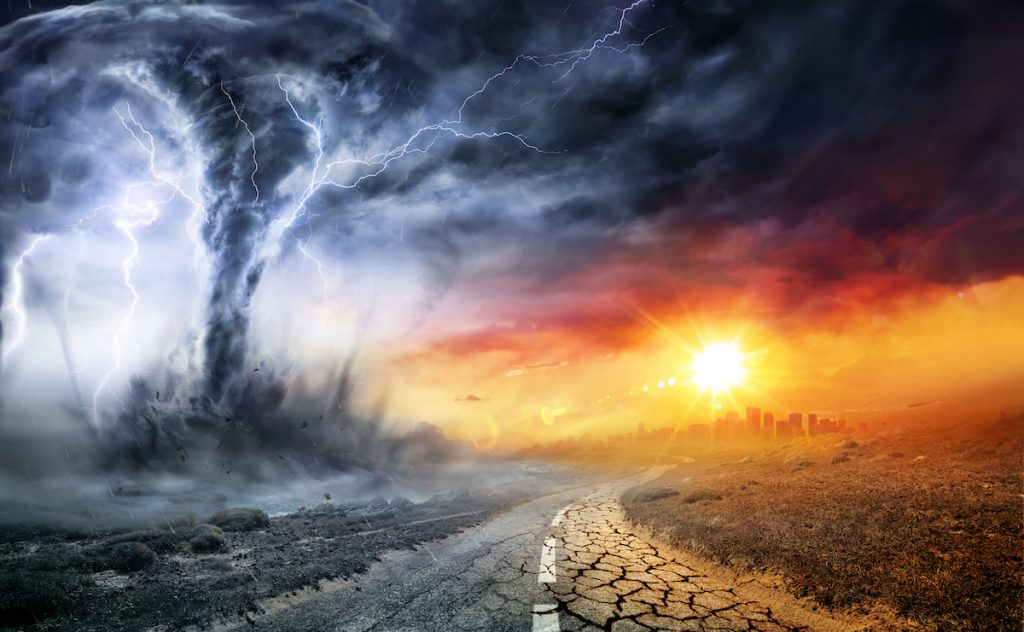 By Mia Rabson in Ottawa

Floods, droughts and major storms that wash out highways, damage buildings and affect power grids could cost Canada’s economy $139 billion over the next 30 years, a new climate-based analysis predicts.

The report, titled “Aquanomics,” is being published today by GHD, a global engineering and architecture services firm.

“What this report does is actually takes into account the loss of economic productivity, the shocks to the system when it comes to supply chain prices, and all of that,” Holland said in an interview.

He pointed to the 2021 B.C. floods, which for a time cut off rail and highway links between the country’s biggest port in Vancouver and the rest of Canada. The disruption stressed supply chains already hampered by COVID-19, raising prices, slowing production in factories that couldn’t get parts, and leaving some shelves empty in grocery stores and other retailers.

The report predicts manufacturing and distribution will take the biggest hit from water-related climate disasters between now and 2050 — an estimated $64 billion in losses, or about 0.2 per cent of the total manufacturing economy a year.

While droughts can restrict industrial production, floods and storms cause direct damage to buildings and machinery, or take out power supplies, forcing factories into silence.

The derecho wind storm that ripped across southern and eastern Ontario in May damaged the power grid in Ottawa so badly, parts of the city were without electricity for more than two weeks.

Drought is often seen as only a real risk to agriculture, but extreme drought can be much wider-reaching. In Europe, near-record lows on the Rhine River might halt marine traffic along Europe’s most important shipping lane that links major ports in Belgium and the Netherlands to Germany and Switzerland.

Last week in China, a massive heat wave prompted the government to force some factories to close to ration power as low river levels cut power output at hydroelectric dams.

Governments in California, Nevada, Utah and other parts of the western United States are enforcing water rationing in the midst of what some call the worst drought in more than a millennium.

Lake Mead, the biggest reservoir in the United States, is down to one-quarter of its capacity, with macabre results: at least five bodies have been located as the water receded, some of them believed to have drowned or been killed and left in the lake decades ago.

Retail and fast-moving consumer goods — heavily reliant on water-related infrastructure, and extremely exposed in the event of damage to supply routes — will be the second-most affected economic sector, with losses estimated to be around $26 billion between 2022 and 2050.

Water risk in the banking and insurance sector follow with $21 billion in estimated losses, primarily because of disruptions to productivity and economic activity, as well as bigger insurance payouts.

Energy and utilities will face an estimated $14 billion in losses, either through direct damage to power grids and production plants, or reductions in power output at hydro dams and nuclear plants because of low water levels.

Agriculture is the fifth sector analyzed, which in Canada is estimated to lose about $4 billion over the next 28 years, also threatening food security.

The report also looked at the economic effects of water disasters in seven other countries, including Australia, China and the United States.

GHD says costly and massive infrastructure projects to protect against storms and floods are no longer the answer to make the economy more resilient, because time is of the essence.

Smaller projects that can be done quickly, often utilizing nature itself, are likely the best choice, the report says.

The average temperature on Earth is already more than 1 C above pre-industrial times and the climate has already changed, leading to more frequent and more severe storms and floods and wider and longer droughts.

The cost of those events is high.

The Emergency Event Database compiled by the Belgium-based Center for Research on the Epidemiology of Disasters said economic losses in 2021 from drought, floods and storms worldwide totalled US$224 billion, compared with an average of US$118 billion between 2001 and 2020.

GHD’s report says taking advantage of data systems and sensors to help predict problems before they arise can make a big difference.

For example, Holland said using sensors to look for signs of an impending water main break in a city can prevent massive losses of water, reduce damage and ensure the pipes reach their maximum lifespan.

“It’s really driving home, how water … touches every aspect of our lives and communities. It truly does, in ways that we don’t know about.”

This report by The Canadian Press was first published Aug. 29, 2022.