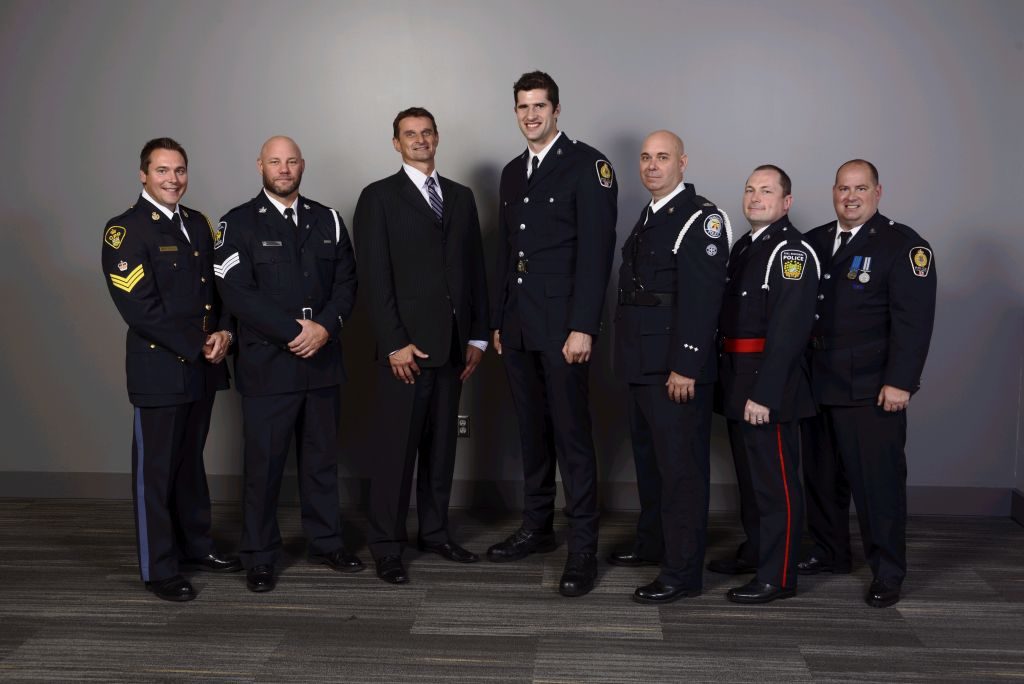 Through the efforts of the award-winning officers

The Canadian Bankers Association (CBA) recognized fifteen police officers during an awards ceremony at the 111th annual Canadian Association of Chiefs of Police conference in Ottawa.

“Security is a top priority for Canadian financial institutions, which is why they work closely with police services across the country to help protect their employees and customers,” said Malcolm Chivers, director of corporate security at the Canadian Bankers Association. “The CBLEA is our way of recognizing outstanding police work and honouring these officers for their efforts to combat crime against Canada’s banks, their employees and their customers.”

Constables Robert Mitchelson and Brennan Lowrie of the Vancouver Police Department were among those receiving the Law Enforcement Award. The two were unarmed and off-duty when they caught a bank robber in the act at a branch in Vancouver. Without hesitation or regard for their own safety, Mitchelson and Lowrie blocked the bank’s exits as the suspect tried to escape. A violent struggle ensued in which Mitchelson and Lowrie worked collaboratively to contain the suspect until on-duty officers arrived.

The incident resulted in the capture of a high risk offender.

Between 2010 and 2015, the Vaulter Bandit committed 21 bank robberies in multiple cities across the country and remained unidentified, becoming one of the most notorious bank robbers in Canadian history.

According to the CBA, in May 2015, investigators from York, Peel and Toronto Police Services pooled their resources and, through forensic evidence and joint efforts with the United States Federal Bureau of Investigation, were able to identify Jeffrey Shuman. Shuman was a resident of France, so local police worked with authorities in Europe to track his movements, leading to his arrest in Switzerland on September 15, 2015.

Following raids in Montreal, Toronto and Hamilton, the police task force seized the organization’s main identity theft laboratory, believed to be one of the most sophisticated in operation in Canada at the time. The multijurisdictional task force untangled a complex web of criminals, laying more than 200 charges against 37 individual suspects. Thanks to their teamwork and diligence in this national investigation, the law enforcement members of Project Springston were able to identify the criminal masterminds of this multi-million dollar fraud ring.