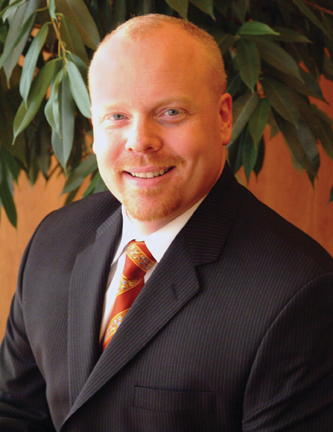 Critics say security costs nearing the $1 billion price tag for the G20 and G8 Summits are over the top, but one expert insists the precautions being taken are in direct response to the perceived threat level and in line with past Summit experiences.

“What we’re forgetting is the security spend is directly proportionate
to the threat level,” says Peter Martin of AFI International based in
Milton, Ont. and Cleveland. “It’s a short-sighted view to say it’s too
much and what the critics don’t see is the need to provide a security
presence that is well-resourced and well-planned for an event taking
place on the world stage.”

Martin is working with a number of clients in the Toronto area during
the Summit. He says the security presence in Huntsville, Ont. for the
G8 June 25 and G20 in Toronto June 26 and 27 is not necessarily out of
line.

Citizens in both Huntsville and Toronto’s core have said they felt as
though they are under siege with measures such as the fences erected
along Hwy. 60 in Huntsville and in the red zone of the downtown core in
Toronto.

“Better to have the fence and not need it than not have it and have something happen,” he says.

AFI provided logistics support to the G20 in Pittsburgh last year.
Martin says the level of security shaping up in Toronto does not appear
to be any different than what he saw there.

By comparison, security costs for that Summit came in at $18 million
and in London, U.K. the price tag for security was $30 million,
although Canadian officials have suggested those numbers may have been
conservative.

Some have suggested that the U.S. government did not disclose the true
costs of the G20 and that Canadian officials have chosen to be
completely transparent. For example, intelligence services provided by
CSIS are included in the cost, but other countries have not necessarily
included those services in their final tally.

“It doesn’t look any different. It’s not necessarily a template
response, but understand too that the U.S. has a more advanced view of
security costs as part of the new business landscape,” he says.

The cost of security was not detailed during last year’s G20 the same
way the $1 billion spend has been questioned here in Canada.

With the news this week that a water cannon will be one of the tools
security forces have to diffuse protestors, in addition to a sound
cannon and a large number of officers, the level of security is foreign
to many Canadians.

In a post-9/11 world, Martin says the U.S. has a different view on spending when it comes to security.

And while the primary focus may be on the perimeter erected to protect
the dignitaries, Martin says it’s what is anticipated to transpire
outside the fence that could prove to be more problematic.

“What you’ll see is two per cent of the individuals causing 98 per cent
of the problems — and the problems won’t be inside the ring; the
biggest circus always happens outside the ring,” he said referring to
the protests expect to occur throughout the days of the Summit. “Police
resources outside the ring are significantly diminished to about 10 to
15 per cent regular capacity.

The focus, he says, outside the fence perimeter will be to contain any violent protests and get them under control quickly.