Dwaine Nichol is Security Director of the Year 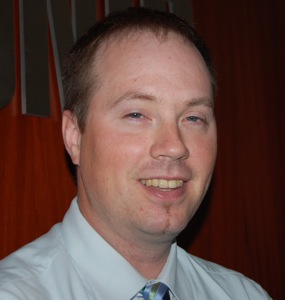 The Manager of Security and Life Safety for the largest municipality in Canada has been chosen Security Director of the Year, 2008 by Canadian Security Magazine.

Dwaine Nichol, who has been in the role with the City of Toronto for
the past 10 years, was selected for the honour based on several large
initiatives he completed in the last year including his work to obtain
$12 million in funding for upgrades to security systems at Toronto’s
Union Station: a city-wide security plan and a city-wide security video
surveillance policy that brought all 1,000+ cameras used in the city
under the Corporate Security Unit.

Nichol’s professional responsibilities take in the City of Toronto’s 1,500 facilities and 45,000 employees.

Nichol was nominated for the award, which is sponsored by Anixter
Canada, by Jason Smiley, Supervisor, Buildings Security, North District
City of Toronto.

After consideration by the Canadian Security
editorial advisory board, Nichol was chosen as the winner, with Gord
Helm, Manager, Port Security & Marine Operations for the Halifax Port
Authority chosen as the first runner up.

“(Nichol) promotes a vision of providing a complete range of security
services in a professional, cost-effective manner with specific
reference to standards, best practices and benchmarking,” Smiley
indicated in his nomination.

In assessing the nominations, several members of the editorial advisory
board members said they chose Nichol not only for the projects he has
completed, but also for fostering development of his 150 staff members
and their skills.

“I’m a strong advocate of certification and vision and Dwaine seems to
be showing that with his staffing and the number of certified people he
has on his staff,” said editorial advisory board member Pat Bishop,
general manager, Profile Group of Companies.

Tyson Johnson, manager, physical security with TD Bank Financial Group,
cited Nichol for his breadth of responsibility and the way he has grown
the security department at the City of Toronto.

“Dwaine stands apart ”“ he has a holistic program that is expansive in
its mandate and responsibilities and seems to have built up the program
and integrated with many different functions. For me, the education of
his staff was a huge factor. The other thing I liked about the
submission is that it was measurable, which I thought was missing on
other submissions,” said Johnson.

The nomination outlined how Nichol had added a requirement for
supervisory security staff and security audit staff, in their annual
performance planners, to earn security certifications.

“This is an ear mark  of a good leader who builds the skills and
strengths of his staff (as  opposed to just his own) and as such, makes
the entire team and service  stronger,” says Corey Hill, manager of
security for the City of London.

“I can tell you the significant impact that some of  Dwaine’s projects
would have for the City of Toronto.  I am currently working on similar
initiatives and they are fraught with  political and operational
barriers,” Hill added.

In choosing Gord Helm from the Halifax Port Authority as first runner
up, the board cited his ability to navigate tough government
regulations and restrictions in the execution of a broad-reaching
security plan.

In 2007 the Halifax Port Authority embarked upon a multi-million dollar
series of projects to create an integrated real-time port security
program with private sector and public sector facilities and agencies
across the port lands.

“To able to build that program with so many regulations to meet and
having to juggle it all is quite something,” said Johnson. “Integrated
project development in itself is always a task and to have so many
government regulations satisfied is quite an accomplishment.

“Ports have been slagged and really hit hard for years for their
ineffectiveness but it sounds like he’s trying to get a leg up and have
an effective port program so I definitely had him as a close second.”

Nichol and Helm will be featured in the September issue of Canadian Security and honoured at a dinner to take place Oct. 23 in Toronto.