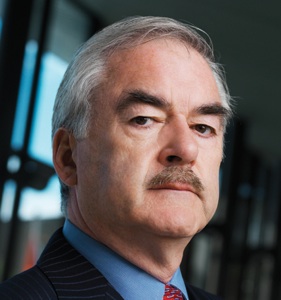 As the Canadian Society for Industrial Security (CSIS) tries to beef up membership, the president of the association insists that to stay relevant it must become the Canadian voice for the security industry.

In an open letter to CSIS members issued March 7, president Gene McLean
outlines his desire for a slight name change for the association and
the intention to play out his revitalization strategy to 2015.

Dear Members,
I have been developing a strategic approach to what I believe this
Society should be executing for the next year.  Originally I was going
to discuss this prior to our May Annual Conference in Ottawa, however
now that we have re-scheduled until September, I thought it prudent to
communicate in writing now.
From the very beginning of my tenure, my primary strategic initiative
first and foremost has been to increase our membership.  In fact, our
Executive Director Bob Marentette has said that it looks like I am
doing my own “one man membership drive”.

At last year’s conference I had talked about this important issue.  In addition, I have also responded in interviews with Canadian Security
magazine stating that that increased membership is my key objective for
2010.  If CSIS is to be relevant today, then membership has to be both
renewed and new members attracted to the Society.

Secondly and in concert with the drive for increased membership, we
must review the mandate of the Society.  I believe that there has been
too much chatter about being taken over by other security associations
and discussions about CSIS being a “dead society”.  We need to review
where we are and where we think we want to be in 2015.

Third, I have a burning desire to change our (Society) name, either in
whole or retain the acronym of CSIS Inc changing the words to “Canadian
Society for Integrated Security Inc” ”“ the key word being
“integrated”.

This could be a two-step process:  first change the word and secondly
institute a complete name change since this would involve some research
and business process as well as possible governance changes.
In the mid 1950’s, the word “industrial” might have been a very good
fit, but in the 21st century it is now out of step.  Security is much
more than a security guard standing at a door.  Security must be a
fully thought out and integrated resource that goes hand in hand with
technology and other risk mitigation factors.

Finally, if CSIS Inc is to be relevant today and moving forward, then
it must become the Canadian voice for the security industry. When
legislation, either provincial or federal is being considered, then
CSIS Inc must be involved to provide that sound advice and counsel that
can only come from experienced and knowledgeable Society members.

CSIS should and must become the advocacy model in this country.  Politicians and bureaucrats alike should have us on speed dial!

To recap, the strategic direction is:
Build membership to add value to the society
Review the mandate of CSIS  Inc”“ where are we in 2015
Change name and or acronym of CSIS Inc
Advocate on behalf of the security industry

CSIS has a large number of high value members. Unfortunately, I don’t
see a great number of these members at our monthly meetings.  I also
don’t see nor can I verify that all members are also on a membership
drive.

As members, this is your Society.  CSIS Inc is a proud organization,
but it has to be driven by a strong desire from the grass roots
membership to build, expand and add value.  This is not the sole
identified role of the President, or the Executive, but one where
everyone has to play a part.

I hope that you will consider this communication as a “rally cry” to
each and every one of you out there.  There is no value, nor is there
any interest in members shooting arrows from the outside in.  The call
for action is for all of you and for everyone to focus on and to get
engaged.

On this front, you can add real value by attending the regional monthly
meetings; by reaching out to key security professionals and individuals
interested in security to become CSIS Inc members and lastly, to think
of security in the manner that incorporates the many facets of this
industry, that brings it all back to the 21st century of ”˜integration’
and security that encompasses the entire enterprise.
Thank-you