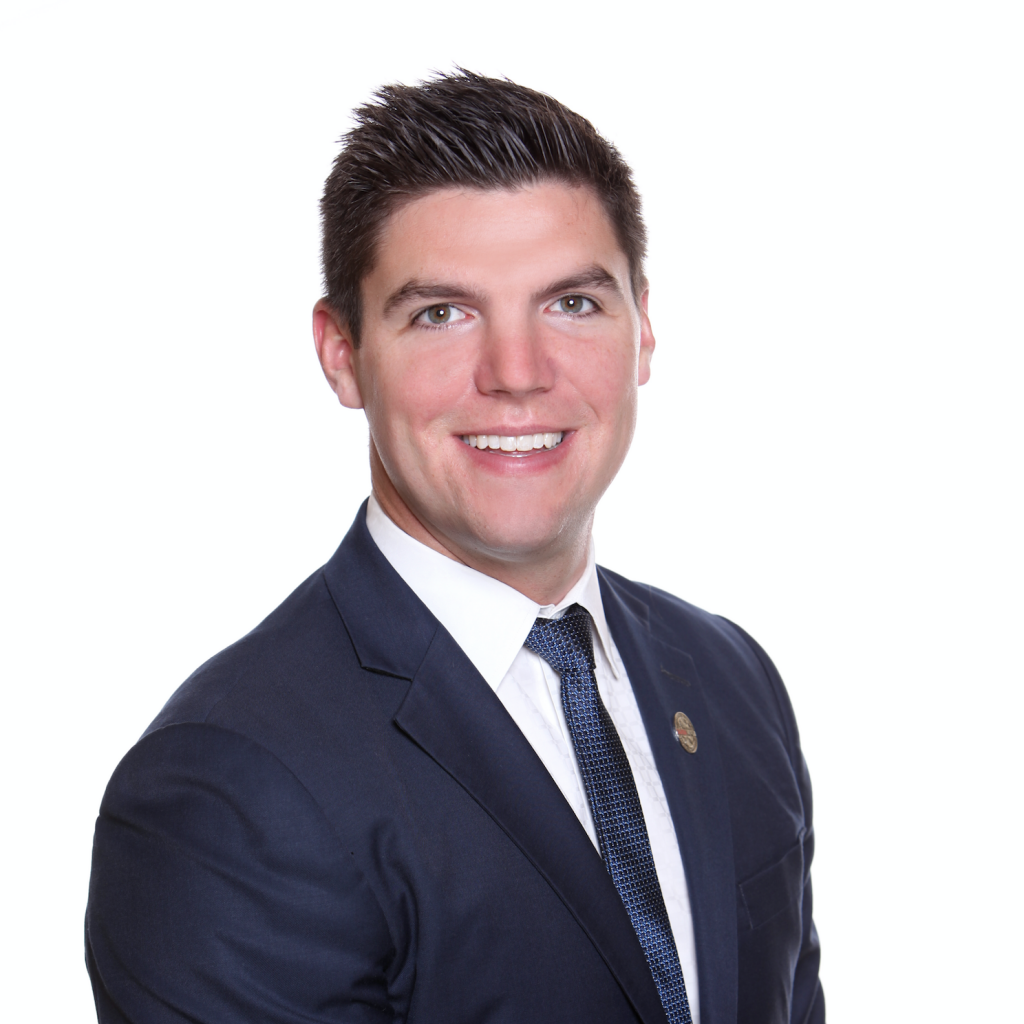 Security is a family business for Scott Young. He has a sister who works at the same firm, GardaWorld, and a brother who used to as well. Young’s father, after 18 years with Edmonton Police Service, started his own security company which was acquired by Garda, and he served the security services giant as Western Canadian vice-president from 2005 until 2018, when he was succeeded by his son.

But for Young, who now oversees 3,000 people across Alberta, Saskatchewan and Manitoba, the journey to this point was a long one, marked by several roles and changes of address.

Young got his start in security as a dispatcher in Edmonton in 2001, and worked part-time in various roles in high school and university. Then in 2006, at age 20, he was hired as an account manager for Garda, overseeing about 25 clients. He transitioned into a sales role in 2009, serving as a business development manager. He says, “I had some success, learned a lot of hard lessons in terms of losing bids. You learn a lot from winning bids as well, just understanding the industry, understanding client needs.”

In 2011, Young moved to Calgary, working as business development manager for all of Alberta.

It was in Calgary where Young was introduced to ASIS International and took on the role of Young Professionals liaison. Working for the program aimed at security professionals under the age of 40, Young would set up networking events with security industry speakers.

His work with Garda then took him to Vancouver in 2014, where he was promoted to director of business development for Western Canada. He continued his work with ASIS, again as a Young Professionals liaison and chairing the local chapter in 2016 and 2017.

During that time, Young was earning an MBA from Athabasca University on evenings and weekends.

Colleen Arnold, vice-president, national customer service excellence and operations for Central and Atlantic Canada, GardaWorld, was Young’s direct supervisor when he was in Toronto. She says, in 2017 “he grew our business organically by 15 per cent.”

Arnold continues, “When Scott came to Toronto in 2017, I would say that Garda in the GTA (greater Toronto area) was not very well known. It didn’t have a huge presence. So Scott came on to the scene and whether it was through his ASIS contacts or just getting out there to industry events and going out and meeting people at every opportunity, he really raised our profile.”

After enjoying success in Toronto, Young’s biggest opportunity came when his father gave notice he was ready to retire. “They were looking for someone for quite some time, about a year,” Young said. Ultimately, the Western Canada region was divided into two, Pacific and Prairies, and Young was made vice-president of Prairies. He moved back to Calgary in October 2018.

Young says moving around from place to place has always been interesting. “Every city is like getting to know a person. Every city has its own unique personality,” he says, crediting ASIS with helping him establish himself each time he moved.

Now, in addition to 3,000 staff, Young has 10 direct reports and has moved from a sales role to an operations position. He says, “It’s a great opportunity to get to know these people and develop them.” Young says he has made internal development a major focus. “You can’t always import skills and expertise and experience.”

Young sees his professional role as a leader for Garda and his work with ASIS’s Young Professionals program, which he now helps lead nationwide as co-assistant regional vice-president, as pivotal to fostering the next generation of security leaders.

Arnold describes Young’s approach to business as “current and forward-thinking,” and commends him on his drive to constantly learn more about the changing dynamics of the security industry. “He pushes us because he’s always thinking outside of the box.”

Young also contributes to the security industry through volunteer work with the Building Owners and Managers Association (BOMA) and the International Association for Healthcare Security and Safety (IAHSS).