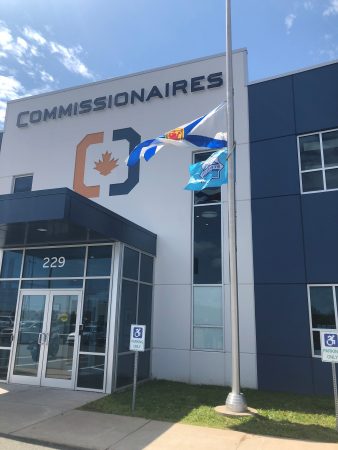 Commissionaires Nova Scotia announced it is teaming up with the Halifax Wanderers Football Club to serve as its Official Public Safety Partner for home matches and other events at Wanderers Grounds.

According to Commissionaires, approximately 40 commissionaires will be employed for each match — they will be responsible for collecting tickets, ushering guests and providing a safe environment for spectators.

“We are thrilled to welcome fans back to Wanderers Grounds,” said Derek Martin, founder and president of HFX Wanderers FC, in a statement. “We are relying on the professionals at Commissionaires to ensure all public safety protocols are met so our supporters can do what they do best – cheer and have fun!”

Wanderers FC is one of eight clubs competing in the Canadian Premier League. According to Commissionaires, this partnership “creates a link for Commissionaires to get involved with Major League Soccer, the professional league home to CF Montréal, Toronto FC, and Vancouver Whitecaps.”

“We are proud to be the first point of contact for soccer fans as they return to the stands,” commented Geoff Hamilton, CEO of Commissionaires Nova Scotia. “Event services is an area of our business we see great potential in, particularly now that in-person gatherings are resuming. As a not-for-profit, direct involvement with the community is important to us. We always want to be a good neighbour for the areas we serve.”