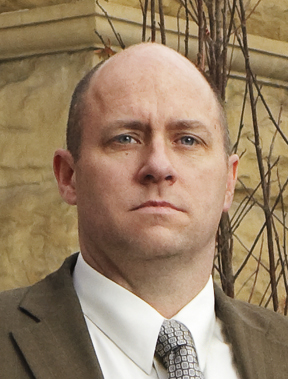 When Owen Key arrived at the City of Calgary six years ago, the security department was more reactive than proactive.
Much of the department’s time was spent conducting investigations and the physical security of municipal buildings was managed locally at each site, with aging equipment and nothing in place to connect the dots for a clear picture of the City’s security posture.

Fast-forward to today and centralization is the word. Key proudly shows off his new control centre, which monitors all facilities on a networked surveillance system. The department has conducted thorough risk assessments involving 700 locations and the City has been able to reduce the number of incidents at the main municipal complex by as much as 82 per cent in two years.

Key credits not just his department, but a number of partners that include Calgary Police and local social services agencies and business groups.

“It’s one piece of the larger puzzle. It’s the first time in my career that I’ve seen a high level of co-operation between varying agencies and law enforcement and a real sharing of information,” says Key who is Chief Security Officer, Manager of Security for the growing City of Calgary.

The City has experienced massive growth over the years and now employs about 15,000 people. Key came to the job with a mind towards strengthening the security team and eliminating the gaps that occurred in terms of understanding how and where incidents were happening. He wanted to give the City more bang for its security buck and a better understanding of the role security can play in an organization. He knew he would have an easier time selling security if he could demonstrate to City council and senior management that security could not only reduce incidents but actually save the City money.

Originally from New Zealand, Key came out of law enforcement and was a senior manager with KPMG, primarily working in computer forensics. He is currently doing is Masters in Security through the University of Leicester in the U.K.

Key manages a multi-million dollar budget at the City and in 2009 began a serious overhaul of the city’s security technology systems with a mind towards creating a control centre that would monitor all surveillance feeds and incidents and feed it back to a centralized database.

“I was asked to shake the tree on the security side of things and be aggressive and increase the amount of security resources and the type of work being done to a level that was commensurate with the size of the organization,” says Key.

Previously, the department was made up of a group of security advisors who took on tasks as they were assigned.

Investigations took up most of the department’s time, with physical security projects getting less attention. After bringing the department together in a focus group, it was determined that to meet the requirements of the City, Key would need to re-organize the department.

Corporate Security was divided into three groups: Physical Security, Investigations and Security & Technical Operations, each with a specific focus and service mandate. This initiative improved service to the units of the City. He also has an emergency response planning advisor whose primary focus is business continuity planning, labour action and emergency response planning.

“When I started, there were just five of us and we were focused primarily on investigations and some physical security advice and support to the business units,” he explains. “We changed our model in 2009 and took over the operational security from the facilities and individual business units because it was so fragmented and because frankly, we had the expertise to do it.”

The department has now grown to include five separate sections within corporate security — administrative, an investigation section with five security advisors, a physical security team lead, security operations and technical operations team lead with a roster of 150-200 in-house and contract guards.

There is also a city-wide, networked CCTV system. Previously, CCTV was localized to specific buildings or municipal properties and fell under the responsibility of those specific departments.

Key drove the initiative with a mind to providing a coherent and consistent CCTV system that would act as a standard across the organization. “Before we changed the system, pools and arenas had their own DVRs,” he says.

But before embarking on the massive overhaul Key’s department conducted extensive risk assessments and came up with a ranking of facilities. “We used a methodology to rank over 700 sites and once we had those rankings that’s how we prioritized resources.”

In particular, a threat risk analysis was conducted on the Calgary municipal complex (City Hall), which houses 2,500 people and is comprised of three different buildings. Nine recommendations were made for improvement and $2 million in capital funding and $1 million in operating was approved to increase the security at the complex.

Key credits council members and senior management for supporting the improvements and changes to the way he wanted to manage security.

Those improvements include a revision to the hours of operation, increased CCTV coverage, increased guard services and the establishment of a new integrated security centre.

“We have gone to a concierge model. Contracted guards are placed in strategic position to act as concierge in what is basically the greeter model. We have to balance a secure building with the Municipal Government Act which means the public has a right to get access to municipal services,” says Key.

IndigoVision was chosen to run the cameras on the network. As much of the system would have to work locally within remote facilities of all types, the IndigoVision product was deemed the one best suited to this application. Tying all of this together would be a monitoring and a response function, requiring the creation of a dedicated Security Operations Control Centre, which, in addition to monitoring CCTV throughout the city, manages security patrols, guard service at sites, reporting and data collection and monitoring of the Public Safety CCTV network for downtown Calgary.

The IndigoVision system monitors 30 different departments around the city, including parks and recreation, transit centres, water utilities, fire, emergency response, road crews and parking authority. All total, there are 600 cameras and NVRs on the system.

“We primarily still have an analogue camera system utilizing encoders to add cameras to the network. We use Bosch and Panasonic because of the low failure rates and reliability of those cameras for the weather here,” he says. “We’re experimenting with IP and megapixel cameras in the coming year. Whatever we choose though will be ONVIF compliant.”

The City also has three mobile security vehicles, which are equipped with laptops that can access live or recorded surveillance video from any camera over the 3G mobile network.
Data streams from different city operations are integrated into a centralized Oracle database. This allows the City authority to analyze an array of data. For example, for any area of the city, a map can be pulled up showing crime statistics, including the number of crimes, what kind of incident it was and any associated video clips that have been imported from the IP Video system.

The security department shares its CCTV information with the Calgary police service and its emergency operations centre is part of Calgary Emergency Management.

The City also uses PPM 2000’s Perspective tool for incident reporting. A believer in the benefits of Physical Security Information Management tools, Key’s goal is that eventually all data collected will be managed and reported on centrally.

The next major phase is to incorporate the Lenel access control into the whole data control progression, including full integration with the surveillance system across the IP network.

This will be done using one of IndigoVision’s integration modules. Events and alarms from access control points can trigger actions and create logs in the IP Video system, producing a complete audit trail.