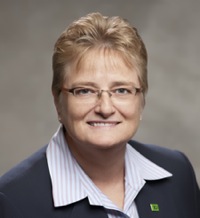 Carol Osler, senior vice-president of global security and investigations for TD Bank Group, has been named the winner of the 2012 Security Director of the Year award, sponsored by Anixter Canada, by Canadian Security magazine’s editorial advisory board.

A 30-year veteran of the security industry, Osler has been with TD since November 2009. In that time, she has unified the security team, added forensic accounting, risk methodology and a special investigations unit. Most recently she oversaw the creation of an incident reporting centre, which opened in November 2011. The IRC’s functions include the intake and triage of security incidents, alarms, guard deployment, video retrieval and other crucial information.

Osler has also spearheaded a Women in Leadership Corporate Shared Services chapter to promote the growth and development of women in security, and is an active member of ASIS International.

The Canadian Security editorial advisory board chose Olser among the nominations for her dedication to the profession, strong leadership and continued outreach to the security community.

Osler will be the cover subject of the Sept/October issue of Canadian Security magazine and will receive the Security Director of the Year award at a gala dinner to be held in October.