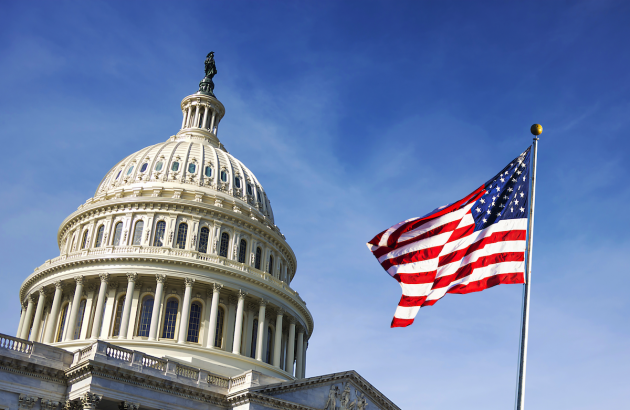 WASHINGTON — Lawmakers are trying to balance openness with safety after Friday’s attack within steps of the Capitol, a challenge for Congress, nearly three months after a mob stormed the seat of American democracy, to “make it as secure as it needs to be but as free as we could possibly make it,” as one senator said Sunday.

The sprawling complex has been ringed by security fencing and National Guard troops since the deadly Jan. 6 riot, when supporters of then-President Donald Trump breached the Capitol as members of Congress were certifying Joe Biden’s election victory.

Friday’s attack, now believed to be an isolated incident by a disturbed man, came just weeks after the outermost layer of fencing was removed and the military’s footprint was reduced at the Capitol. The man rammed a car into two officers at a barricade outside the Capitol, killing one of them before he was shot to death by police.

It quickly underscored the persistence and the range of threats to Congress and the officers charged with protecting the legislative branch.

“I think the Capitol has always been a target. … We need to be aware of that,” said Missouri Sen. Roy Blunt, the top Republican on the Senate Rules and Administration Committee, which oversees that chamber’s side of the Capitol.

Retired Lt. Gen. Russel Honore, who was tapped by House Speaker Nancy Pelosi, D-Calif., to undertake a security review of the Capitol following the insurrection in January, said it was clear the building had become a greater target.

His task force recommended steps to Congress to bolster the complex’s physical security, including hiring hundreds more police officers, hardening entrances, enhancing its surveillance system and developing plans for quickly deployable fencing. But he indicated on Sunday that large-scale permanent fencing was unlikely.

“From inside the Capitol, talking to many members of Congress on both the Senate and the House side, both parties, they all left us with the impression their number one mission is to secure the Capitol, but make sure it has 100% public access,” Honore said on ABC.

He said that after the Sept. 11, 2001 attacks, 250 National Guard “stayed at the Capitol for two years. And we may look forward to seeing that happen again.”

Blunt said the permanent fencing should come down. “I don’t think it does the job. In fact, the fencing was right there when the car drove through,” he said. “I think it would be a mistake for fencing to be a permanent part of the Capitol.”

Police identified the slain officer as William “Billy” Evans, an 18-year veteran who was a member of the department’s first responders unit. That was the same unit to which officer Brian Sicknick, who died from injuries suffered during the Jan. 6 insurrection, belonged. Dozens of officers were injured in the riot, many seriously, and another officer died by suicide later.

Federal prosecutors, in court documents, have argued that the riot was planned in advance, with Trump supporters, militia groups and others plotting in advance to disrupt the counting of Electoral College votes. Chatter of a follow-on attack in March kept thousands of guard troops in Washington for months.

Friday’s attacker, identified by police as 25-year-old Noah Green, rammed a vehicle into Evans and another officer at a barricade just 100 yards from the Capitol building. He exited the car with a knife before he was shot to death by police, officials said. He had been suffering from delusions, paranoia and suicidal thoughts, a U.S. official told The Associated Press.

Investigators are increasingly focused on Green’s mental health as they work to identify any motive for the attack, said the official, who was not authorized to speak publicly about an ongoing investigation. The official said investigators had talked to Green’s family, who spoke of his increasingly delusional thoughts.