COVID-19 Updates Features
Canadians should wear masks to protect others when in public: Tam 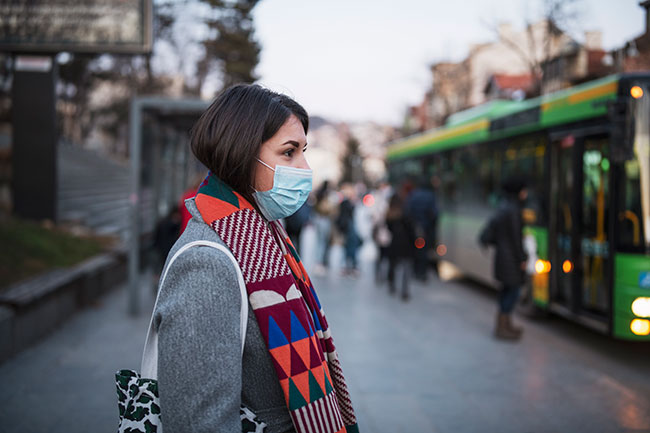 OTTAWA — Canada’s public health experts are now fully recommending Canadians wear non-medical face masks in public when they aren’t sure they will be able to keep their distance from others.

“This will help us reopen and add another layer to how you go out safely,” Tam said Wednesday in her daily briefing to Canadians on the COVID-19 pandemic.

She stressed that a face mask is not to replace other measures like physical distancing, handwashing and staying out of public places when you can. And she said people should see it as a way to protect other people, noting when two people are both wearing masks, they are each protecting the other.

“It is an added layer of protection,” she said.

The advice is slightly stronger than the suggestions over the last couple of weeks that people should consider wearing a face mask in public and comes with a national consensus of all federal and provincial chief medical officers of health.

It is a complete turnaround from her advice seven weeks ago that people who are not sick should not be wearing a face mask at all. Canadian officials were reluctant to suggest face masks early in the virus outbreak for a number of reasons, including the need to ensure medical-grade masks were restricted for use by front-line health workers. There were also fears that wearing masks would prompt people to touch their faces more often and stay apart from others less often.

Tam also said initially it was believed the novel coronavirus was only spreading from people showing symptoms. That understanding has changed, as it is now known people without symptoms can transmit the virus to others.

She said in future respiratory outbreaks, wearing face masks might become a normal part of the public health response. She did not suggest she regrets recommending against using face masks earlier. She said the tried-and-true public health measures of testing, contact tracing, handwashing and physical distancing have worked to slow the spread of COVID-19 in Canada.

The new recommendation remains specific to non-medical masks, often made of cloth. There has been an explosion in the production of such masks this spring. Old Navy now sells face masks in its online shop and Vistaprint, an online printing company, has added face masks to its promotional items like business cards, mouse pads and coffee mugs.

Tam began to shift the advice in early April, and over the last week or so, several provinces specifically told people they should begin wearing non-medical face coverings when in public. Wednesday was the first time there was a national consensus on the matter.

Mask wearing became a normal activity in a number of places around the world, including Hong Kong and South Korea, almost as soon as the new coronavirus appeared. More than 50 countries have now made wearing one mandatory, including the Czech Republic, Venezuela and Spain,which enacted such a rule just this week.

Canada is not making it mandatory, said Tam, though local health officials can do so if they believe it warranted, particularly in places where community transmission of the virus is continuing.

The shift in advice came Wednesday with the sight of more MPs and cabinet ministers arriving in masks on Parliament Hill for the weekly in-person COVID-19 committee sitting. Prime Minister Justin Trudeau said he will be wearing a face mask whenever he feels he can’t stay two metres away from others outside his home. He arrived on the Hill in a mask Wednesday afternoon and wore it into the House of Commons before taking it off for the sitting. He put it back on when he left.

“That’s my personal choice that is aligned, I think, with what public health is recommending,” he said. “I think we all need to adjust to what works in our circumstances and keep safety at the forefront of what we’re doing.”

Tam said accessibility is one of the considerations regarding mandatory mask use, because not everyone can wear a mask. Some disabilities make wearing a mask very hard, such as people who are hearing-impaired and rely on lip-reading from an interpreter to communicate.

“Please be very aware of those with different types of cognitive, intellectual disabilities, those who are hearing-impaired and others,” she said. “So just be patient, and don’t assume that someone who isn’t wearing a mask or is wearing something different doesn’t have an actual reason for it.”

This report by The Canadian Press was first published May 20, 2020.