Caissie is third to leave RBC, Manos takes on Trump and Sanzsole exits the Tower 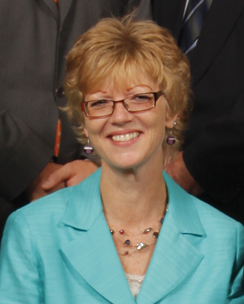 Security professionals are on the move this summer, as several significant players announce they are moving on to new opportunities in key roles.

Prior to going to the City of Calgary, where he has been for the past two years implementing an enterprise CCTV upgrade for the city’s transit system, he was a security and life safety manager at Brookfield Properties.

Bolli also serves as Assistant Regional Vice-President in charge of certification at the ASIS Calgary chapter 162.

The Profile Group of Companies announced June 24 that Jason Caissie is returning to the company after a four-year absence and will assume the role of Vice- President of Operations, effective Aug. 2, 2011. He is the third person to leave from the security department at RBC in less than 18 months. Former Director of Protection Services Ric Handren left last April to be Vice-President Corporate Security at CIBC and Lina Tsakiris left soon after for TD Bank to become Senior Manager, Strategies and Risk Methodology.

In his newly-created role with Profile, Caissie will be responsible for operational oversight of the company’s three business lines: Investigations, Integrated Systems and Pre-Employment Screening Services.

Caissie was most recently a Physical Security Advisor at the Royal Bank of Canada, where he was responsible for physical security design across Canada and on various projects in Europe and Asia.

Caissie provided operational security during the 2010 Olympic Torch Relay and security design for two new Enterprise Data Centres. Caissie serves as Assistant Regional Vice-President for ASIS International, with responsibility for the three Ontario chapters of ASIS. He also holds a Bachelor degree from the University of Western Ontario, as well as CPP, PSP and CISSP designations.

Caisse says he leaves RBC just as the organization is welcoming two new members to the team: Jay Davidson, who came into the group from RBC Information Security and is now Manager, Policy, Procedure and Integration; and Chris Hollingsworth, PSP, CPP, who was brought over from a similar position within CIBC who will be replacing Lina Tsakiris as Manager, Physical Security.

Caissie says Frank McKenna replaced Ric Handren and is “charting a new course for the group.”

“I’m sad to be leaving because the group is heading in an exciting new direction at the moment,” he says.

Carol-Anne Lovell, formerly Vice-President of Business Development with Security Locksmith and Design in Toronto has, after 15 years, moved to ASSA ABLOY Door Security Solutions Canada. She joined the company June 20. Lovell will join their team in the role of End User Specialist.

Her responsibilities will include calling on end users in the health care area within the GTA. Lovell has over 15 years experience in the security and hardware industry with the last 12 years in sales and business development. She is also Executive Chairperson of ASIS International, Toronto Chapter and a member of Key Women in Security (KeyWIS).

Leo Manos, formerly with Reilly Security is now Director of Security for the Trump International Hotel & Tower in Toronto, which is expected to open later this summer.

Jeff Young, who was Senior Director, Business Development, Physical Security with Garda, is now heading up security at Fraser Health Authority as Executive Director, Integrated Protection Services, Lower Mainland Health, replacing Don MacAlister. Young is a member of the International Association of Health Care Security and Safety and also worked at Capital Health in Edmonton and at Children’s and Women’s Health Centre of B.C. from 1990 to 2000.

Al Leathem will now be managing the day-to-day security operations at the CN Tower.