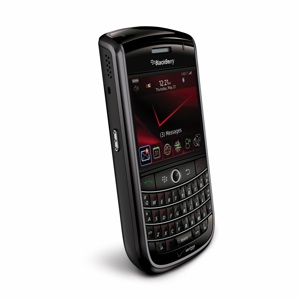 BlackBerry smart phones may be able to do more for security professionals than just delivering e-mails and phone calls, according to mobility experts who spoke recently at the World Conference in Toronto.

“If an officer sees someone suspicious and pulls out his radio, it is
obvious he is a police officer. If he pulls out a BlackBerry it’s not
so obvious,” he says. Officers are able to access crucial information
more discretely.

Nick Dawson, public sector manager at RIM, says many police forces are
starting to use BlackBerry smart phones as a tool in their everyday
practices. “What if officers aren’t in their cars?” he says, explaining
that police officers are no longer chained to the computers in their
cars. BlackBerry smart phones allow the police to access crucial
information while on foot, on horse or on bike, by allowing essential
software and programs to be accessible from their handhelds.

Brown explains that from the very beginning Research in Motion knew
that security issues were just as important as functionality.

“Not only do we design the software and the hardware, we manufacture
the hardware and write the software, so we have a lot of control,”
Brown says. “We ensure the security starts at the hardware level, so
that when we load the software the device can verify the software is
correct.” Brown explains that in this case if someone tried to tamper
with the operating system, the hardware would reject the changes.

Other organizations are not only taking advantage of the software they
can have uploaded to their handheld devices, but also they are taking
advantage of the applications that come with the device.

Dawson and Brown say that during disasters, BlackBerrys will outlast
regular cellphones. For example, in a situation where a wireless tower
is blown down by a hurricane, voice traffic will end but data traffic
will still be able to travel, therefore leaving BlackBerry users in a
situation where they are able to communicate.

An application that is growing in popularity according to Dawson is the
“panic button.” This application allows the user to program emergency
contacts, and with the push of one button emergency messages and GPS
location can be dispatched to all the pre-programmed numbers. Messages
can be sent by text message, e-mail and PIN.

PIN is a feature that every BlackBerry user has. It is a form of
communication similar to text messaging that can be done from
BlackBerry to BlackBerry. PIN is different than regular text messaging
because it is peer to peer. This means that messages are sent directly
from one BlackBerry to another, and the information is not going
through a mail infrastructure, says Brown. This feature is especially
important during disaster because when infrastructure goes down, PIN
messaging should still work, says Brown.

The panic button application was developed by Wallace Wireless, a
company that develops mobile emergency management and business
continuity plans.

The panic button does not only have to be used for emergencies, but can
be used by people on the job, says Rob Moffat, president of Wallace
Wireless.

“I use my panic button to let my family know that my plane has landed when I’m travelling,” says Moffat.

Another way that the panic button can be used is by corporations who
have people working in the field or alone and need to keep track of
where they are. “With one push of a button, a message can be sent to
let the employer know the GPS location of an employee,” says Moffat. He
adds that this is a great application for someone who makes a lot of
stops in a day in different locations.

The panic button application can be downloaded for free at the BlackBerry App World website.