ASIS Toronto Women in Security: Lift as you climb

ASIS Toronto's annual Women in Security event, held Nov. 15, focused on changing attitudes towards diversity in the industry, as well as the value of networking and mentoring in career development. 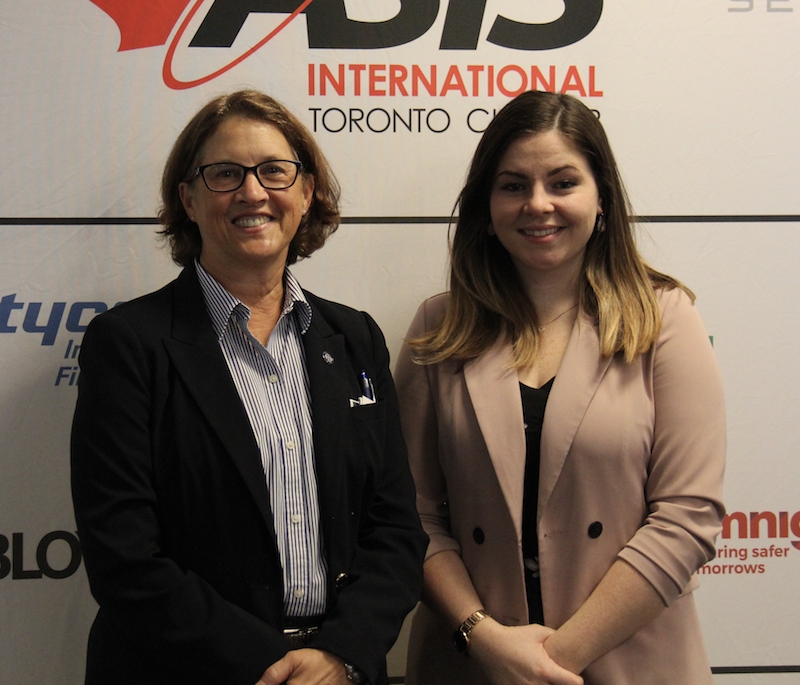 Snook, who has worked in the security industry for 35 years, remarked that it was very much an “old boys’ club” when he started but that has changed over time, with more emphasis today on diversity and inclusiveness.

Milne said that diversity is a term used at UHN to describe differences in the workplace — not just male and female but all forms of diversity. He said the organization is working towards an understanding of who is best able to fill a given job as opposed to creating “male” or “female” roles. Currently health-care as a profession is approximately 75 per cent female overall.

Scott noted that the TTC’s staff is only about 20 per cent female today, but the organization has done a lot of work in terms of trying to recruit new people into the industry.

Sephora tends to draw more women than men into its employment ranks, said Guiry. There are lots of female applicants for jobs, but a significant lack of males. “What do I have to do to get more males (to apply)?” she said.

Milne recommended that potential employees who are interested in starting or advancing their careers should market themselves more effectively and motivate themselves to step outside of their comfort zones. Guiry also noted that the security industry itself needs to do a better job of outreach and disrupting common myths. Too many young people think that security is about walking around an empty mall or museum after hours, she said. The industry needs to better advertise its opportunities.

Keynote speaker Rosanne Manghisi reflected on her career as a police officer in the New Jersey State Police. She now works as senior vice-president and chief of staff for SOS Security, a New Jersey-based security solutions company — a company she says actively promotes women into leadership roles.

Manghisi dispensed career and life advice to the assembled ASIS Toronto members, suggesting that finding a good mentor can made a radical difference in a person’s outlook and career development. Do you want to learn and do you want to listen? said Manghisi. You have to be willing to listen. Have a career plan, she added — and run that plan by your mentor. Also, support your mentors — recognize their accomplishments by, for example, nominating them for an award.

Manghisi said she writes notes on the business cards she receives through networking — they help her remember the person and important takeaways from the conversation. “I always carry my business cards,” she said, “because you never know what door might open.”

One of the major themes of Manghisi’s presentation: lift as you climb — strive in your career but also support those around you as you succeed.