ASIS International Canada members will be celebrating the 28th anniversary of Canada Night in Atlanta, Ga., this year.

We are excited to announce that the event will take place on Sunday, Sept. 11, 2022, at Hudson Grille, in downtown Atlanta.

Canada Night, hosted by the ASIS Canada Region 6 event committee and supporting sponsors, is excited to hold their annual social mixer event which welcomes close to 1,000 attendees each year.

After a two-year hiatus due to travel and social restrictions, the event will be open to all ASIS Canada and ASIS International members and guests attending the 2022 Global Security Exchange (GSX) and Expo.

“The main objective of the event is to provide an informal atmosphere where fellow Canadians and ASIS members working in the security industry can meet and mingle, and get inspired to develop their international network. We are very proud to host this popular annual event for our members and international community. We are grateful to all who support us each year, making it possible for us to contribute to the ASIS Foundation, providing scholarships, grants and research,” said Caissie.

Although Canadian constituents host Canada Night 2022, all attendees at GSX are invited to attend to acknowledge and celebrate our Canadian members and achievements. Canada Night 2022 offers a vibrant atmosphere for all ASIS members and guests to gather. Admission, as well as a complimentary appetizer buffet and late-night pizza will be offered (as available). Drinks may be purchased at the bar.

This not-for-profit event is made possible solely through the generous donations of all our sponsors. For a full listing of all supporting sponsors and event details, please visit www.asiscanada.ca.

Hudson Grille, downtown Atlanta, next to CNN and the Georgia World Congress Center, is located at 120 Marietta Street, NW. The doors will open at 6 p.m. to Canadian members, followed by the presentation of the Ron Minion Award at 6:30 p.m.

At 7 p.m., the event is open to all ASIS International members and guests with the evening wrap-up at midnight. Admission to enter is free to all attending the GSX conference and guests. 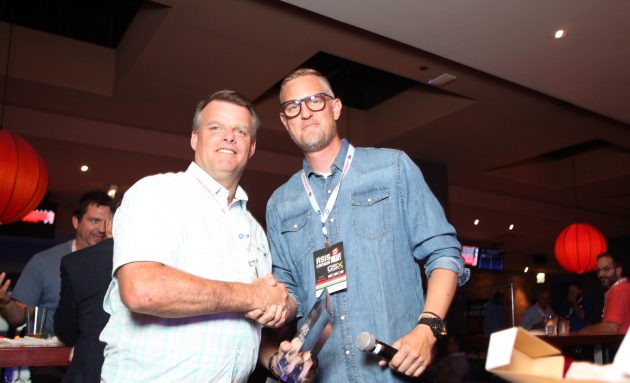 Ron Minion, CPP, was the first recipient of the award in 1999. Ron was instrumental in bringing ASIS to Canada.

He, along with others primarily in western Canada, worked tirelessly to establish the first chapter in Edmonton and then in Calgary. Ron passed away after a lengthy battle with ALS, also known as Lou Gehrig’s disease. The award was renamed in his honour.