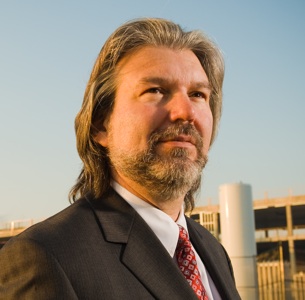 Martin Green has found creative ways to keep the hospitals he works at secure. When it comes to upgrading technology, progress has been slow but that’s what happens when you’re competing for dollars that could also be spent on life-saving hospital equipment.

A 2003 Pontiac Montana mini-van parked outside Rouge Valley Health
System in Scarborough has RVHS vanity plates. It’s the Centenary
hospital site’s lone patrol vehicle. The only reason the security
department even has the van is because the hospital’s manager of
security and parking, Martin Green, struck a deal with a local car
dealership to donate it. He got someone else to donate the light bar on
the top of the vehicle, and ongoing donations he solicits from the
community are used to maintain the vehicle for the department. Last
year, he also picked up some slightly-used DVRs when another colleague
in the public sector was upgrading equipment.

It’s another example of how Green has become savvy in the ways of
managing on a limited budget. Even though Rouge Valley Health System
(RVHS) — which consists of Centenary Hospital in Scarborough and
Ajax-Pickering in Durham Region — is experiencing some facility
renewal, the security department continues to have limited resources so
he finds way to keep his aging security system running and provides
coverage the best way he knows how. The hospital is the only one in the
GTA that doesn’t have a dedicated security officer permanently
stationed in the ER. It also has aging camera infrastructure and is
running a $78-million deficit.

It’s a hospital group in the middle of several redevelopment projects.
Centenary’s facilities are in three buildings — the oldest built in
1967 is not fully outfitted with a sprinkler system. A Birthing and
Newborn Centre at Centenary opened on Dec. 10, 2008. This all-new
addition to the Rouge Valley Centenary hospital campus (located at the
corner of Ellesmere and Neilson Roads) is state-of-the-art with a Hugs
infant protection system.

About 20 mental health unit beds were also transferred to the Centenary
site from Ajax in the fall of 2008 making Centenary the largest
in-patient mental health unit in the GTA with a total of 60 beds.
However, no additional resources came with that transfer for the
security department and its role in assisting staff with those patients.

Green grumbles here and there about the financing of security in health
care, and while he’s usually able to adapt, sometimes unfortunate
incidents prove that his call for additional resources was appropriate.

Until a tragic event last April in which a man tried to stab himself to
death, there was no means for the staff area of the ER to be locked
down in an emergency — even though ER doctors had been asking for it
for almost 10 years.

It took a $25,000 fix for mag locks to be put in place in the staff
area because the doors were fire exits. Until that man attempted to
take his own life, it wasn’t a priority item.

Another example was during the SARS crisis of 2003. The province
eventually provided the funding to help the hospital ensure the
emergency ward could be locked down electronically, but as with so many
things in security, it took a tragic incident before action was taken.

“It’s not that they didn’t want to do it, but other things compete for
priority,” says Green who is also chairperson of the International
Association for Healthcare Security and Safety representing
Eastern Canada.

“If it comes down to me getting a lock on a door versus someone getting
an IV at a bedside, the IV is always going to win. Sure, I’d like to
have IP cameras, video analytics and all these cool toys, but when
you’re faced with budgets that are so small and you’re competing with
requests for new IV pumps, which way do you think it’s going to go? I
managed to get new DVRs from a colleague at another public facility who
was upgrading to IP.”

Despite the budget limitations facing Green, a new 60-camera IP system
is planned for the Ajax site running on its own separate network — not
connected to the hospital systems. The decision to put IP into Ajax is
largely because it is a smaller hospital. “We have 18 cameras there now
and will be taking it to three times that. When I started, there were
none.”

Having a separate network for the security cameras is something Green feels strongly about.

“I’m just so paranoid that something is going to go wrong — if the
hospital servers go down, I’m blind. If their network is independent of
ours, there are no worries about bandwidth issues creating problems
with anything else in the hospital.

At the moment, there is no plan to upgrade security technology and
facilities at the Centenary site, he says, because it’s
cost-prohibitive. “The security office would have to be relocated and
if I had IP cameras and analogue systems I’d have independent systems.
Our guys would have to be looking at two different banks of monitors. I
have 112 digital analogue cameras at Centenary and converting to the IP
systems is going to be very, very expensive. Before I could do I’d have
to relocate my security office at the cost of $40,000 and then look at
the cost of upgrading to IP. I’d love to do it ”“ the ease of putting in
IP cameras is amazing.”

“You’re better served having your own people. I really support the
in-house model. If you look at all the other hospitals with in-house
security (which includes most of the downtown core hospitals) the pay
scales are all close to the same. That’s what it costs to have in-house
security people and they’re worth it.

“My guys at the Ajax site are the lowest paid in the place but they
have the keys to the organization. How does that make any sense?
They’re the ones running to a dangerous incident in the middle of the
night.”

Despite what might come off as a cynical feeling about the support,
Green says he will probably never leave health care. He cares about the
facilities he works to help protect. Walking through the halls, it’s
clear many staff members know him.

“I love it too much. There’s no other place in the world where you’re
going to have the kind of exposure to people that we have here.”

What does he hate most about the job?

“I hate fighting for the dollar all the time.”

Green has also made personal sacrifices to his job over the years.
During SARS in 2003, he worked alongside ER staff to make sure those
visiting the hospital observed the rules about protecting themselves
and patients in the hospital.

“We were Ground Zero for SARs. I didn’t see my family for weeks and it
affected my family in many other ways. My youngest son had a school
friend whose parents wouldn’t let him play with Colin because his dad
worked in a SARS hospital. It was tough because I chose this life but
my kids didn’t choose it,” he says.

Today, he says the industry is better qualified and the profession has
a better feel even though there are fewer resources in health care.

“We’ve seen so much change. When I started at St. Joseph’s Hospital in
1983 I had 25 security officers in my department with no training —
nothing,” he says, adding he’s also energized by the renewal projects
that are happening, hopeful that one day, funding for security systems
will be an easier sell.