Jodie Wallis, who leads Accenture’s artificial intelligence practice in Canada, is the co-host of “The AI Effect,” a five-episode podcast mini-series exploring AI in Canada. The series, also co-hosted by journalist Amanda Lang, features interviews with experts in AI, including academics, policy makers and business leaders. 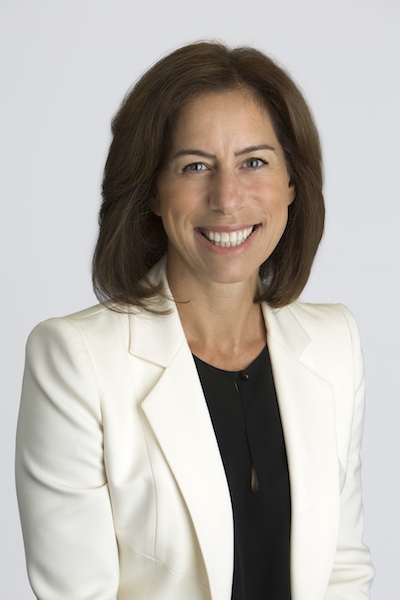 AI can analyze data in real time and compare that data to what it would consider normal, thereby detecting problems before they expand, she explains.

It also helps in a more retrospective way, “trying to identify what’s happened in the environment and where do we have weaknesses that we can shore up,” says Wallis.

However, there are limitations, she says, such as misunderstandings about AI and its abilities, as well as ethical questions. Additionally, businesses need to understand how the requirement for large amounts of data in AI impacts privacy, and they must develop robust data infrastructure and cloud infrastructure in response.

“We need to figure out the right mechanism and the right set of processes … so that we’re not slowing down innovation, but at the same time we’re not opening ourselves up to privacy issues,” she elaborates.

But privacy issues are not relegated to large companies like Google, as Rich Zemel, co-founder and director of research at the Vector Institute for Artificial Intelligence, pointed out while on the “AI Effect.”

“He said he worries less about large digital companies collecting data, because … they have strong protocols,” Wallis explains. “[Instead] he worries about the millions of small companies that are using AI to do things that don’t have the same kind of privacy infrastructure.”

While privacy is a concern, Ahmed Eaton, managing director of security for Accenture Canada, emphasizes that we live in a unique time “where there is an intersection between privacy and security.

“The privacy profession should actually look at AI as an opportunity to ensure effective privacy controls,” he argues.

But he also points out an area of concern: the use of AI by hackers. “Most of the security industry is focused on defence,” he explains. “But one thing we’ve got to keep in mind is that as AI technology is maturing …they will be available to the adversaries as well.”

The race to keep up

So why launch a podcast about AI in Canada?

“The AI Effect” came about for a few different reasons, says Wallis. In late 2016, Accenture launched a global AI practice, and in 2017, the company announced Wallis’ new role as the AI lead for Canada.

“We were looking for a way in the market to get across our emerging point of view, and we thought that a podcast was a more modern, more interesting way to do that than a white paper,” she explains.

While the podcast hasn’t changed her general perspective on AI, there have been some eye-openers.

However, Wallis has seen more commonalities than differences amongst her guests.

Most importantly, there has been a consensus that “we do run the risk of squandering the lead we have in research if we can’t commercialize fast enough. And nobody wants to see that happen.”

This article originally appeared in the May/June 2018 issue of Canadian Security.
Print this page

Related
Senators urge Liberals to act on privacy, security issues with automated cars
No one is immune from hacks, says former Yahoo CEO
Equifax Canada seeks to regain trust in its security after major U.S. breach
Changes to ACMPR “a step in the right direction”