A focused view of the whole house 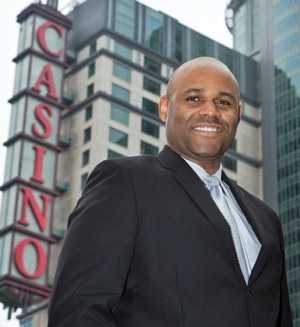 Most people who enter a casino are probably aware that they are almost constantly on camera, but the trick these days is in making sense of all that information and putting it in context.

Richard Paris, director of security for Fallsview Casino and Casino Niagara, neighbouring and affiliated gaming establishments in Niagara Falls, Ont., is acutely aware of the power of information. The establishments he looks after recently installed the iTrak platform from iView Systems, based in Oakville, Ont., to give them a better understanding of what goes on on the gaming floor, under the cameras.

Fallsview and Casino Niagara were using a software package from another vendor, but it lacked flexibility and functionality, says Paris. They were still recording data manually, relying on paper and phone calls to communicate between departments and internally within security. With 260 security officers on staff between the two casinos, there was no shortage of information.

“A lot of previous functions were manual paper-based. Dispatching, for example, was all just done manually. Another department would call us on the phone, security would write it down on a paper log sheet and dispatch someone,” says Paris, who joined Casino Niagara as security director in 2001, moved to Fallsview, the larger of the two casinos, in 2003 and currently manages both.

The casinos now use the iDispatch module, allowing them to have a permanent electronic record of the movements of the security department. There are hundreds, if not thousands, of dispatch entries a day, says Paris.

“Security is able to view on the system which officers are available and assign duties based on that information,” explains Paris. “Through a drag and drop process, which is very simple, the system captures who was assigned, what time they were assigned, when it was completed, how long it took . . . all the reporting data that’s useful for us to manage our operation on a day-to-day basis.”

The iDispatch system has been particularly useful when it comes to tracking the movement of money around the casino floor — one of the security department’s main functions. Prior to the system being installed, a request for cash would come in by phone. Now those requests can be generated electronically from a workstation. “They can just key in an order: ‘We need security with this amount of money to go from this location to that location.’ That is electronically sent to our dispatching centre,” says Paris.

The other main function of iTrak is incident management — keeping track of daily events in the casino. Those could be medical emergencies, problems or incidents with patrons, such as self-excluded patrons trying to enter the casino, or any other event which requires the attention of the security department. Incidents could occur anywhere on casino property: on the gaming floors, the on site hotel, the parking lot, the entertainment complex or the 60 retail outlets that the facility houses. Paris estimates that there are approximately eight to 10 incidents on an average day — 20 or more on a busy day.

Much of this information is generated by the 50 or so security investigators on staff. They are the people who gather the information from the casino floor, taking witness statements and photos if necessary. That data is then returned to the security office, uploaded into iTrak and written into a full report. Photos can be uploaded into the system directly from a digital camera.

“Much of it is drop-down menus or point and click to enter in times, dates, locations, types of incidents,” says Paris. “By the time that security investigator was done with that report, you would have a full record, including multimedia.”

Paris is able to check overnight incidents through an email report generated by iTrak which is sent to him first thing in the morning — he can access a more detailed account when he arrives at work.

“When I come in the morning, I open up the iTrak system and it gives me a summary of all the relevant incidents, any trespasses that occurred in the last 24 hours. Then it’s just a matter of a one-two click if I’m interested in one particular incident and need to know more information on it beyond the summary that was emailed to me.”

Paris is considering some of the other modules offered by iView, such as licence plate recognition and visitor management. The casinos have already deployed the lost and found platform which, as its name suggests, tracks items lost or mislaid by patrons, improving the chances they will be returned.

If, for example, a patron forgets his wallet at a blackjack table, and it’s turned in to security, “we would record in the iView system particulars about the wallet, where it was found, and take a photograph of the article. We would take a report, so that later on — in the next hour or the next day when somebody returns and says they’ve lost a wallet, we would verify that individual was legitimate, check the information we had stored on file in the iTrak system and then return the property to them.”

The iTrak software was deployed simultaneously across both casino properties — the main server is located at Fallsview with a redundant back-up at Casino Niagara. The two sites share information, using the central platform, There are some incidents that both sites are required to see real time. If, for example, somebody has trespassed on the property, and there’s an incident report associated with that activity, that information is important to both sites.

“We just carve out through permissions and access levels who can see what,” says Paris.

Installation of the software was accomplished fairly quickly, with two or three weeks of data conversation from the old system to the new. iView was on site to train dispatchers, investigators and security officers on how to use the system. “It went very smoothly,” says Paris.

Using iTrak has given Paris a better understanding of the security landscape at Fallsview and Casino Niagara. In previous years, it might have been difficult to track incidents that may have occurred in a parking lot, for example, but with the iView system “you can run a report and it will tell you what time of day you’re having the most problems, or what day of the week problems are occurring — which area of the building in which problems are happening. It’s much easier to look at your operations and see where your issues are happening.”

The biggest improvements, says Paris, have come from the iDispatch module, which tracks the almost constant movement of the security forces in two casinos.

“Given that all the information is recorded, we can see in a snapshot where we’re utilizing our resources. Also we know where there’s the most security activity in a certain period of time or if there’s a certain area. Or if we’re looking to manage our staff, we can see who’s doing all the work. All of that information is logged — the workflow of security.”