The Shift from Surveillance to Smarter Operations 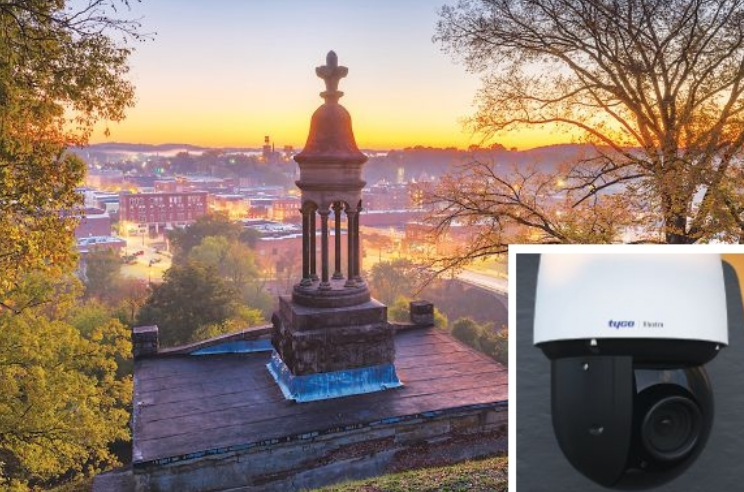 The City of Rome, Georgia, is a mid-size, vibrant city that is home to four colleges and a minor league baseball team. The largest city in Northwest Georgia, it is a regional center for healthcare, education and manufacturing and has served as the filming location for the popular Netflix series Stranger Things and Marvel Comic’s movie Black Widow.

Like many progressive cities, officials in Rome, Georgia wanted to leverage technology to increase its situational awareness. Specifically, the city wanted to address safety and maintenance issues related to monitoring its government buildings, parking garages, water treatment facility and roadways.

With hundreds of cameras spread out over a 15-to-20-mile radius, the city struggled with how to view and manage its surveillance system. Many of its cameras were not connected to an IP network, which required the city to schedule an employee to manually retrieve a full SD card and insert a new one.

“It was not a low maintenance system and it took a lot of resources and time,” said Johnny Bunch, director of technology services, Rome, Georgia. “It wasn’t convenient for anybody in the city.” In addition, the city struggled with providing across the board access to its surveillance footage from different departments. For example, surveillance from the water district was only accessible to those within that department and the police department and city manager could not easily view video. The old surveillance system set-up required downloading the video to a USB drive that would then have to be given to an individual to access.

Bunch said the city decided to move to a cloud-based surveillance system because it provided them with greater versatility and accessibility across multiple departments. The cloud-based surveillance system could also leverage the existing legacy cameras in place, so long as the infrastructure provided access to power and an internet connectivity either through fiber, copper, a wireless connection or cellular networks.

“One advantage with Cloudvue is it supports a large number of cameras. So, cameras we had already purchased we could keep,” said Bunch. “We have had a pretty good return on investment on those cameras and then as the (older) cameras break down we can replace them.”

Now with Cloudvue in place, the city is able to remotely access and view surveillance from the entrance of the police department, municipal building lobby areas, and an equipment storage area for the fire department. The city is also using Cloudvue to proactively monitor for vandalism in its parking garages and cemeteries. Perhaps one of the biggest benefits has been felt by the city’s utilities and critical infrastructure operations, where surveil-lance is used to monitor and help with employee safety. Instead of needing two people as part of a walkthrough inspection at the filter plants, Cloudvue enables the city to have one person physically inspect equipment while another person can remotely monitor for safety from the office. This makes operation more efficient, but still adheres to safety protocols.

The city also installed microphones on some cameras so it can remotely listen to pump stations and visually inspect them. City workers can make sure they are working properly without have to drive out to remote locations. This saves workers anywhere from 30 mins to one hour of driving for each inspection. This saves the City of Rome a tremendous amount of money over the course of a year.

According to Bunch, minimal training was required in order for employees to use Cloudvue. “We show someone how to log in and how to install the app on their mobile phone or tablet,” he said. It’s been extremely low maintenance.”

With Cloudvue installed, the city of Rome, Georgia looks forward to continuing to use the system as a workforce multiplier as part of the city’s daily operations, proving Cloudvue to be a valuable tool that goes beyond security applications.